The LG Rollable phone that could haven been

It doesn’t seem to be just a prototype but a fully functional and usable phone that LG employees was already using. I’m not really a fan of rollable as it seem impossible to add EMR pen support, but it’s quite a shame to have been canceled last minute. 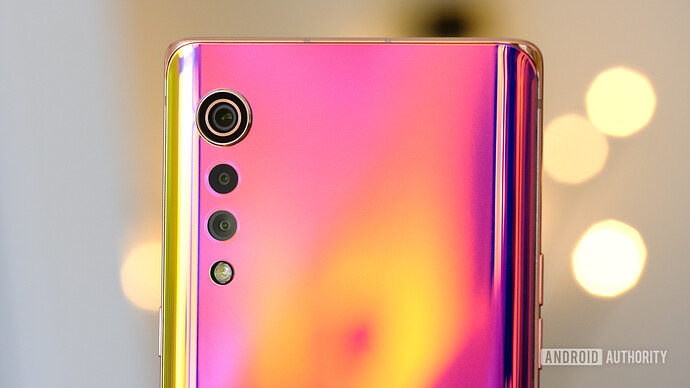 Leak: LG's final flagship is only available to employees at a cut-price

LG is reportedly selling its final flagship, the LG Velvet 2 Pro, to its Korean employees. The LG Rollable is also reportedly up for grabs. Fascinating. Thank you for sharing this.

Yeah that looks pretty darn great. The presenter is also very thoughtful. The auto (?) generated English subtitles are decent, and the guy makes a lot of good points. I like how it’s almost the size of an iPad mini when unrolled, pretty much the dream except it needs a pen in a silo. Too bad this one got canceled, but it looks solid enough that another company will probably give this a go soonish.

Where’d they get that iPhone 20 Pro Max prototype?

He mentioned that the part below the rolled out part is (understandably) pretty bumpy, so I doubt it would be a viable writing space.

Also Wacom EMR isn’t quite suitable for this design, because:

AES thankfully can go to anything with a touch screen, but again the first problem: the rolled out part doesn’t have enough support beneath it to be a viable writing surface. I have seen quite a feel complains on writing over the Fold’s bumpy hinge alone.

Still, as a no pen phone, it had beautiful and smart design that is really a pity to be canceled.

Considering the exceptional difficulty Samsung had in adapting the S-Pen to the fold, ultimately creating two digitizers, one on each half of the display with special software to deal with “border” pen recognition it would seem to me that the difficulty would increase by orders of magnitude to do it with a rollable display.

FWIW, one of our South Korean customers is well connected with LG and has seen a prototype. She says that visually it was really impressive with a much less visible seam(s).

OTOH she also said that folding and unfolding it was more than a bit unnerving due to the sounds it made. She described it as taking a rolling pin over cornflakes.

taking a rolling pin over cornflakes.

That would certainly explain why it wasn’t released to the general public. Youtubers would have a field day.

It’s a shame it wasn’t released.