Three days after formal “reveal” of the S22 Ultra, the rumor mill is revving up for Fold 4 (kind of like day after betting odds this morning on the 2023 Super Bowl winner). Let the discussion begin!

Everyone knows I failed on my Fold 3 quest, mostly due to panic anxiety of being shut out of the Apple walled garden during the holidays while recovering from my hospital stay. That does not lessen the fact that the Fold 3 is an engineering marvel. I don’t see me swimming in those waters again, but I still have the technical curiosity AND believe ultimately it will be a folding pone universe (based almost exclusively on the Flip - the way to make big tall phones pocketable).

So what are we looking for folks:

Hmmm - looks like a conflicting series of “pick your poison” compromises.

I’m going to be annoyed if there’s no silo and they don’t include the Ultra’s cameras.

When you pay so much for a device; you should get the best, not just the novelty and niche features.

I’m not bothered about the crease much (less would be nice, but not at the expense of durability). And I’m not a fan of a short stubby device.

I’d even take regular S22 level of cameras. Personally, I want a Z Flip with S pen. Probably would be tough to have it built in but as long as it has S-pen support I’d be okay with it.

The EMR ‘cartridge’ would just about fit and the body could be telescopic (like the Nintendo 3DS). It wouldn’t be ideal though and I don’t Samsung will do it.

Can’t stress this enough. I need a wider Z Fold 4. Just call it ZF4 Ultra with S-pen silo. Let those who prefer the current narrow profile have the ZF4. Are you listening, Sammy?

TBH, I couldn’t care less about the camera as long as it captures recognizable images worthy of a 2022 imaging device.

Well - looks like @Bronsky may get his wish - siloed S Pen, but @Nnthemperor is a no on a wider screen…

Well - looks like @Bronsky may get his wish - siloed S Pen, but @Nnthemperor is a no on a wider screen…

I had just stopped by Best Buy to pick up a thumb drive and was admiring the new S22 Ultra. 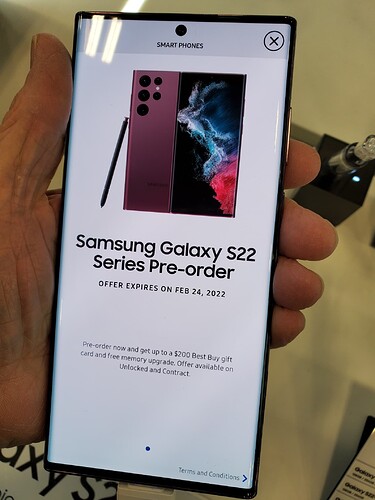 I really like the S22 Ultra. It’s a bit larger than my Note 10 but infinitely more readable. While I was there, I picked up the Fold 3 again saying to myself, “if it only had a siloed pen.” The extra screen real estate is really something to behold. I even held it closed and said to myself, “I can deal with the thickness.” Nothing to do but wait and hope.

a no on a wider screen…

A pen slot will not be enough to make me upgrade. Just got this case with pen stow and using only the front part with the original case from Samsung. It’s not ideal, but at least solves the pen problem for me. Only a wider front screen with the same length will justify a new upgrade. 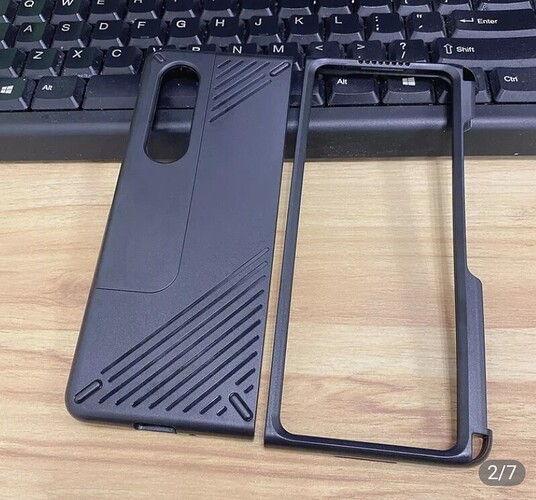 Hi, i am not to keen about this particular case.I had a different experience. I think it damaged both my screen and gave a small scratch to my hinge because it is so hard to remove.
Just my opinon

The outside or the inside screen?
It does screw up the screen protector but not the screen itself nor the hinge. This is just a $10 one that I snagged from AliExpress and I’ll using only the front part.

I will definitely upgrade if it has a pen slot. Plus I keep assuming that the inner crease durability improves with each new version (I think?!)

Whenever I take the Fold3 out of the Samsung or Spigen pen cases, I’m amazed at how much less bulkier it is. Eventually I just want it to use the thin minimal carbon fiber looking case.

Hi,
Yes i was talking the outer screen…i am not 100% positive it is the culpright but since i have several different cases for zfold3, i tend to switch from time to time…and i remember this case i bought from is the most cumbersome to take off and applies a lot of pressure to the top and bottom of the phone with its locking grip mechanism…

If you go on more Android specific boards like Android Central you will see lots of talk about cases that mess with either the internal screen protector, the external or both.

That’s also been my experience with my Fold 3 and the dozen plus 3rd party cases I’ve tried. The only ones that don’t seem to be a problem are Samsung’s own cases and the flip with pen cover is a whole different disaster

Come on Samsung - make the Fold 4 one cm wider and solve both the silo and front screen width issues in a single stroke!

A wider profile, a S-pen silo, and better hidden middle crease are on my wishlist.

I actually have seen quite a few ZFold 3’s in the wild these past few weeks. Was in Los Angeles for over a week and saw quite a few there. One thing that has always been apparent is the very visible crease. It stands out so much, I just don’t see much merit in upgrading from my Duo 1 just yet since visually it looks like your still rocking a Duo-ish hinge.

I can’t speak for the 3, but when using my first gen Fold, I almost never notice the crease.

When you’re using it, you aren’t looking for it. The crease is also much more visible from an angle, which I’m guessing you saw it from.

tl;dr: it’s not really an issue.

Exactly. The crease is much more noticeable to people watching me use mine than it is to me directly.

It’s a fairly basic optical thing similar to how your car windshield can get pretty dirty and still not noticeably affect your view when you are looking through it, but is obvious when you are in the parking lot walking toward it.

I’m with @Tams and @Desertlap on the crease; it’s not really that much of a distraction. Even when inking, you feel the gutter but it doesn’t screw up your writing.