I have no good feel for how well these sell in general though I suspect they do better in Asia than the US or EU. Regardless for some one wanting a pen enabled phone, it’s a lower cost (and performance) option than the Samsung S22 Ultra.

OTOH, the US carrier deals on the Ultra at present are pretty good as well… 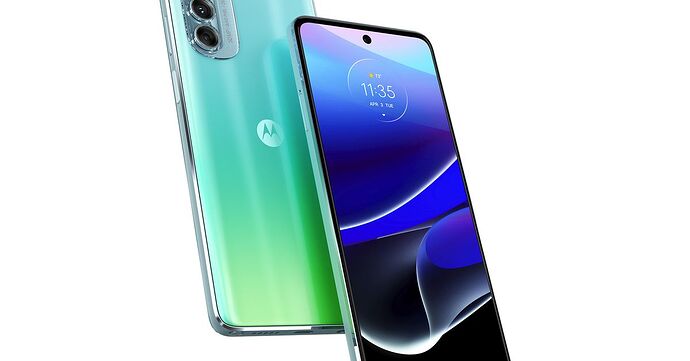 The new Motorola Moto G Stylus 5G has a bunch of upgrades... and a higher price

A more midrange vibe with better specs for $499.

These phone would be a lot more desireable if they could do something like the Nvidia Direct stylus: the screen can tell the difference between the stylus and hand touch to emulate palm rejection, and emulate pressure sensitive by the size of contact ( bigger when the rubber tip is pressed harder). It’s no where near a real active stylus but would still be a nice poor man stylus and can be applied to all range of smartphone with little cost increases. Unfortunately Nvidia gave up on Terga chips and Direct Stylus along with it.

These are still better than the dumb sausage styluses and can still be used to draw nice things with some limitation if the budget can only afford it.

I was honestly surprised that DirectStylus didn’t turn up in the Nintendo Switch.

There are quite a few artists who use Nintendo consoles to draw and the pressure sensitive stylus was quite popular. Not to mention, Nintendo are and really have been the only notable customer for Tegra. Though that might well have only been because Tegra did so poorly in the market.

Maybe the poor quality plastic they used for the display stopped that though. Didn’t stop Nintendo selling a normal dumb capacitive stylus though (which is semi well-built).

Tegra’s still around mind; for vehicles, AI, and Jetson.

Wow, I wasn’t aware the Nintendo switch used Terga chips, a waste of potential considering they always had stylus included in their older resistive display devices.

And now you would have to buy the Color Live Sonarpen to draw with the switch. This pen while works better than your regular dumb stylus with high compatibility, still looks pretty clumsy compared to the DirectStylus.

Yeah, I suspect it is because the display would get scratched to ■■■■ and back. I mean, Nintendo were clearly aware that drawing was quite popular on their consoles.

Sonarpens are interesting tech, but really just a clunky solution.

I reckon if they really wanted to, Nintendo could get Wacom EMR in the Switch given that there are several cheap tablets with it. I’m sure Wacom would be happy to help with something that wouldn’t negatively affect their bread and butter while potentially getting young 'uns hooked on their tech.

I doubt scratching was a problem. The DiectStylus had a soft, fine rubber tip. And it can actually be used with many different capacity styluses. See 1:30, the Sensu brush make pretty neat effect on the Terga. If anything the SonarPen’s disk tip had more chance of scratching the screen . Nvidia probably abandoned it and not have it included in their new gen Terga

And considering DirectStylus is all done in software, it really shouldn’t have been hard to port it over. They did and improved it from Tegra 4 to K1. Though perhaps Nintendo didn’t offer Nvidia enough, but considering that the only other devices that use the X1 are Nvidia’s own Shield TV set top boxes and Jetson, and the Pixel C, I reckon Nvidia weren’t in a strong position to ask for more money.

This made me wonder: Motorola and LG haven’t tried something similar for their stylus lines because they don’t bother, or because the patents for the tech was taken by Nvidia?

I remember reading somewhere that LG attempted on palm rejected for their stylus/stylo line, but see no concrete confirmation or proof video. Probably because it looks so boring no one bother to test it, and LG never bothered to advertise beyond " you can write with it".

Edit: from this PC mag article

The Stylo 6’s stylus is responsive, with almost not lag, and palm rejection works better than it does on the Moto G Stylus.

And this is about the Moto G stylus

Palm rejection is pretty hit or miss. While the phone seemed pretty good at not registering my palm or knuckles as pen inputs with the stylus out, I also had an issue where it wouldn’t register the pen at all if I accidentally brushed the screen with my palm. Not that huge an issue when jotting down a quick note, but it could get annoying if you were trying to write out anything of length.

So these companies probably tried adding at least palm rejection? They are only two articles that mention this however, others reviews either doesn’t even bother focus on the pen or immediately dismiss it as just a dumb capacitive stylus. I hope someone at least do a video test on them.

We haven’t seen or tested it yet, but if that’s really true, I think its great thing, especially if it exposes more users to the idea of a pen enabled smart device. 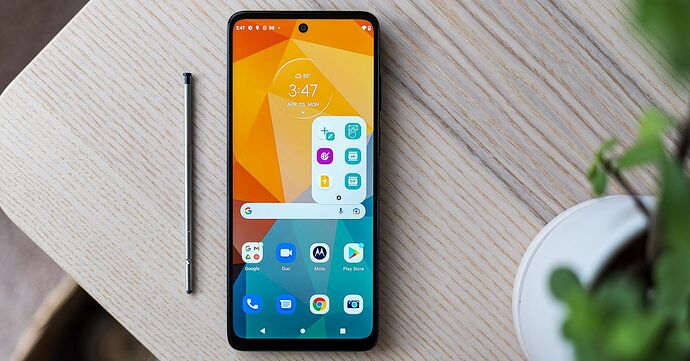 I do like that they mentioned this is capacitive pen vs the S-Pen, but pretty sure S-Pen hover feature works without the need for a bt connection.

Thats’ correct. I think she’s confusing it with the buttons on the SPen which do things like trigger the camera which are Bluetooth based. Otherwise I think she did a good and more importantly, fair review.

The remote features called Air Actions™️ are Bluetooth though.

Related to EMR, while the design inherently facilitates things like Hover, it’s not without it’s challenges . For instance making it less susceptible to false input, was a major reason why it took until the Fold 3 to make it to line with the impressively intricate dual grid implementation . Even then under the right circumstances you can get false input occasionally when touching the pen to the back of the Fold 3 (and s22 ultra as well)