Despite the increasingly popular of the spen, smartphone equipped with stylus is becoming increasingly rare ( and expensive), and sometimes the lesser known active stylus supported phone wasn’t even actively advertised. I would like to make a list of the increasingly smaller pool of penabled smartphone. I will just talk briefly about the pen types. Please add your input if you know anything else.

2, LG: The innovative company that produced a good amount of unique, penabled smartphone but unfortunately died.

3, HUAWEI: they make many penabled devices, but the lack of Google Play is a dealbreaker

4, Motorola: take over the Stylus series after the death of GL smartphone division?

6 Infinix - Hong Kong based Chinese OEM using their ‘Xpen’ stylus. No more styluses since the Note 7 though (speculation: probably legally stomped by Samsung).

Surface Duo with optional Surface pen. Is it even considered a phone?

Depends on whom you ask.

Surface Duo with optional Surface pen. Is it even considered a phone?

I say yes. Anything that is supported for phone calls by a cellular carrier and that fits in (cargo) pants pockets qualifies imo.

Yes, the surface duo is a ‘phone’ for most people.

However, I’m one of those that uses it as a tablet only.

Didn’t one of the Z series moto devices have wacom aes support?

Anything that is supported for phone calls by a cellular carrier and that fits in (cargo) pants pockets qualifies imo.

My tab s6 lite should qualify then, depending on your cargo pockets.

Another undetected, not advertised device. Thank you for mentioning! I wonder if there’s many similar phones that also went under the radar because the pen is optional. 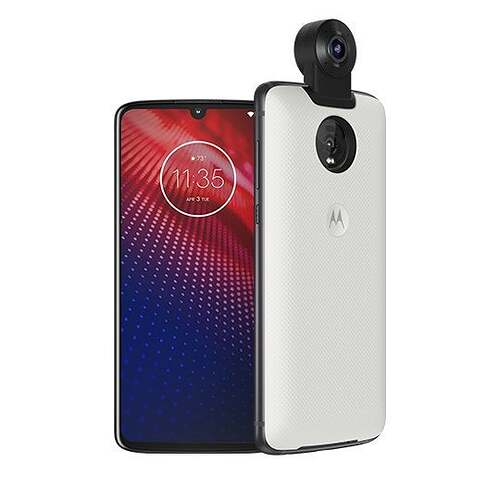 Here’s a new one. Fairly basic, but it does have a silo and comes with a couple of decent pen centric apps as a bonus.

We didn’t formally test it, but have had hands on with it and it feels like better build quality than the Moto Stylus. Alas in the US anyway , you can only get it on T-mobile or Metro. 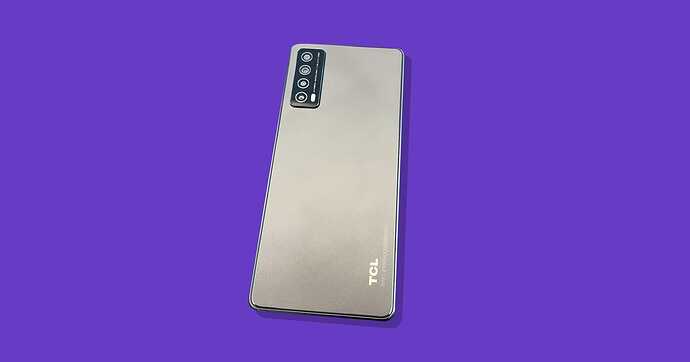 The phone goes on sale Thursday at T-Mobile and Metro stores.

Never heard of the brand, but the stylus looks a lot more similar to the active S-pen than the metal stick of the LG and Moto phone.

Did it have pressure sensitive or palm rejection?

TCL is a fairly large Chinese conglomerate. most famous in the US for their low cost but decent quality televisions.

Wow, that’s good. Getting closer to true budget Note alternative here. I can fogive the lack of pressure ( many art apps have pressure emulation mode), but palm rejection had been the major complaint of the passive stylus phones. Did you try it on any pressure supported apps or just the included notepad app (which won’t show pressure if wasn’t programed for it).

Also, was there a cursor?

just the apps already loaded on the phone. Like I said we just got hands on. If a customer submits one for our certification tests, I’ll post what we find here.

This article says stylus is not active but capacitive instead. TCL Stylus 5G is the company's first phone with a stylus - Liliputing

I don’t trust those article until I see an in depth pen review / video with pen in action, using apps that actually support pressure. And Desertlap mentioned that it had decent palm rejection.

These article might be copying each other so I take them with a grain of salt.

It does look very much like an S Pen and the tip is quite thin.

But given a lot of the other specs are pretty low end (no snub given the price!), I very much doubt EMR would be in it these days (perhaps a few years ago).

That said, LG did end up with capacitive styluses that were really quite thing on their Stylo line, and palm rejection can be down quite well in software as Nvidia showed with DirectStylus, on SoCs that by now may be on par with these budget MediaTek ones.

Time will tell. Would love to see another siloed active digitizer. Particularly at the 250 base price for the phone.

Looks like the TCL is truly a passive stylus. I wonder what kind of pen mechanism it use as the pen tip is noticeably smaller than a GL stylus, and seemed hard instead of rubbery. 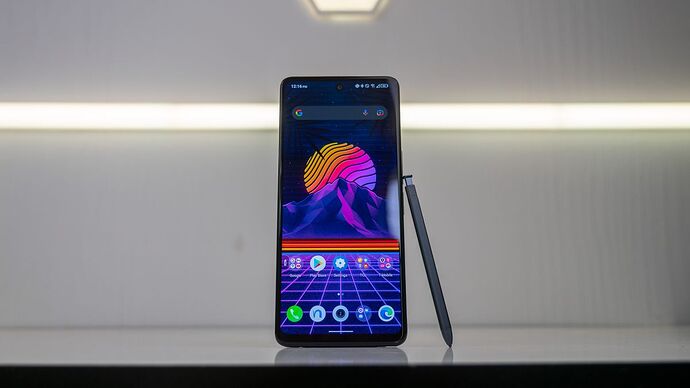 TCL Stylus 5G Review: Not the Note you're looking for

If you ignore the stylus, it's a great value.

Seems like by going with such a thin capacitive tip that the digitiser is prioritising finger touch over the stylus tip.

It’d be fine if they’d used Nvidia’s DirectStylus technology, and I assume even the SoC in there could run it, but given how much Nvidia like to charge people…

Unfortunately DirectStylus seem to be abandoned tech. I wonder if other OEM didn’t try developing this technology because they didn’t bother or because Nvidia keep the patent.

I’m 100% going with Nvidia keeping the patent and if they were approached being an ■■■■ about it.