A 6" device is going to be a hard sell w/ folks having cell phones, but I would be down for an e-ink cell phone w/ (Wacom EMR) stylus.

They already exist. Well, two. The MobiScribe Origin (second device by them) and King Jim Freeno. I’m pretty sure both are the same device in different shells from some Chinese OEM.

The Freeno got discontinued this year, but MobiScribe are still going and have a small niche.

And, while lacking EMR, Hisense are now on their second generation of E-Ink phone and have released a non-cellular version as a pocketable ereader.

I’d say there absolutely is a sustainable niche of customers there. Ones who want notetaking and book/document access, and also want long battery life.

Wasn’t there also something called Yota phone? A Russian entity I believe. What happened to them?

Three generations. Nothing since 2019.

There is a website claiming to sell some sort of model, but given the current situation and the website looking dodgy (listing the device running Android 4.2.2)… I’d steer well clear.

No thoughts of getting one. Just curious as to why it went quiet. Present political situation probably doesn’t do them any good either.

I would rather say, that it didn’t sell well enough.
To special and to expensive

Other’s have commented as well but one of our customers trialed a couple and it had some potentially dodgy preloaded apps which appeared to be doing data harvesting.

We never tested one, but I did get to play with the Yota, and conceptually anyway, it had some charms. 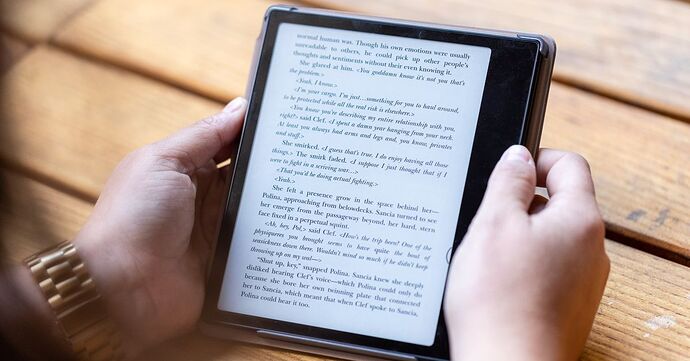 Android and E Ink can be a lovely thing.