On the old forum we had Dale’s Will WOA WOW thread. I think we can agree it hasn’t really wow’ed just yet, but there’s been some progress. Let’s talk about any developments here.

I’ll start: I was pleasantly surprised that Zoom explicitly offers an ARM installer:

And there is this today on the Verge, basically arguing that MS needs to go all in on ARM/WOA.

These types of articles make me wonder if the author has some inside information that they want to share but can’t, due to NDA, so they advocate for it in something like this.

I will say though that Apple utterly changed the conversation and I suspect WOA would have been dead by now if not for what Apple achieved.

Microsoft’s next Surface launch is here — can the company shake up the PC market again? - The Verge

All of this in a compact looking little box. That’s a lot of PC for those that value a clean setup. It’s intended as a dev box, but tbh it doesn’t look bad as a desktop PC, taking up about as much space as your typical docking station. Pretty cool. 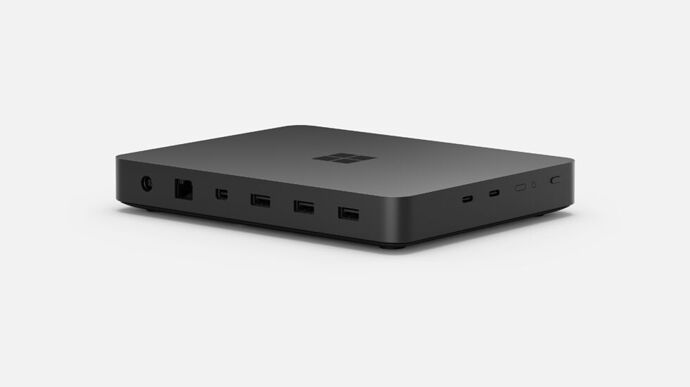 You can tell Microsoft is doing this as a loss leader to get developers in early on. As I suspected, they see big things coming down the pipeline 1-2 years from now with Qualcomm and this is greasing the skids for this their big ARM moment with NUVIA. Count on it.

Is WOA still be going to Qualcomm exclusive though? I wouldn’t expect good price to performance value when there’s no competition, and the current move pushing US chip makers to move back their production facilities doesn’t seem optimistic either.

On another note, people is already getting Windows 11 on Raspberry Pi(unofficially), which is quite cool. 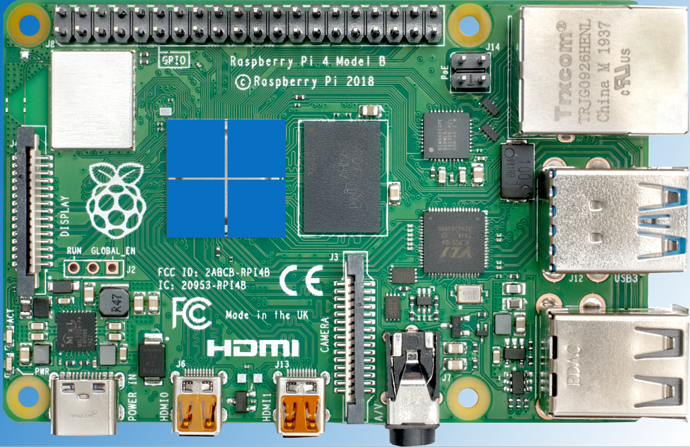 How to Install Windows 11 on a Raspberry Pi 4 (Updated)

You don’t even need a PC to make this happen.

Unofficially yes from what we hear. The agreement was supposed to end this year, but again, unofficially, with the new SQ3 chip, essentially MS and Qualcomm, reupped.

That Dev kit seemed like great value, especially if you consider the premium of each RAM and SSD increase in their usual devices. It seem like either MS is selling at a loss or there must be stock limitations. Would you need to prove yourself to be a developer to buy one? Otherwise it seemed too good to be true.

But there is still competition: x86, namely AMD and Intel.

Would you need to prove yourself to be a developer to buy one? Otherwise it seemed too good to be true.

Well, try to order one and let us know if there are any obstacles. I was able to add it to the cart no problem.

It should not be an issue. It is (was, sold out at the moment) on the MS store for anyone to buy. One of our developers bought one for home before they sold out and she’s just waiting on delivery next week.

BTW: At least in some benchmarks floating around out there (so take with a grain of salt) the M1 Mini is still quite a bit faster and for that matter there no longer seems to be an issue with Parallels using the insider build of WOA as it now can download it as part of the install process.

PS: It is very nice looking, very surface like in the best ways

EDIT:just checked again this morning and it’s showing as available as soon as next day delivery.

Data is interesting here. Thought a good portion of the issue was Qualcomm, but maybe MS deserves a bit more blame & pressure? https://twitter.com/bendycatus/status/1586579413264646145?cxt=HHwWgoCy-b_k1IQsAAAA

So the Nuvia chips have an official code name now. “Hamoa” and they look to be “extremely promising”…

OTOH “a similar design to Apple’s M1 chips” seems to me just asking for a Apple lawsuit if true. I guess we’ll find out fairly soon.

Also similar design to the M1 in 2024 while Apple will probably be at the M3 Max or Ultra at that point sounds like it could be a bit dated?

If they can give us M1 performance (including efficiency) in a WOA device I won’t be complaining!

I think they meant more in the use and distribution of the performance, graphics and efficiency cores as well as a large l2 cache.

For us the big question is if Windows itself will be truly optimized for the chip(s). People continue to discount or overlook it, but both MacOS and the M series chips were designed explicitly for each other. That’s something MS and Qualcomm would have an extremely difficult time replicating due to the much more open nature of Windows.

Not impossible though IMHO ,if they were to make an Xbox or original Surface Pro level effort to do so. 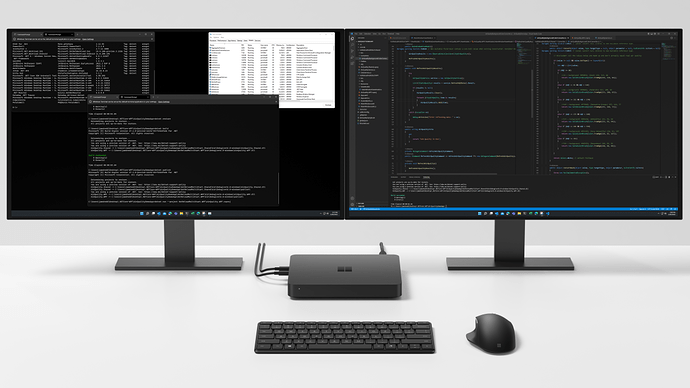 Arm64 Visual Studio 2022 is out of preview, released officially

Microsoft announces that the first fully supported Arm64 version of Visual Studio that runs natively is ready to download.

This is actually more significant than it might seem as among other things, it allows frameworks to utilize the AI cores as well as optimized management of the performance and efficiency cores, something that relatively speaking Windows only developers haven’t had a lot of experience with.

Not to mention that a lot of developers have told us they were waiting on this to bring ARM native versions of their apps.

a lot of developers have told us they were waiting on this to bring ARM native versions of their apps.

Great to hear! Next up, will at least one manufacturer make a sub-11" lightweight WOA tablet with OLED? I think you’ve hinted that some of these are in the pipeline, can’t wait.

Still hearing at least a couple in the 10-11 inch range coming as soon as CES 2023 but they won’t be OLED I’m afraid as they are more aimed toward a lower price point.

Speaking of which (and bashing, which I brought up in another thread

) I think MS made a mistake with the the Pro 9 lineup by making the ARM version come with 5G and not offering a WIFI only model.

It makes the 5g version more expensive, though in essence the premium you are paying is directly due to the inclusion of the 5G radio and is in line with the bump that Apple does with the iPad Pros.

My only conjecture is that the previous Pro X WIFI only model must have sold really poorly and MS inferred from that in determining product lineup this time out.