Yes, I’m still using it as my primary device, and don’t intend to replace it soon.

But I’ve been getting real frustrated with Microsoft again. As I mentioned in the Windows 11 thread, I hate what Microsoft is doing to Edge lately, and because of the ARM64 CPU, my only real alternative is Firefox. Or the fully open source Chromium but that has way too many limitations to be a real option.

And ARM64 as a platform feels absolutely dead right now. I haven’t seen anything from Microsoft that makes me think they care in the slightest anymore.

That being said, one thing I was impressed with is that I bought an Elgato Stream Deck (honestly, not at all for game streaming, but based on a post I saw about using it as a Zoom / microphone / webcam controller for conference calls), and it’s worked on the Pro X perfectly in emulation. That does mean I’m back to having a bunch of non-native processes running all the time though.

I wonder what is the state of native ARM Android App on windows 11. That would bring new life to the Pro X, considering some popular Desktop App already got ported to Android, the powerful ARM processor could show it’s true power.

It would be funny if we have to rely on the circle of desktop x64–> android port -->desktop ARM to get native performance though.

I imagine those budget 7cx Windows ARM would need a touchscreen to be useful, with their limited capability to emulate x86 applications, and most Android app on the market rely on touch to navigate.

We are totally at the mercy of M$ and developers when it come to browser tho, as even the most powerful Android/iOS tablet have a watered down, crippled mobile browser.

The only ones that would be helped by Android apps would be Steam Link and Zwift (and honestly I have other devices that are better served running the latter). Slack technically is on Android but it’s a way different experience compared to the PC one.

Also, it’d be nice if there were more modern versions available of some things. The only version of VLC out there is literally 4 years old. Retroarch has an ARM version in the forums but that’s 2-3 years old now. Technically maybe Android versions of those could help but I wouldn’t imagine it’d be a good experience.

Xbox and Skype is 100% Microsoft problem. They should at least make their own app available in their hardware before asking developers to make apps for it.

it’d be nice if there were more modern versions available of some things. The only version of VLC out there is literally 4 years old. Retroarch has an ARM version in the forums but that’s 2-3 years old now. Technically maybe Android versions of those could help but I wouldn’t imagine it’d be a good experience

I find this frustrating, too. Lately, I’ve been thinking that moving to an iPad might make more sense since the apps might not be any newer but are generally better developed…

More and more I’m wondering about the future of WOA generally. I don’t think MS will kill it our right, but I also don’t see any real prioritization either.

And unfortunately, with the ability to run Android apps so close, I expect a lot of the real tablet app-oriented developers that might have considered a native version of their app will instead opt to continue with Android and at best make it easy to sideload it.

That appears to be the course that the developers of Flipboard are on as the version in the App store is both X86 and is at least three versions back of the Android or IOS version.

Such a shame too as the Pro X is noticeably thinner than the Pro 8 and thus nicer to hold IMHO than the 8. Not to mention that if you can somehow manage to run only WOA native apps, it has outstanding battery life.

OTOH, We know of at least three new WOA tablet type devices in the pipeline from the major OEMS, so who knows…

I don’t think MS will kill it our right, but I also don’t see any real prioritization either.

Which honestly means they might as well kill it. They’ve jerked around developers for far to long to have any devs support it out of faith alone. Without some strong push from MS soon, you might as well stick a fork in it. Even if Microsoft finally brings out custom ARM silicon in a couple years, what’s the point if the devs have all moved on (again)? WP7/8/10 all over again.

This is interesting. Windows Central proclaims the Pro X as “The Best Windows Tablet”
The Pro 8 is there as well as the “power choice”

I double checked and It’s not a “sponsored post”

This is the best Windows tablet you can buy right now (msn.com)

I don’t think MS will kill it our right, but I also don’t see any real prioritization either.

I thought there was the implication that MS’ plans for WoA were being held up by the Qualcomm lawsuit. Terrible for both parties…but it wouldn’t be the first time legalities killed a promising merger of platforms:

In March 2014, it was reported that both Microsoft and Google were restricting devices from being shipped with both of their operating systems at once in order to protect their respective market shares and application ecosystems. Pressure from the companies had reportedly resulted in Asus discontinuing its line of similar Windows/Android dual-boot products, including the Transformer Book Duet, which was similarly left in a vaporware state.[7]

I wonder how many years the Ativ Q debacle set back the state of Windows/Android integration. Now with the clear lens of history, surely they can see that nobody’s winning this fight, except Apple

This is interesting. Windows Central proclaims the Pro X as “The Best Windows Tablet”
The Pro 8 is there as well as the “power choice”

Just an aside, the HP Spectre x360-24 was named best overall laptop by Windows Central as well, with Surface Pro 8 number five as best 2-in-1.

Credit where it’s due since this is one of the things I’ve frequently ******* about… they did it with zero fanfare, but Zoom now supports blurred and virtual backgrounds on ARM64 as of the 5.10.0 release this week. 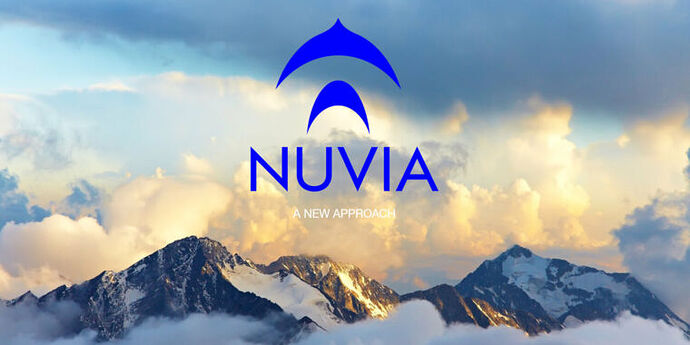 “Apple may be one or two generations past the M1 by then…” Not may but WILL be two generations ahead, with no assurance, other than the writer’s, that the first QC SOC will match the already two year old M1, much less last year’s M1Pro and M1Max, not to mention M1Ultra…

Add all that together with WOA development lagging years behind Android, much less Apple, and I smell another Windows Mobile moment coming…

Add all that together with WOA development lagging years behind Android, much less Apple, and I smell another Windows Mobile moment coming…

Agreed, but at least Windows Mobile had significantly more uptake and a broader ecosystem. I see just the Surface Pro X in stores and that is the extent of their feeble attempt at creating a device category. I still vividly remember all the iPaqs, Venues, and Cassiopeias, MIPS, SH5, ARM, and XScale, TCPMP, themes, games, in the early to mid 2000s, a chockful of hardware and software swarming around the platform. Microsoft just isn’t trying here because, as Nutella himself admitted recently, Windows is just a socket for selling Microsoft subscriptions and services. WOA is yet another means to an end and not an end in itself. Enjoy the party while it lasts, folks. 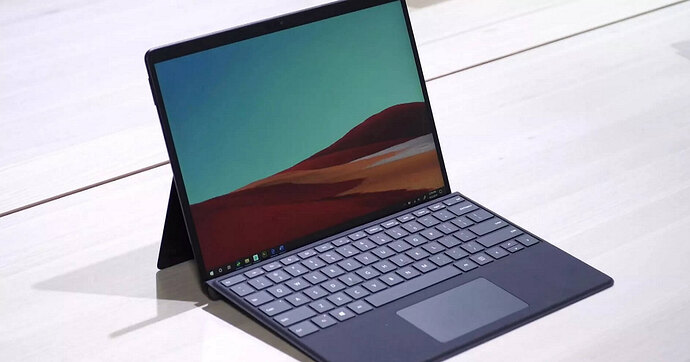 Microsoft is apparently planning to launch a new version of its ARM-based Surface Pro X with Windows 11, to compete against MacBook’s chip. An engineering sample of the upcoming Surface model on GeekBench shows some impressive progress in multi-core...

Yes and allegedly also in a new screen size, 11 inches and will for all intents and purposes be the Surface Go 4

Look I get they are behind Apple in the “speed game” and they will at this point probably always be. I also want to frame these next comments with the fact that I have and use; an iPhone 12 pro max, iPad mini (new one), iPad pro 12.9 with apple keyboard and trackpad, and an M1 Mac laptop. So I am for sure no Apple hater. BUT… while Apple may be winning the hardware battle, MS has the software and application side HANDS DOWN, with the possible exception of content creators which is a very niche business market.

So the bottom line here is if the blue team can get even close on speed… and to be quite honest the MUCH bigger issue is battery life…then they will have a market winner. I recently retired (from a technology business) hence the reason I am trying to go all Apple. But while we can tout the speed of the M1 chip all day long… the Apple ecosystem is a three (or 4) device system… PERIOD. and that folks is a problem for the general business community.

A new and improved 12" Surface Pro X with better battery life and decent speed… along with a new and improved Zfold type Android phone gives you all you need for work on two devices. And as far as I can see down the road… that is never gonna happen in the iWorld. My 2 cents.

Yes and allegedly also in a new screen size, 11 inches and will for all intents and purposes be the Surface Go 3

Somebody needs to TAG this for @Bronsky so he’ll see it…oops, wrong thread…

Would have caught my attention too, but I’ve moved on with the SP8. It’s both my “Go” and “Pro.”

Somebody needs to TAG this for @Bronsky so he’ll see it…oops, wrong thread…