This is not a surprise and the performance penalties inherent in continuing 32 bit support is one of the major reasons Apple dropped it from their designs years ago.

This will possibly cause some issues with Android which has not been as aggressive in forcing developers to 64 bit. 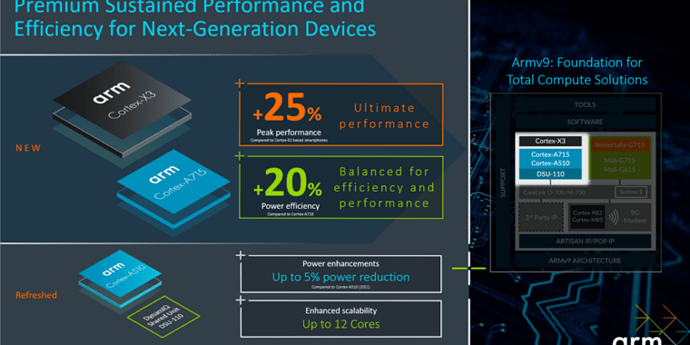 Slightly different angle: Now that OS’s are on a Ba’taan death march of regular “upgrades” and security patches that regularly break existing apps, and app stores have so many certification requirements (thanks to bad actors, the privacy ones are necessary), what’s to become of the “small-ish” developer?

The store sales price less the A/G/M cut isn’t high enough to make it profitable to do the ongoing change management. I wrote a good bit of code in the Visual Basic days. I looked at the new Visual Studio (for hobby purposes). Geez. I felt like Buck Rogers waking up after 500 years.

That’s an interesting point. But in some ways is it all that different than Intel/Windows in the days of peak Pentium? In other words, if you didn’t get on the upgrade march, the next version of your favorite app or even the OS would make you feel it.

This does get back to one of my biggest gripes generally though, and security flaws are just the latest manifestation of it, but somehow all involved have seemed to convince the world that being in perpetual state of unfinished is a positive thing.

It’s a long way from how long and hard MS labored over making the original NT kernel secure and stable.

In those days you didn’t have to code for cloud storage, or various forms of Wi-Fi or cellular capabilities, or ads, or privacy. True, pentium required changes; but 30 years later we’re still debating 32 bit legacy app support.

Very true, and I’ll admit to having historical bias as my very first engineering work came in what we now call embedded systems where the code you created had to be as relatively “bullet proof” as possible because it was intended to last of the lifetime of the device.

OTHO the intrepid folks trying out the IOS 16 beta are seeing some of the downsides of that when they are trying to connect various PC oriented displays and getting less than stellar results.

“The more you overthink the plumbing, the easier it is to stop up the drain.”

…but somehow all involved have seemed to convince the world that being in perpetual state of unfinished is a positive thing.

Isn’t that the entire history of Chrome as a browser…