One of my engineers has hands on with one of these and was impressed. TBD if there is enough demand and support to make this viable, but OTOH it’s cheaper and likely will be more available than the Steam Deck is at the movement.

And to the casual observer, it does look like a Nintendo Switch 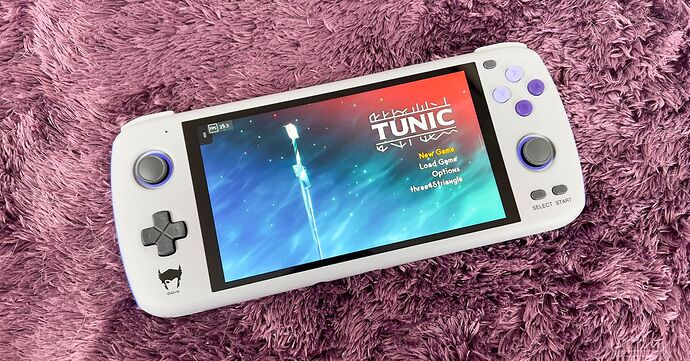 Is this the best Android gaming hardware yet?

Looks like an option for retro emulation games (Gamecube etc) but the comparison with Steam Deck is off. There’s a world of difference between simple retro console games and recent AAA PC games. Apples and oranges IMHO.

Surprisingly, it also allows you to run WOA natively and the game performance is surprisingly smooth, eg. Skyrim 720p at 48fps average (@6:36): Okay, my opinion rises if it can run WOA. Unmentioned is that Skyrim 32bit in that clip is running at absolute lowest quality, e.g. there isn’t a speck of vegetation on the ground. As he mentions, a better/newer chip would do better. But then, the price would have to rise to Deck levels and then what’s the point?

yeah, the niche (lower price) for it seems to me to be important in if it will sell and I think it could as a more casual gaming device. Heck with news it can run WOA, I might give it a try.

OTOH the ongoing murky legal of WOA on anything but a Pro x or the few other released device such as the Samsung and Lenovo devices, still gives me pause. Not that I’m worried about getting sued as much as locked out at some point. On the third hand, unlike on Apples M1 macs, it is running a Qualcomm chip.

Okay, my opinion rises if it can run WOA.

The things Microsoft could be doing with WOA but isn’t.