Their $199 introductory member exclusive price at their Discord group (AYANEO) looks like a steal, but even then its market low list price of $289 cannot be understated on the potential demand it will draw. In particular, the Air Plus’s key specification it brings to the party is an AMD 6nm Zen 2+RDNA 2 “Mendocino” APU, which many figure to be a die shrink of the Steam Deck’s 7nm custom “Aerith” APU with Zen 2 and RDNA2 in tow. Some fear “Mendocino” may cut down on the number of RDNA 2 graphics compute units compared to “Aerith,” but if it follows the most logical route and is the same CPU and GPU configuration as the Steam Deck at 6nm, this has all the makings of a highly disruptive handheld gaming PC that should have heads turning from the Nintendo and Valve camps. The Air Plus also features a slightly smaller yet slightly shaper 6” 1080p display and most especially, unlike the Steam Deck, it has an M.2 2280 SSD slot, the form factor of SSDs that is far more common, comes in higher capacities, and is less spendy than the more niche M.2 2230 size that the Steam Deck and Surface Pro lines use. Check out the latest details in this article at Liliputing! 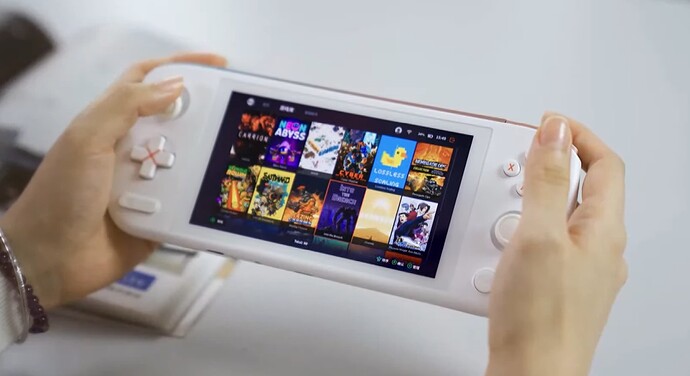 AYA Neo Air Plus is a $289 gaming handheld with an AMD Mendocino processor -...

Sounds good. I do not have Facebook, I joined on Reddit, and the discord invite just goes to the App Store over and over. So I don’t know how to get on the list for that discount price.

Ah, I see your Reddit question about it, @Hifihedgehog

I edited my post after further digging. AYA Neo on Twitter clarified that this is the community below you have to join to qualify for the deal.

This is the link to their official Discord server from the tweeted image above:

Check out the AYANEO community on Discord - hang out with 3,849 other members and enjoy free voice and text chat.

This link should auto direct you to the app or group, depending on your platform. The link worked for me on my iPhone redirecting me to the app with the group invite in focus.

This link should auto direct you to the app or group, depending on your platform. The link worked for me on my iPhone redirecting me to the app with the group invite in focus.

Nope, it goes straight to the App Store even though I have the discord app open and I’m signed in.

Weird. All I can say is it works for me on my iPhone from here. Maybe try on desktop?

Check out the AYANEO community on Discord - hang out with 3,856 other members and enjoy free voice and text chat.

I used that to copy/paste join from within the app. I’m in but it doesn’t look like they have a way to sign up for it yet.

I will sign up for this as long as I’m not committed to pay yet. But I’m more interested in the 6800U handheld even though it’ll be a lot more expensive.

That’s not too bad though considering the 6800U’s RDNA2+Zen 3+ combo is way faster than the Steam Deck. The price point is finally far more palatable than AYA’s $1000-plus options that made it more of a niche of a niche. That’s less than an entry level Surface Pro 8 and if they fully implement the USB 4.0 on Ryzen 600 which is Thunderbolt 3.0 compliant, that also leaves the door wide open to eGPU gaming when docked at home. Win-win. Note that this is for AYN, not AYA. This page mentioned that price for the air start from 549$, I wonder which is true. The 199$ /299$ price seemed too good to be true considering these companies normal pricing. The new AMD chip seem to be for budget segments, and I wouldn’t mind lower graphical power for the 199/299$ price.
Hopefully the entry level 199$/299$ isn’t 4GB RAM

Edit: nevermind, it’s the non-plus version that seem to be more expensive because OLED. Still use Radeon Vega , but this probably will be available very soon unlike the plus which I suspect won’t come out until Q4/2023 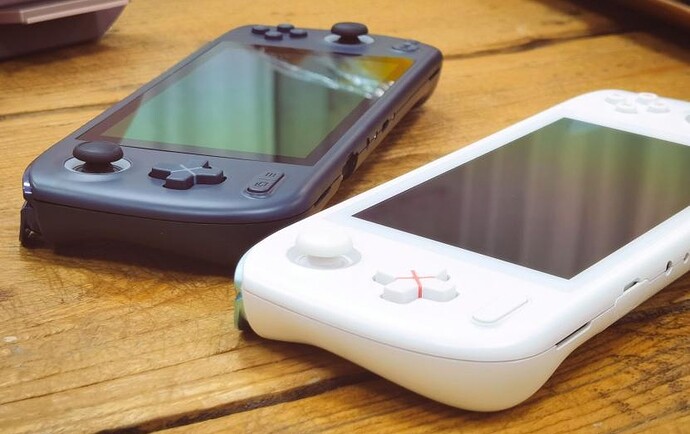 AYA Neo Air with an OLED display is a thinner, lighter handheld gaming PC for...

AYA Neo Air with an OLED display is a thinner, lighter handheld gaming PC for $549 and up

A lot cheaper than I was expecting! And I’m quite excited to see what goodies Mendocino will bring us.

I don’t think this is going to have Nintendo even pay attention though, let alone turn their heads. Their bread and butter is their combination of hardware and software. And from a first-party standpoint, they do an such an exceptional job most of the time that they can get away with low end computational hardware and even with things like requiring online membership to even backup games.

Agreed and that’s fine. There are a lot of games left on the table which Nintendo will never port to the Switch. There’s plenty of room for more than one handheld.

Well, I’m probably not interested after all. Only two RDNA2 graphic units compared to eight in the steam deck (or 12 in a 6800U). Probably great for emulator games, for example, but I don’t think you’re going to be playing Witcher 3 on it much less Elden Ring. You get what you pay for.

As someone interested in a portable pc at low cost, it still sounded great. For that price the only other choices are Celeron / Pentium with IntelHDgraphic that I would had accepted had this device not introduced. Hopefully they would not cheap out on the RAM.

I just saw that today. What a downer. That’s a big step back and makes it not worth it compared to the Steam Deck’s more proficient eight-unit configuration. In fact, (and this may be important to note, @CrazyCat) with just a quarter of the Steam Deck’s performance in a best case scenario, I suspect Mendocino will give less performance than Intel’s older UHD Graphics configuration.

The Apollo lake devices only had intel HDGraphic 505 at best if I remember right, UHD Graphic was for i3 probably. Also I trust AMD CPU to at least run better than Pentium N4200 or Celeron J3455, which are the only options in this price range.

Now it would be even better if they put it into a mini laptop body ( I’m not a gamer).

We’re comparing an ultra-low cost full SoC with a quite proficient one that is almost certainly sold at a loss in some Deck models (the efficacy of which and good for the industry I have questions).

The only somewhat similarity is price.

This or a similar device would do it for me. $800 but that’s such an improvement on the crazy ~$1300 prices of older top-end Windows handhelds. 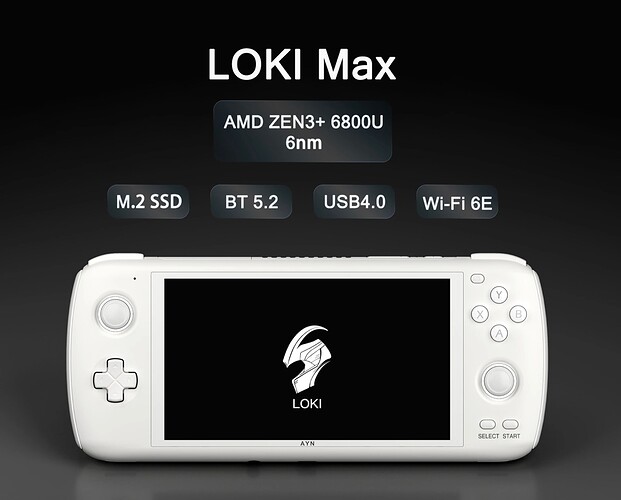 Is the buy link working for you? Doesn’t seem to work for me yet.

Is the buy link working for you?

Nope. I wonder if it has the same pre-release date as the Odin on the front page? 9 pm EST tomorrow, the 1st.