Does anyone know anything about this device? It is a Japanese 8 inch tablet running Windows 10. It has an Intel Celeron N4000 CPU, 8 GB of RAM and a 128GB eMMC internal storage, and includes a Wacom stylus. I’m wondering how it would compare to, say, the old Dell Venue 8 Pro 5855. I’ve found very little in the way of reviews except in Japanese blogs. It’s available on eBay.

I do not expect blazing performance with the tablet, but if it’s reliable, it could work for me.

Thanks for any info you can provide!

It’s the second generation model following the older DG-D08IWP model that I posted about on the old forum. Had a lot of hype around it, since was the first successor to the VivoTab Note 8 with EMR, an 8" 1200x800 display, and a refreshed Atom wchip with full Win10 driver compatibility.

The RT08WT upgrades from the VTN8 are:

Here is the full specification:

PCWatch posted a short Q&A and first impressions, with a nice screen comparison to the iPad Mini 5 on the left, and MediaPad M5 lite on the right: 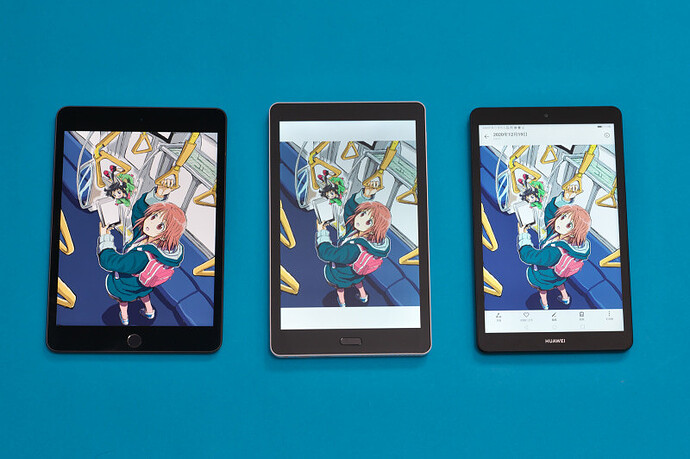 One of the neat things about the old model was it had a 2nd-gen Wacom UD EMR digitizer, so it supported the new generation of EMR pens (eg. S-Pen) without offset. The newer model seems to come with a special Stylus S2 (a “low latency stylus pen that uses Wacom feel IT Technologies”) so I’m guessing it’s also UD 2.0 EMR: 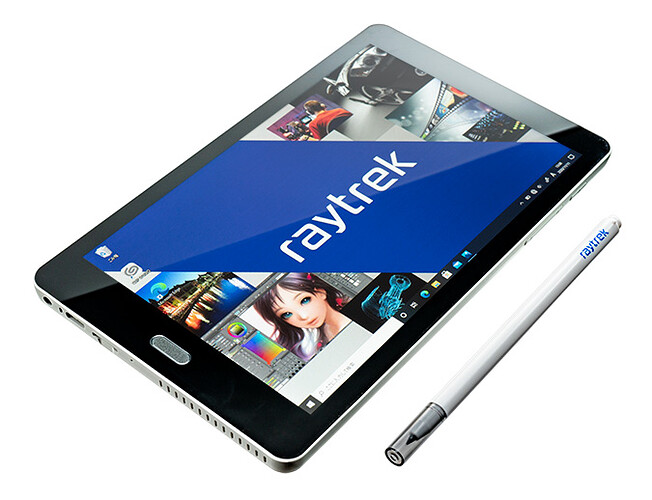 Thanks for your reply! I note in the link you provided that the CPU for the RT08WT is given as the Celeron N4000, not the Atom x5-Z830. If I recall correctly, that Atom CPU is the same one that the Dell Venue 8 Pro (and a few similar tablets) had. The Celeron seems to offer a bit more performance, overall, than the Atom. I found one review which showed (by Crystal Disk Mark scores) that its internal storage is faster than that of the Venue 8 Pro/VivoTab Note 8 family.

It’s being sold by several different vendors on eBay. I’m pondering it!

Thanks, corrected the specs. One thing to note is the official sale price is 29900円(税込)which means tax included, is considerably cheaper than the going rate of ~$350 on eBay.

You might be able to swing one of Japanese friends on the forums to buy and ship it to you. We got an awesome community here!

Dam, if only it had a keyboard cover. That’s one of the few things that I didn’t like about the VivoTab Note 8.

Wow, this looks like a solid upgrade for the Asus Vivotab Note 8. I wonder if this one can be charged by any mobile charger like the Asus or require its own brick ( because it is no longer an Atom). 8GB ram and EMR was very rare for something of this size…

I live in Japan. I bought a tablet on Friday, April 1, 2022. I installed Sketchbook app and the Sketchbook app. So far I’m enjoying it. Battery life is not that great, and it seems that it must be recharged using the official recharger. Plugging in a USB see cable to my iPad power brick doesn’t seem to allow it to charge.
I’m going to download the new Windows journal, and see how that works with this app, I want to use this for my notes for work, and for my sketching during my commute. 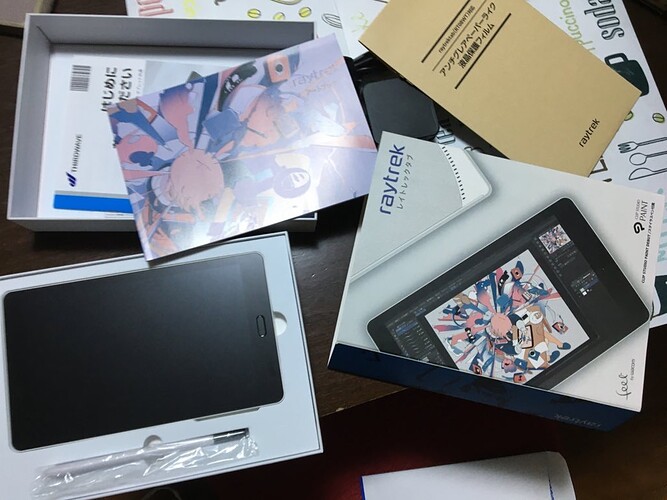 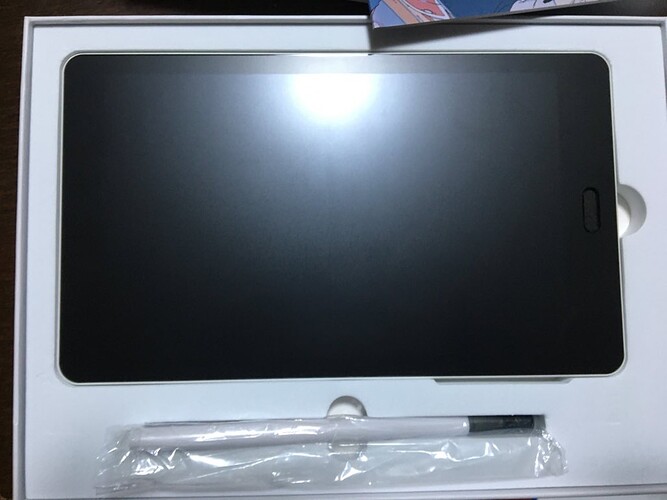 Congrats on the new purchase! It’s nice to see some first hand experience of this tablet. How big is the official charger compared to the ipad power brick? Can you show us a closer shoot of the pen? How does the pen feel in hand? Is the pen calibration on point without any offset?

Sure thing. I’ll take some pictures of those tomorrow. The power brick is about double the size of the iPad power brick. I’ll show you the pen as well and give some more comments about performance too!

I’m also interested in any first hand experience anyone has had with this tablet. If someone has had an older 8 inch Windows tablet and now has this one, a comparison would also be great.

Regarding the pin it is very plasticky and super lightweight with no buttons. But it works well so no complaints. The tip is hard, and I do not think it can be changed out. 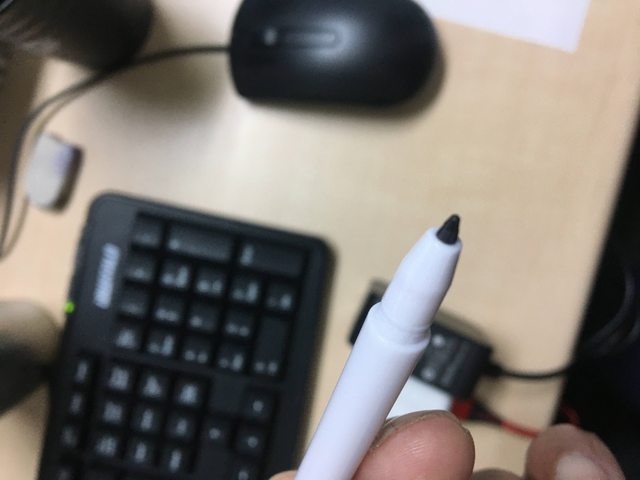 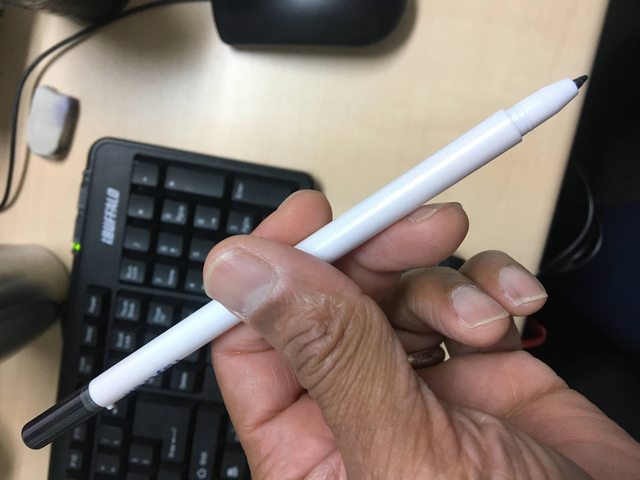 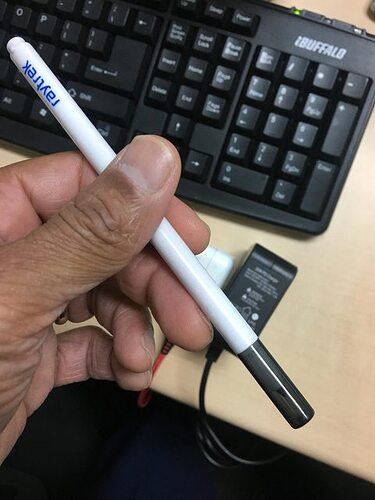 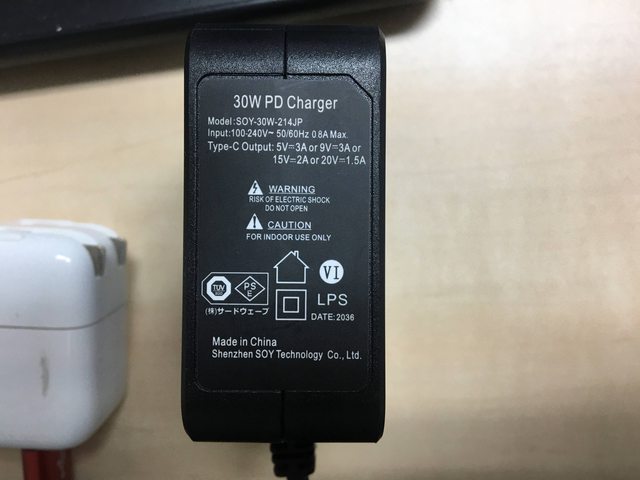 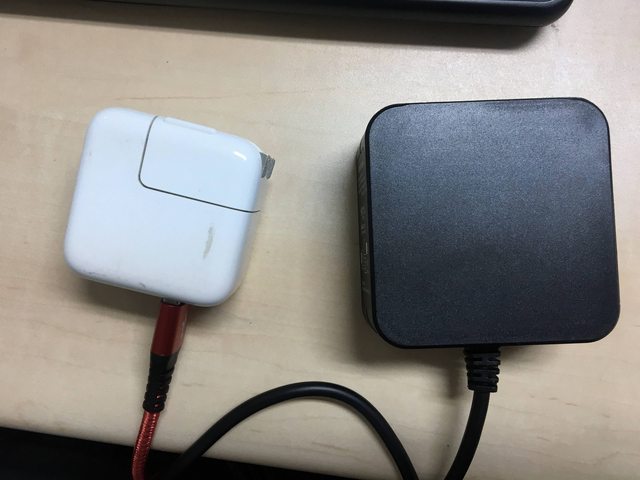 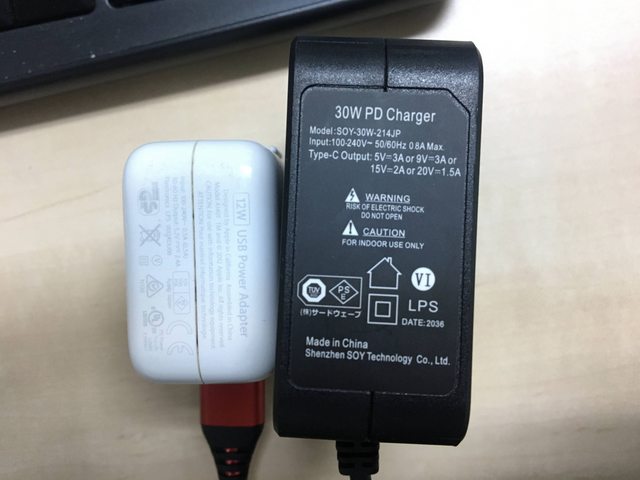 I couldn’t see the photos, maybe the links are broken.

From the promotions pics, that pen looked a bit unusual for an EMR pen, with a boarder “arrow” style tip that is more similar to AES pen than the usual “thin stick” style in older EMR. The pen came with my Tab S7 FE also have a boarder tip, though.

A custom brick that big for a device this small is a bit disappointing, especially when Celeron is likely not as power efficient as Atom chips. Remind me of how cheated I feel after realizing how many extra things needed to use the “tiny” stick PC that Intel advertised that fit in jean pocket (an impulse purchase I almost never use).

Sorry about that. I didn’t know what I was doing. Someone told me about a site called Imgur. I am not at the pictures there, you should be able to see them now.

Yeah I’m kind of disappointed that I can’t use my portable battery charger that I used with my previous tablets and iPads.

Actually today I discovered a couple of new things, being able to change the pin to left-handed and then being able to turn off touch when using the pen. Now I can draw both and schedule and sketchbook while fully resting my hand on the screen.

I see the photos now. That is a big brick!

My Raytrek arrived today. Of course, everything is in Japanese. How do I get to the point where I can choose a different language (English)? Thanks! 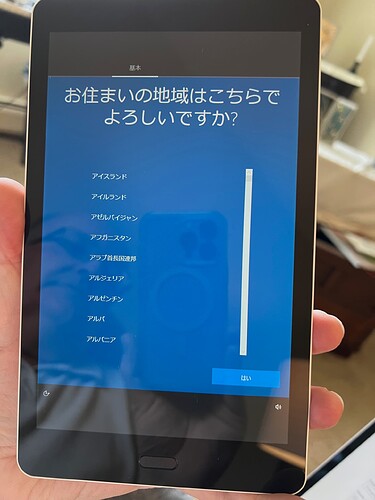 This is the first setup window I come to. I assume it’s the language setup. But it’s all in Japanese! If some kind soul could help me find which one is English, I’ll be most grateful!

That’s the country selection screen. Assuming you are in the US try to scroll through and find the option “アメリカ合衆国”, or just select anything to go through the setup and change the system locale in command line. 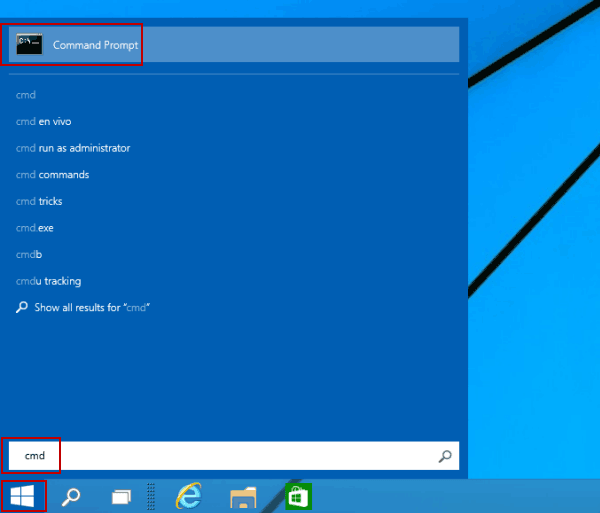 Then in the console window, enter:

But it’s all in Japanese! If some kind soul could help me find which one is English, I’ll be most grateful!

Launch the Google translate app on your phone, click the camera icon, and point at the screen. Instant translation.

The Set commands didn’t work. It could be that I couldn’t use “run as administrator” because I couldn’t find that option. However, with the use of Google Translate, I was able to find the region and language settings and change them to the USA and English. My tablet is now downloading various updates, including Windows 11 (it is currently running Windows 10 Pro). I’ll know when the tablet reboots if the language has been changed.

That’s my status thus far! Very first impressions: the tablet is easy to hold in one hand; the tablet is rather warm while downloading updates.

Thanks for all your help!