Here is a news topic for NVIDIA.

For years, TechPowerUp has had permission to soft-break their review embargo for publishing their performance summary scores to their GPU database given how much the world references it. For that performance summary, they test a full battery of games at 4K UHD to form these composite scores which determine the relative performance percentage. They have already published the 4080 16GB’s score and it is… not good. 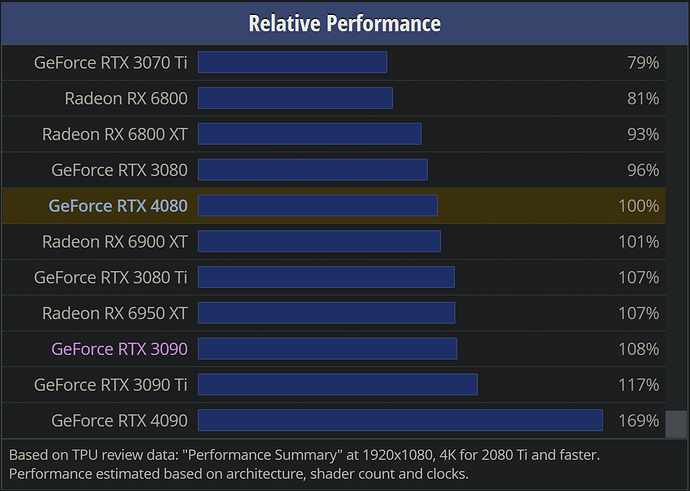 Naturally, there are rabid NVIDIA fans who are in deep denial right now. You can see in the links below that TechPowerUp’s published relative score from their 4090 Founders Edition review (first link) aligns perfectly with the 4090’s database page’s performance summary (second link): 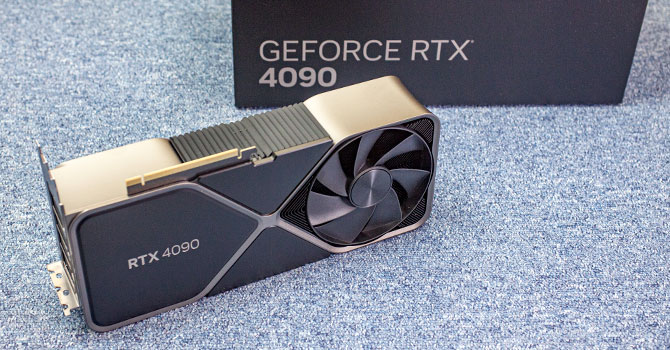 The NVIDIA GeForce RTX 4090 Founders Edition offers huge gains over its predecessors. It's the first graphics card to get you 4K 60 FPS with ray tracing enabled, and upscaling disabled. Do you prefer 120 FPS instead of 60? Just turn on DLSS 3.

The same has applied with all of TechPowerUp’s other relative performance scores in the past. Face it, the 4080 16GB is trash and EVGA was right to pass on this generation. The 4090 is amazing, no doubts there. The same does not apply down the stack which is where most of the money is made. NVIDIA is really doing their customers wrong (and their partners wrong) by putting a midrange-sized chip (the AD103 is 379 mm², compared with 392 mm² for the 3070’s GA104), which would have been better served in a 4070, in a high-end 4080.