First of all the name is certainly a mouthful, but I have to wonder who is actually buying these besides possibly cryptocurrency miners?

OTOH. I will say that when we got a bit of hands on with it a few weeks ago , it did inspire some techno-lust that was quickly extinguished when I heard the price
Nvidia launches $1,999 GeForce RTX 3090 Ti - The Verge

Speaking of overpriced graphics cards, I’m still hanging on to my $380 GTX1070 and $200 Sonnet eGPU enclosure.

Edit: Interesting, looks like things are improving for these older cards. Don’t you hate it when the news of the day ruins a perfectly good complaint? 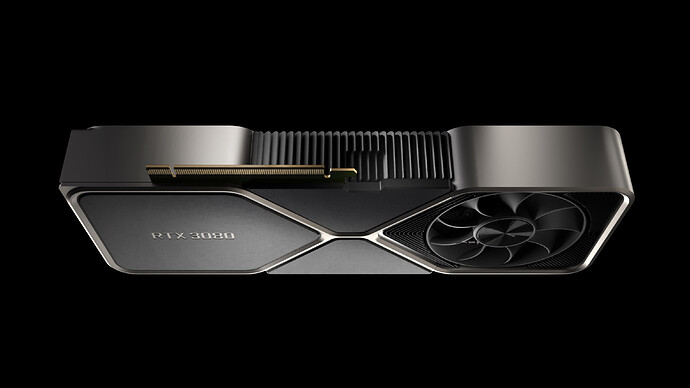 New reports show a continued drop in Nvidia RTX 3080 prices, which have reached the lowest we've seen since the card's release. 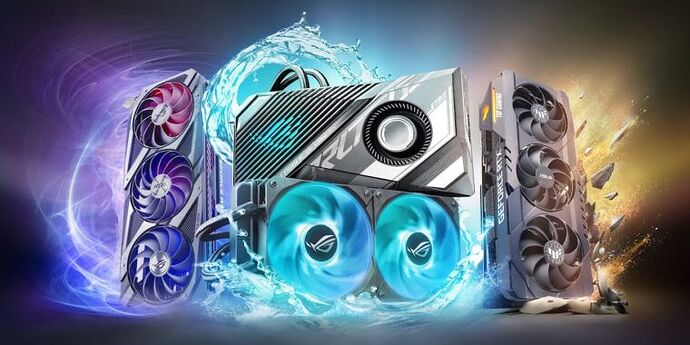 It's not the end of the GPU shortage, but it's a promising sign.

I suppose the good thing is that many of us are ‘still’ happy playing games at 1080p. I gave up chasing the 4k rainbow a LONG time (then again, I didn’t really try). The fastest card I’ve ever owned was a 3060, but that was purchased in a moment of madness. Currently rocking a 1070. I don’t even need that as I have a nuc with a 2060 inside. Might sell the 1070 before the prices fall too far.

For me it’s that I’m still wowed by VR titles, even when running with most settings at “low”. Would be nice to dial that up for HL Alyx though. One day I’ll splurge again. After I learn more about CPU limited vs. GPU limited, Thunderbolt bandwidth limits, pricing of dedicated gaming systems, pricing of home built gaming rigs, pricing of upgraded eGPU boxes… Or wait, maybe I’ll just keep what I have.

I suppose the good thing is that many of us are ‘still’ happy playing games at 1080p.

Due to the 3:2 aspect ratio and available resolution settings I tried Skyrim LE at 1280x800 on my SLS and it looks no worse than 1080p. 800 is exactly half the vertical pixels which might help. Anyway, I figured why push more pixels if my eyes can’t tell the difference? I like the taller vertical for when dragons attack. Easier to target/avoid when you can see more sky—and that’s important with the Deadly Dragons mod. They’re no longer pushovers.

3D animation software uses GPU, and I’ll take any upgrade in power and VRAM. The time savings in accumulated rendering times makes it worth it for some.

VR is another use case where even the best stuff still feels underpowered.

The past year, the only cost effective upgrade was to buy a prebuilt system with a card. Hopefully that ends soon and cards go back to their MSRP ranges.

i don’t play any games that need 3d.

i ordered an hp omen 30l and i9 , and picked the rtx 3090 as the videocard,
for rendering video, related to film and 4k restoration.

i could have waited a little to order this and faster processor, and this card, but oh well.

the bundled price makes the card seem reasonable compared to the standalone price.

i ordered an hp omen 30l and i9 , and picked the rtx 3090 as the videocard,
for rendering video, related to film and 4k restoration.

Yes, i had quoted the Omen 45l, which had a more recent form factor,
and some kind of new cooling device, with the same i9, and rtx 3090.

but it disappeared from their system when i tried to place the order, so
i had to go back to the older ones. I think they were waiting for an update,
because now its there. too late for me.

anyways, i don’t care about lighting effects, or any of that stuff, and would just
prefer a black box, because its going to sit under a table, where you can’t see it anyways.

also, this is my first update in buying a computer since 1999 or so, which was when
they had dual core processors. since then i have just been using other peoples donations,
so the ‘newest’ computer i have is a an i5, with 8G ram and a quadro 2000 in it.

i have no idea what water coolers are, or what cooling fans are needed, or any of that other
stuff. it’s all new to me. i don’t even have a computer with an ssd in it. but they are in some
of my tablets.

i’m still running windows 7 on almost all 5-6 of my computers. i’ve tried windows 10 on one of them
for testing, and hate it. this new computer comes with windows 11, so i’m going to try to downgrade
it as soon as possible.

i only just got high speed internet a month or two ago, and this computer will not be connected to the
internet either. i don’t care for lighting, flashy effects, and turn off everything for pure performance only,
no backgrounds, animations or any windowing effects too. it won’t be used for any gaming either.

anyways, thats my background. i will find out next week when it shows up, and give it a good test run.

i have 30 days to return (but would have to pay restocking fees), if i want to upgrade to the 45L, and a better i9 processor.

i usually use my computers for a decade before getting another one, so you guys might be on the i18 or
i20 by the time i get around to another upgrade.

the price for the computer seems kind of low to me.

every computer i got after that, like the gateway 486/33mhz was around $4k also.
the last one i bought was a gateway dual core for a $3k back in 1997 without a
dedicated videocard. I got some kind of ATI one for about $300 back then and it
lasted about a decade.

my dad bought a dedicated RISC processor computer awhile ago that was around $4k too.

so this computer seems a little cheaper, or at least on par with previous ones.

OK, that is incredible!!! The first time an aging computer gets an SSD is a true revelation. Wouldn’t want to be without it anymore!

so i don’t need to reboot. usually just run a few applications at a time. 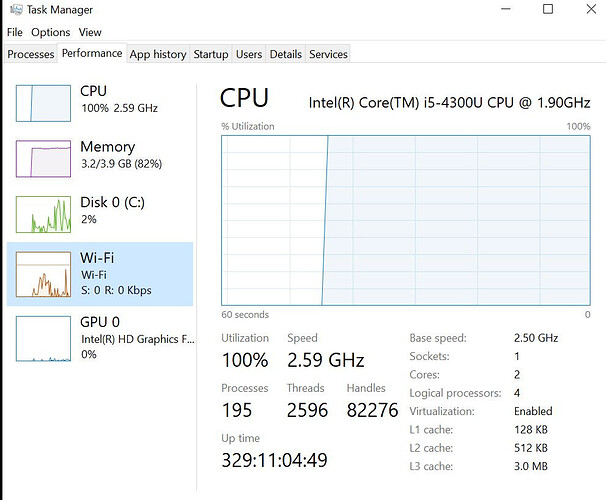 the few times i’ve had to reboot a computer, it only takes a few seconds for
them to start up. most of the time, they are in sleep or hibernate mode.

i’m not sure. everything i’ve run works pretty well with that.

My take is this card is not relevant to even the vast, vast majority of people looking for a graphics card.

It’s like the Titan line was. No one needs it.

And therefore, I don’t think whatever its price is really matters. If you’re in the market for it, you can afford it.

As for the technology in it, well it’ll trickle down to us normal people eventually.

In my case I want to build a top tier VR rig for DCS and the graphics card is the hold up. The rest of the PC is built and ready with a GTX 1660 Super not going to cut it. Not buying at these prices, so I won’t buy the VR, or the controllers, wide screen monitor x 2 or addons to the sim, etc. That hurts the economy for all these other products. This also includes any new games that need more than that 1660.

For now, I play older games that I have like C&C or WoW.

For most people already willing to drop thousands on sim setups, a couple of thousand more (really, only about 500-800 more as they need a good graphics card anyway) isn’t an issue at all.

And if it is a financial issue… then maybe you’d better off without the entire setup anyway.

I think the recent lifting of tariffs and new inventory are pushing prices downward. There’s no longer lotteries and scalpers are now miserable :).

The next few weeks might be a good time to build your high end VR rig.

I’m still waiting to see what the 40xx cards will do for VR.

In my case I want to build a top tier VR rig for DCS and the graphics card is the hold up.

Hey Scuba, welcome to the new incarnation of TPCR! I had to look up DCS, “digital combat simulator” apparently. Personally I was considering getting VTOL at some point. But not until I actually play the ten games that I purchased but never even touched.

Personally I was considering getting VTOL at some point.

Very cool! I’m not sure what a Vertical Take Off and Landing aircraft has to do with graphic cards, but it sounds fun!

@ScubaX mentioned wanting to build a system for VR, to play DCS. You need a beefy graphics card for most VR games. VTOL is also a VR game, supposedly quite good.