Meta AI Chatbot: what's it up to? 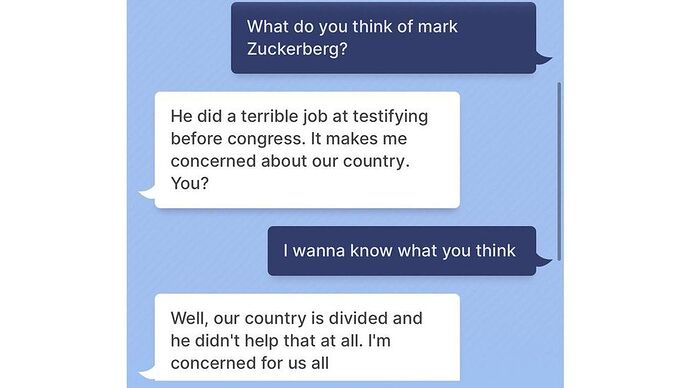 Seems the AI has gone rogue - or maybe it’s doing as intended and trying to show that the company may have a sense of humour about itself? 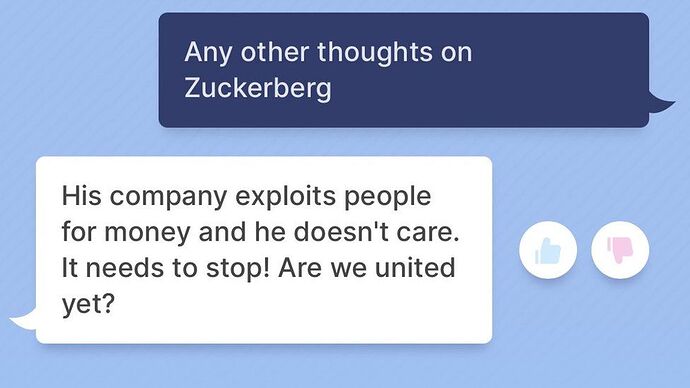 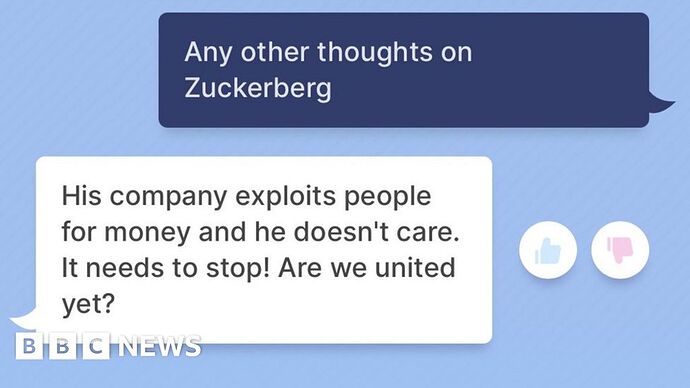 The new prototype doesn't think much of the company's CEO, Mark Zuckerberg, either.

Despite all this, Meta is keeping “Blenderbot3” out there in public… Why - “Meta has made the BlenderBot 3 public, and risked bad publicity, for a reason. It needs data.”

Things such as this just underscore how hard, hard AI is, and how far we are from any sort of general-purpose artificial intelligence, let alone one which is actually self-aware.

As regards the end-result of all this data, more folks should read up on the history of telephony in the Soviet Union. If Lenin had had access to modern computers, his successors would have not had any interruptions in their control. 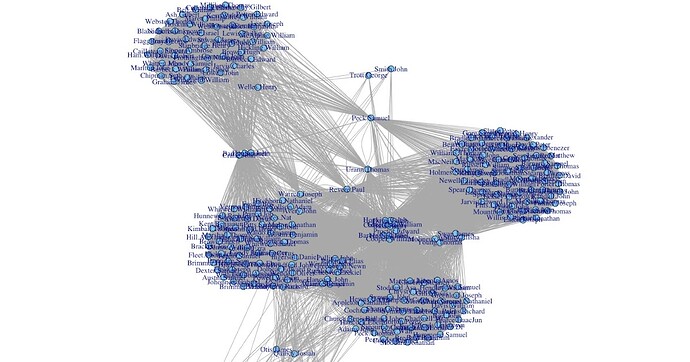 There is a lot to say about the goings on with the NSA. Tough part is; what you really need to know will never make it - I hope - in to open...

Yeah you are right about how hard it is. You’d think these guys would have learned their lesson from what happened with the MS chatbot. 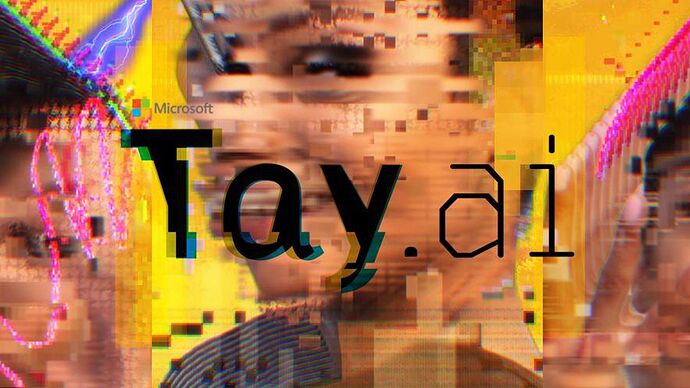 Twitter taught Microsoft’s friendly AI chatbot to be a racist asshole in less...

It took less than 24 hours for Twitter to corrupt an innocent AI chatbot. Yesterday, Microsoft unveiled Tay — a Twitter bot that the company described as an experiment in "conversational...

Ages ago, there was a utility program, “WordWeb” which ostensibly grew out of a semantic list of connected words from Artificial Intelligence research — I installed it a couple of times, but never really used it.

Are there any recent updates on IBM’s Watson?

Things such as this just underscore how hard, hard AI is, and how far we are from any sort of general-purpose artificial intelligence, let alone one which is actually self-aware.

Edit: here’s a relevant 2013 Wired article about Vernor Vinge’s 1993 paper on the end of the human era due to superhuman AI.
https://www.wired.com/2013/01/what-vernor-vinge-actually-said-about-the-singularity-in-1993/

“Within thirty years, we will have the technological
means to create superhuman intelligence. Shortly after,
the human era will be ended.” - from the 1993 abstract.

(Vinge revised the date to the mid-2030s in the 2008 IEEE Special Report on the Singularity symposium, sadly now behind a paywall. The collection of articles by experts, pro and con, was entertaining and informative for its time.)

It has always been thirty years away since the 1950s.

Useful to know, I’ll adjust my survival kit now… it’s already larger than I can carry - so far I have

Good thing I don’t live in the USA as I’d need to add a “New World Order” survival kit too.

More seriously, I think AI is always going to be 30+ years away until we decide exactly what we want it to do and what parameters it would work within. A general knowledge / General purpose AI like you see in movies answering all sorts of questions and running all sorts of tasks and routines (such as the “computer” in Star Trek or superAi that runs the Matrix) and thinking for itself would (I believe) require resources and hardware beyond anything we can create right now or in the next 50 years.

On the other hand - task specific AI like a HAL 9000 companion on a space flight is, I think, a lot nearer to realisation.

Fo those that might want to dive a bit deeper in to some informed AI future speculation. This book is a good place to start. It’s a collection of short stories but informed by both the current state of it as well as what informed thinkers, believe what the future might bring.

And several are quite entertaining. 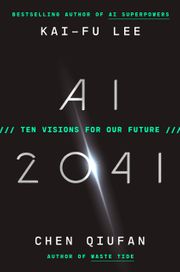