Going through the various forums you’ll find complaints about the Bluetooth on M1 Mac Minis. Buried among them (and ignored by others) I have occasionally found comments stating that removing the fitted USB-C dock from underneath the Mac Mini solved the problem. Which actually makes sense because the Mac Mini’s antennas are in the bottom and if the dock’s electronics and wiring aren’t properly shielded—not surprising in an accessory that’s competing on price with a dozen others just like it—interference with wireless connections is pretty much a given. They appear to be made of metal (aluminum?) so that could be blocking signals as well. 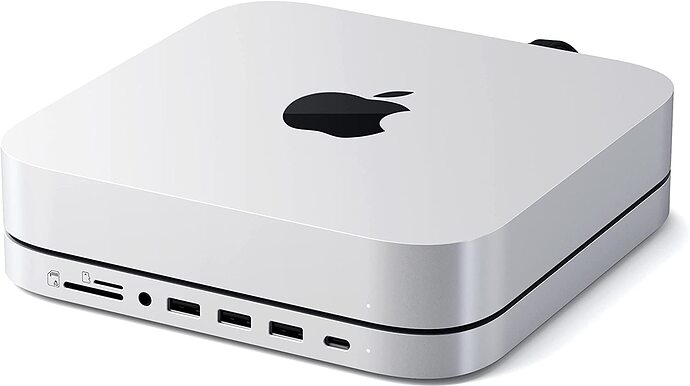 image1500×841 41.8 KB
What do you think? They’re an attractive and useful-looking accessory with a reasonable price (~$70). I’m tempted by them but not at the cost of wireless reliability. @Desertlap - have you ever tested one of these?

Ah, maybe if it’s one that’s made to go on top? 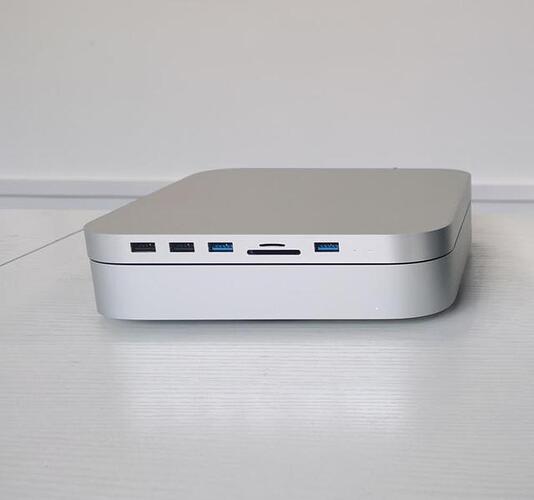 , though even putting it on top might induce some issues, albeit less than a bottom mounted one.

There are good engineering reasons why the bottom plate is plastic instead of metal. We’ve seen issues with customers that have put mini in’s racks for the same reason. Metal interferes with radio signals.

I do agree (to a point) that Apple went with form over function with this design, but OTOH it is what it is.

The very best solution for any dock solution is a cable connected one at least meter away. That may not always be practical, but any distance is better than none especially if you have multiple devices.

BTW: We see a lot of the the thinnest and lightest PCs from the OEMS with similar issues especially video quality problems or slow data transfer speeds that have been fixed simply by moving the docks bit further away from the computer.

I’ll carry on with one of the ones I already have then. Any idea which one of these is better or are they pretty much the same? I don’t even remember why I got the UGreen one when I already had the Hiearcool. Possibly I had misplaced it. 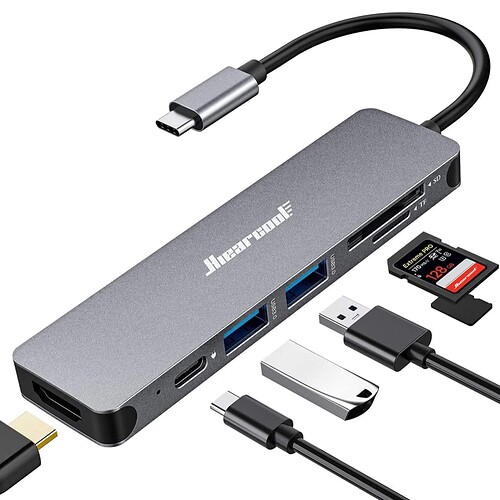 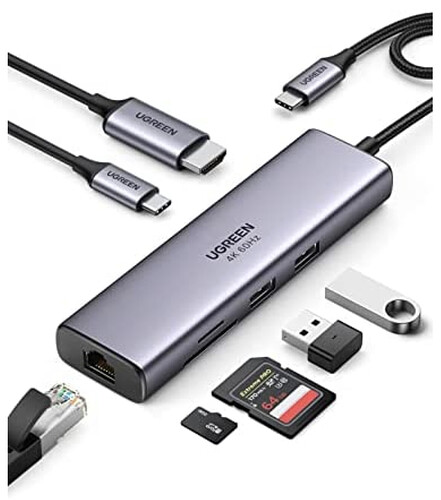 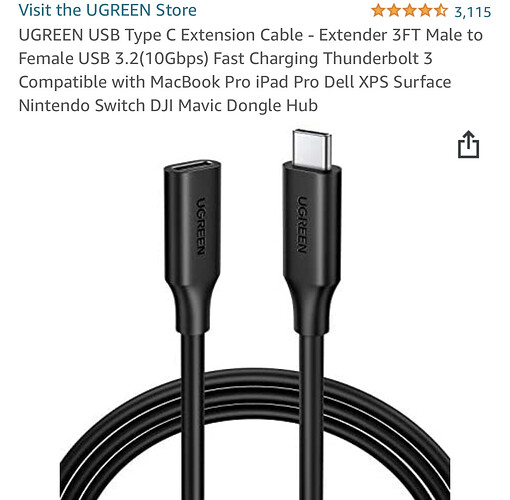 not extensive experience with either.

UGREEN is what I’d call a packager in that they don’t actually build anything themselves , but contract out to various, mostly Chinese white box operations.

The one thing that would give me pause is that one customer bought four of the Ugreen, and half worked ok and half had issues with USBC drives dropping off the bus. Turned out that even though they looked identical on the outside, inside were different boards and chips between the two that worked and the two that didn’t.

TLDR proceed with caution and test, but if it works you are likely ok.

typing while you were I guess. I’d be even more cautious about cables if you actually need them to function as true TB 4 cables. at least half of the generic ones out there we’ve come across at best functioned adequately as USB 3.2 cables

After counting up my connections I don’t think I even need the hub with the Mac mini. It was mainly for the SLS for the USB-A connections and the Microsoft keyboard and mouse dongle (& Steam Controller at times). With occasional connections to a external SSD.

Thanks for the input, @Desertlap

If you can. that will certainly give the best results in our experience. Sadly, as I’ve said before, if you really need a dock, it’s almost a “you get what you pay for” situation, especially if it needs to support genuine TB or multiple high-res displays, which is why expensive as they are, we still recommend either the OWC. or now the new HP TB dock I posted about a few weeks back.

Alas, a powered hub is a no go for me. It defeats my search for the lowest power desktop solution in my solar-powered life.

Makes sense. Putting on my consultant hat, for the moment we’d recommending “going native” using the connectors built in to the Mac.

And BTW a big part of this is that TB chips and even more so with TB4 are many good positive things, but they aren’t all that power efficient and part of why with the latest Macs that do support TB4, apple went with their own TB 4 chips . It wasn’t primarily because they didn’t want to license/use Intel chips.

I wonder how many devices, not just M1 Mac Minis with “Bluetooth issues”, have been returned to retailers or manufacturers for problems caused by third party docks, hubs, and whatnot?

This is the kind of thing “tech journalists” should be writing about.

Based on our experiences. I think quite a few. And my best buy contacts have told me in the past that cable/dock issues are among the Geeks Squads top issues.