Is Sideloading Coming Soon To iOS Thanks To These US Bills?

#4: Claims bill doesn’t force divestiture of Apple App Store. No one said that was true of Klobuchar (though it is true of @RepJayapal bill). But Klo bill sec 2a1 and 2a2 would absolutely ban Apple from favoring its own App Store & preinstalling it on iPhones. 6/ pic.twitter.com/qFgowAPVgs
Hifihedgehog January 22, 2022, 3:44pm #2

It sounds like people will be able to install apps not from the official App Store in the same vein as Android. This gentleman above on Twitter is opposed to it (big tech money talks, which probably drives his motives), with his reasoning being that people will get viruses unless big benevolent Apple is able to control their lives for them and restrict them to their store. Well, if people want to be safe, let them use their own brains and stick to the App Store.

Or perhaps Apple could use a setting to restrict side-loading by default unless the user enables it? Microsoft and others have gotten major flack from regulatory bodies for the same things that Apple has gotten away with for years so why should Apple be given a pass? If people want to stay safe, they do not need big benevolent Apple telling them what to do. They simply leave sideloading off and not leave the safety net of the Apple Store… or they use common sense about what sideloaded apps and third party app stores they install. Last I checked, people who use AltStore on non-jailbroken iOS and iPadOS devices have not gotten any viruses.

So the talking head in the Twitter thread above is clearly big tech talking, not the developers. Microsoft has gotten major flack from the EU and others for engaging in similar anti-competitive practices before so why should Apple be treated any differently and given a pass? I personally am all for the disintegration of the Apple App Store monopoly. Finally, it may actually be happening and better late than never!

No need to fear. Nothing will pass Congress any time soon.

At the risk of sounding cynical, here’s a typical pattern for US Congressional process (absent natural disaster/terrorist attack):

Hard to tell where the “side-loading” issue is in the process. You saw M$ flip on the right to repair stuff to get ahead of it on their own terms and hopefully take the heat out of the issue. Data privacy is a great example of “the American People” being hot about an issue, industry players leaning in for the status quo, and after many years still no new US federal legislation/regulation.

You are kind, sir. Thank you

It looks like the wheels are turning slowly in some countries already, anyway:

Meanwhile, the “Developers” Alliance (probably somehow getting backing from Apple-connected interests to curtail the U.S. bill) has been doing an Internet ad blitz and sharing this article that makes out that the loss of the App Store will be a catastrophic blow to developers. I have read this article that is the gist of their argument, but they cunningly speak in high-level generalities and make it sound worse than it is or toe the line of half-truths and misdirection.

What Does US Senate Bill S.2992 Mean for Software Developers and the App Economy? (developersalliance.org)

For example, consider this weak argument:

While supermarkets and big-box stores would continue to substitute in-house brands for successful 3rd party products (at a higher mark-up than app stores), the same practice would not be allowed by today’s platforms that compete with them.

Above all, the argument contained in their analogy above instantly cancels itself out when they employ the plural form of store: store***s. Man, how I would love to have app stores*** on my Apple device and not be restricted to a single app store! That is the point, folks! This analogy totally ignores the fact that I, as a customer, can choose any store from a number of stores I wish and that I am not boxed into just Apple’s App Store. As the resident of Apple-landia, am I supposed to get shop at other stores if Apple refuses for me as a resident of their ecosystem to not shop at any other store. The person who wrote this is clearly in lala-land and is not a serious developer, because that is not the rationale I have been hearing.

Isn’t this the point so users can default to other apps outside of the default ones and this so app developers outside of Apple can even have a chance? Consider the Apple web browser situation. Microsoft got nailed big time for what they did to Netscape. Apple, on the other hand, has successfully made every other browser a second-class citizen to their own. They finally have allowed selecting a default web browser outside of the default one… but only after years earlier banning other competing browser engines, making their competitors now simply reskins of Safari when they enforced using the WebKit libraries.

Apple’s actions effectively killed other up-and-coming, promising alternatives including notably Puffin, which offered server accelerated browsing and even Adobe Flash rendering. Meanwhile, the few surviving competitors get second-hand news about new features like extension support and to my knowledge, these competitors are not yet allowed to add even Safari’s browser extensions to their browsers like Safari can, so making them a distant second in features.

If Microsoft did even half of these things to give themselves a leg up against their competitors, they would instantly be thrown under the scrutinizing eye of regulatory bodies. But because Apple argues it is for “security” and “trust us,” they can get away with it and then pretend to rectify it with half-baked solutions. And then we have these “developers” trying to explain away these infractions with problems that do not even exist or are minimal at best.

Meanwhile, the “Developers” Alliance (probably somehow getting backing from Apple-connected interests to curtail the U.S. bill) has been doing an Internet ad blitz and sharing this article that makes out that the loss of the App Store will be a catastrophic blow to developers. I have read this article that is the gist of their argument, but they cunningly speak in high-level generalities and make it sound worse than it is or toe the line of half-truths and misdirection.

Guarantee you there’s an Apple funded consultant/cut-out thrice removed “helping” draft this piece. Next will come the “astro-turfing.” If
'grass-roots" is the genuine and spontaneous uprising of concerned folk, “astro-turfing” is outrage or concern manufactured by consultants and marketing teams in a manner to look almost as if it were genuine grass-roots.

Exactly. Suffice it to say, the replies that I saw to the published Facebook ad (among the many they are floating online) bitterly received it.

Biden takes credit for M$ pivot on self repair 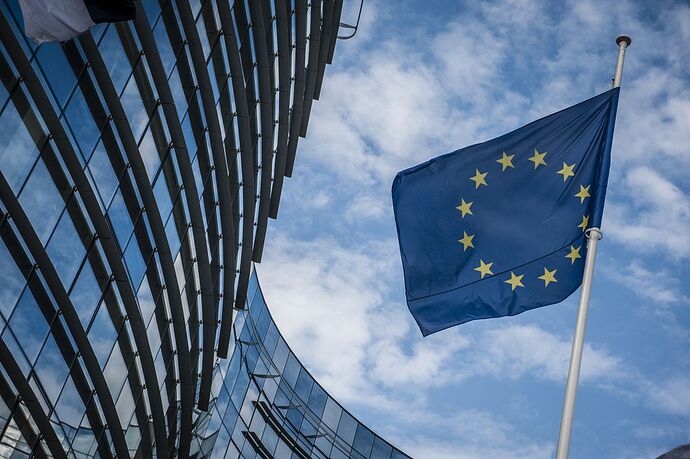 EU Provisionally Agrees on Law That Would Force Apple to Allow Alternative...

European lawmakers have provisionally agreed upon a new law that would force Apple to allow user access to third-party app stores and permit the...

There are a bunch of Apple fanboys saying this will destroy their precious security. No one is forcing them to download off-store and venture outside of the kiddy pool while the big boys hit the sandy beach to surf. It is an option for only those who are willing to take the risks. It is kind of hilarious to watch them having a meltdown on Mac Rumors right now and all the mental gymnastics they are going through to explain why they don’t want others to have an option that they will never be forced to used.

I like the idea, it’s way past due. If your company is valued at €75 billion or above then you have to meet EU gatekeeper criteria.

Gatekeepers Will Have To:

But They Can No Longer:

The fines and penalties look pretty serious as it is - and they are aimed at Apple / Windows / Google etc etc.