From a rudimentary glance, it looks like the locked down nature of iOS and Android are the issue.

Yes, there are what I would call ‘workarounds’, but I assume they don’t want to recode the program so deeply.

It is sad, because I actually purchased the paid Android version of SBP way back in the day before they switched to free. I had hoped to be able to get the brushes then with a paid version. So obviously this has been a problem for a long time. Whatever settings they have for the brushes, are clearly not easily portable between OSes, but that makes me wonder, is it worth it to keep developing it as is, as fragmented as it seems to be? Maybe a fresh overhaul is in order.

I assume they don’t want to recode the program so deeply.

Maybe a fresh overhaul is in order.

Hope so, this is a program that started out as StudioPaint in high end design studios and it could make its way back - even just for ordinary users and indie studios. They have said they are going to charge for it in which case it has to be better than the freebie tablet options.
Thankfully, they have said they won’t follow the subscription model.

Hopefully, as one of the few art apps available across iOS / Windows / MacOS and Android, we’ll see a levelling upwards. I haven’t tried Medibang or others but at a minimum, Sketchbook has to focus on being better and maybe adding cloud synchronisation of files to make it attractive - especially if you have to pay for their updated version.

Well, they clearly don’t have a problem between desktop OSes. So my guess is that how they handle brushes requires file access that the duopoly of mobile OSes do not offer.

Obviously it is possible to have an app install add-ons like brushes, as Procreate, etc. all allow it. You don’t see most of those apps turned into desktop OS programs though…

Obviously it is possible to have an app install add-ons like brushes, as Procreate, etc. all allow it. You don’t see most of those apps turned into desktop OS programs though…

At the same time, Procreate supports Photoshop brush files, so there is potential for overlap.

I gave Infinite Painter an extended try last night and hated it so much more than I didn’t like the tablet version of Sketchbook Pro…
I liked a lot of the innovations Infinite Painter has but the pencil and dip pen brushes just didn’t work for my way of drawing. For the meantime - I’ve reinstalled Sketchbook and signed up to volunteer to be a Beta tester.

I’ll continue to play with Krita and Clip Studio also - if I can find a quick way to really clear the UI of all the menus for simple sketching and drawing, that will be a huge start for both Apps.

With infinite Painter I always disable tilt in every brushes I use. They are a bit too much.

About CSP, they already did the most possible with space utilizing so i don’t think anything more could be done. My UI on new 8 inch tablet( full screen mode) 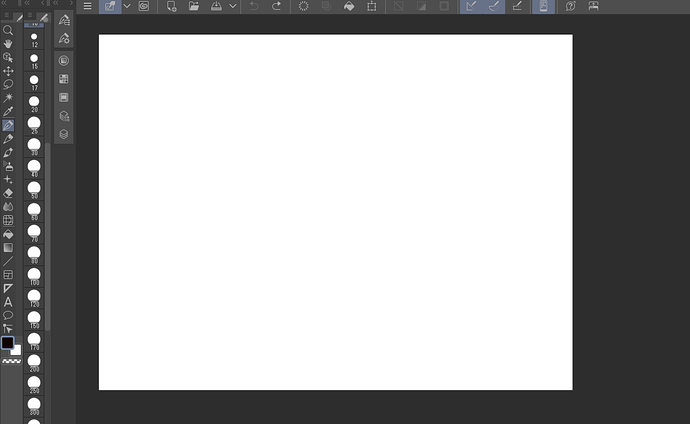 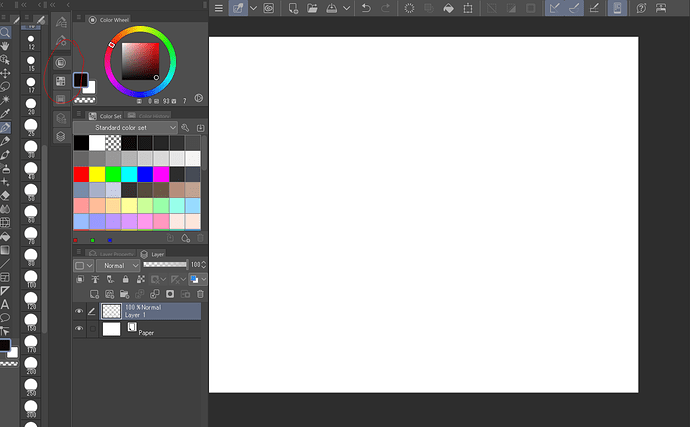 Here is my Krita UI on same tablet: 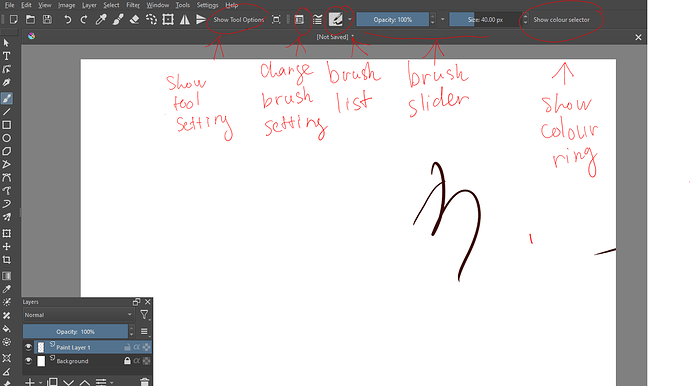 Capture71359×761 60.8 KB
It’s best you wait for Krita 5.1 official version as I am using beta with all the touch gestures shortcut and new toolbars customization options ( current official version can only use basic zoom rotate gestures)

I’m not sure it was tilt, I tried a pencil brush and the lines came out like I was using a heavy black felt tip pen. There was nothing “pencil-like” about the pencil as I could see.

That’s SO much better than I am getting - how do you get to that? I’m on an 8" tablet too but hope to upgrade to an Ultra if the deals are repeated next year.
If I can minimise the screen UI like that it would feel a lot less cluttered. Can you create different UI presets and select what works best for different workflows?

With clip sludio, you can freely drag drop hide panels, and snap them into retractable columns on the left and right of the screen, and each column can even be stacked next to each other. 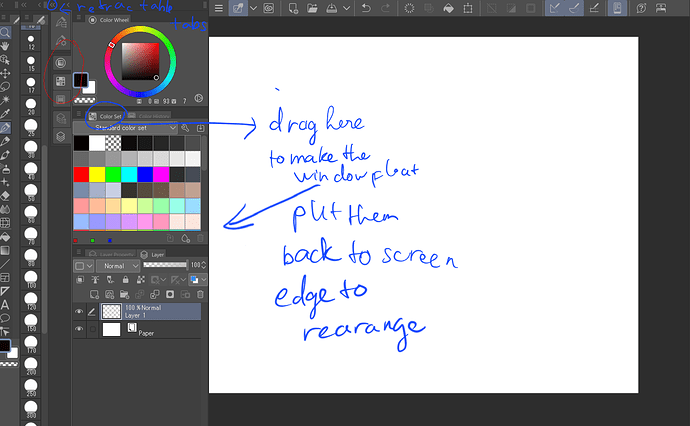 You can save each layout into different workspace and switch between them.(Window>workspace >register workspace) 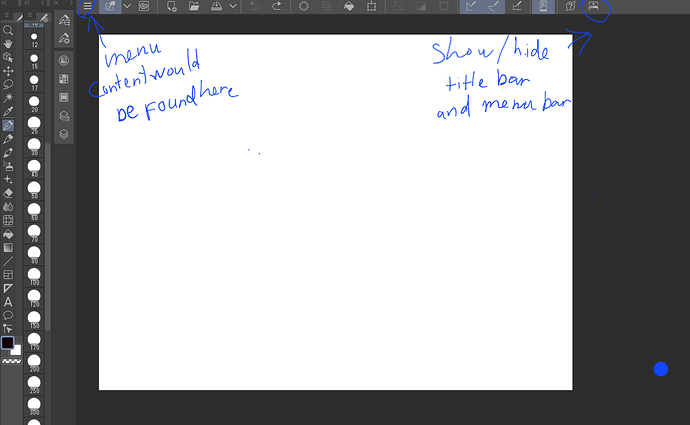 IMHO, the default UI of CSP is quite overwhelming with too much panels showing. You can turn off half of them and only keep the basics like color selector, layers, layer setting, sub tool and tool setting, brush size panel can be squashed into a line and snap next to the toolbox like I did. ( You can always go to “View” to find the hidden panels when you need them)

Here is my portrait UI 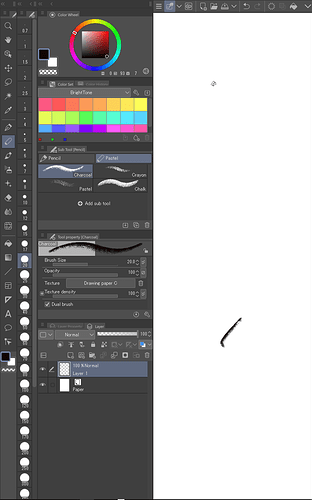 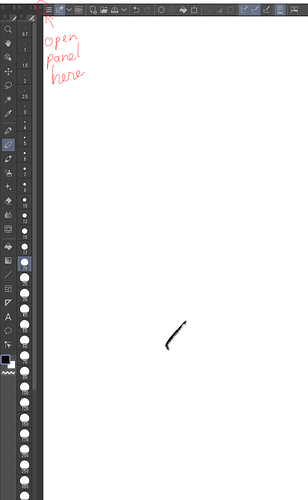 Does CSP on Android not have the quick menu shortcut keys like iPadOS has? For me, I can hid the entire UI other than the drawing screen and a small shortcut bar on either the right or left side. It’s fully customizable. I have it set up with brush resize, selection, blending brush, eraser, color picker, and a few others. For sketching it’s great, because I’m not normally changing my brush types.

Yes, there is but I usually only use it to pick color. Android doesn’t seem to allow pen and touch simultaneously.

Yes, there is but I usually only use it to pick color. Android doesn’t seem to allow pen and touch simultaneously.

I wonder if that is an EMR thing or just an Android thing. I feel like my Mate 20X allows both, but I don’t have CSP on it.

My Windows tablets can now do it ( all of them are EMR) so it should be possible: Use right handed mode and anything on the left of the pen is touchable.The iPad and Huawei use touch based system for both pen and touch so it is probably easier to configure.

Not going to lie - it took me a while to understand @CrazyCat’s instructions but I got there eventually. I’m going to try the tabbed brush size window for a while and see. I like the Android Sketchbook App’s way of changing brush size and opacity - that is worth someone stealing it.
I could also argue that the actual icons on the tools panel sometimes confuses me - the paintbrush, pen, colour-picker and I think it’s a pencil (I don’t have them in front of me) symbols can look very similar unless you constantly use them and become very familiar with where they are. I would like those 4 icons to have more recognisable differences - even colour or little pictures would help - again I’m comparing to Sketchbook here.

I think CSP is still quite shortcut key reliant - I have a spare bluetooth tablet keyboard so I’ll give that a go and see. 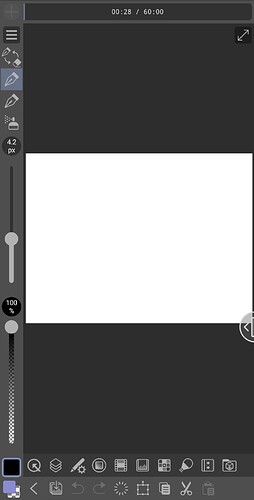 Tried the free Clip Studio Debut license on my phone and tab. It is quite a disappointment as it is severely crippled: only a few default brushes can be used, no ruler, no vector, can’t edit any .clip files that use those features. The lack of brushes is the worst as some of the default brushes are not that good. I guess they really want you to upgrade to Pro.

It can be good for basic sketching and seamlessly sync to desktop to edit further, but again Ibis Paint also has collaboration with CSP ( ibis files can be opened in CSP) and has more features than the crippled Debut version.

Just wondering, had anyone gotten any meaningful use out of CSP companion mode? It looked like a neat idea at first, but with use I found it a bit too limited, the preset only allow a couple of panels:

All of these panels are oversized can only be used separately, no way to stack them on top of each other even though phones these days are so big and tall.

What I wished the most to have would be showing layer list and sub tools list so I can switch them on the fly. Both of them are something without any real alternatives to put on the command bar/screen side and take up a lot of spaces. Unfortunately both of them aren’t available as option.

Was anyone able to use the companion mode to improve your workspace?7

Just wondering, had anyone gotten any meaningful use out of CSP companion mode?

To be honest, I am still trying to develop my basic grasp of CSP. I’ve been using Affinity Designer a lot these last few months on a personal comic project so haven’t spent as much time with CSP as I’d like.
I should probably use Clip Studio to have the vector line work and colour raster layer underneath as I’m starting to find Affinity’s brushes a bit limited but I’ve released several drawings online and the visual style is becoming set for the story / theme of the project.

What I wished the most to have would be showing layer list and sub tools list so I can switch them on the fly.

My plan was to preview web comics / webtoons.

What I’d also like companion mode to do is hide the brush setting / brush design panel - this is the one menu tab I’m still getting my head around as it’s done differently from a lot of other drawing software - even the icons throw me at times and I feel like I’m working blind - which is when I turn it off and go back to Photoshop / Sketchbook or Designer.

What I want the most is layer panel because I don’t switch brushes a lot but certainly want to switch layer frequently. You know the meme about the digital artist drawing on the wrong layer.

I had a good play with Companion mode attached to my zbook and I like it - I don’t quite understand what the difference between “SET 1” and “Companion” is - the screens look very similar with just a few tweaks.
SET 2 - makes sense, that’s just one tab

I liked the colour mixing - I found that very useable on my phone. Undo / redo and touch controls to rotate / zoom etc - I really liked that on the phone. I tend to turn touch off when I’m using any drawing App - somewhere there is always a mark from an accidental palm-rejection failure and this allows me to to use touch without the risk of accidentally drawing all over my canvas.

I found it easy to swap between panels so I can live without them being stacked and then for layers - yes, I can see a real use for that however I can now reduce my workspace and just have a layers panel on the zbook. Maybe I can get to the point everything else is in companion mode on my phone.

And yes - I have drawn countless times on the wrong layer - even though I always name my layers.
Easier to live with when vector drawing - that’s just a click select / copy / dcut and paste into new layer.