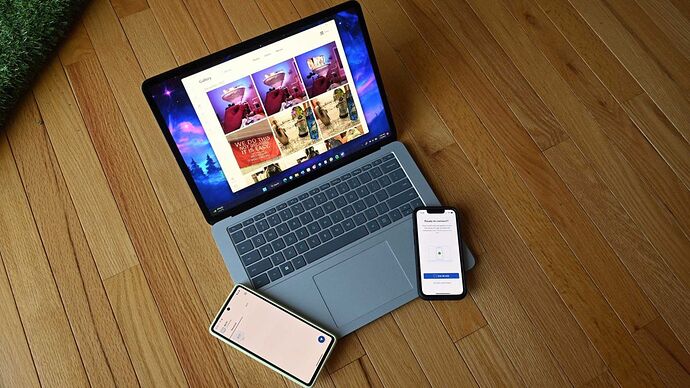 Intel’s Unison app syncs your iPhone to any Windows 11 PC. Here's how to get it.

Intel's Unison app for Android, iOS, and Windows PCs is a big deal for those who are always connected.

I’m thinking about going down the rabbit hole…

We have liftoff - it’s clunky, it’s clearly v0.9, it clears out messages when you disconnect (so not persistent) BUT

Files transferred from the iPhone to the SP8 go to a single folder under Downloads called Intel Unison, but they ARE there, so this looks like a good way to move my photos without having to email them to myself. Not sure about the messaging - but have exchanged several with my wife and goes both ways from the Unison application on the SP8; sent a photo from her phone by iMessage and it came to my iPhone but not my SP8…

How does it compare to phone link?

I don’t know - never had an Android phone long enough to try it out. Rubino says its not as good, and that should be expected given the extreme closed/uncooperative nature of Apple, but a very good first try. Apparently the program is from the same folks who engineered Dell’s connect program for iPhones, which was pretty solid according to Dell users.

PS - this morning I was able to make and receive calls on my SP8 through my iPhone; very MacOS-like. Also, I can see my phot gallery, but viewing really slows down the further back in time that I look.

PPS - I don’t see that as a real problem right now. This would only be useful for taking a photo to use directly on the SP8, not browsing your photo gallery. In fact, it works better to find the old photo on your iPhone then transfer it to your Windows PC using the file transfer option.

I thought phone link worked with Apple too, maybe not.

EDIT - i just realized I was thinking of Dells version of phone link, which is the technology Intel bought to start Unison. MS phone link is NOT iphone compatible.

I disconnected the devices this afternoon - everything I was typing in a Word doc on my SP8 was crawling (single letters across the screen). It went back to normal after a Restart - don’t know if that was the cause but used my dormant accounting skills - last in first out…

Have reconnected and working well again this morning - will report back if slowdown begins again.

“Every time application is freshly opened, user will not be able to see the previous conversations.”

However, the conversation remains intact on the iPhone side so you can see the conversation history there. This is not surprising because to maintain your history on your Mac from an iPhone you need to enable iCloud Messaging to replicate the message history across your Apple devices. I’m assume that is locked to non-Apple devices…

I’m using phone link myself with my S22 Ultra and my Surface Pro. I’d call it adequate when compared to the iPhone/iPad/Mac integration.

One thing I always find interesting in these types of “sojourns” is the level of gymnastics and compromise that some are willing to expend to do so versus taking the path of least resistance which is to hew most closely to the primary ecosystem.

That’s not a shot by any means, and I see it going the other way with for example the lengths a hardcore Mac user will go to run the PC version of AutoCad, as the Mac version is highly crippled and multiple versions behind the PC one.

It also speaks to me that Apple won’t at least license the technology that would be needed to make this truly work well. We’ve come a long way from when Apple switched the iPod to USB and came out with a Windows version of iTunes (and which they actually acquired a company to enable)

I’m using phone link myself with my S22 Ultra and my Surface Pro. I’d call it adequate when compared to the iPhone/iPad/Mac integration.

Your point is well taken master Yoda…and it is the reason the MBP14 “bargain” is not yet back in the hands of Best Buy. Juggling priorities for me is my weakest link, and one day interoperability trumps familiarity/muscle memory, and the next it flip flops the other direction.

Today it is the former, with some real distain for MS’s updates, as a recent one killed my external C922 camera - it has been connected to my OWC dock for over a year without flaw, and now the SP8 refuses to see it (and use it) unless it is connected directly to the SP USB-c internal port… 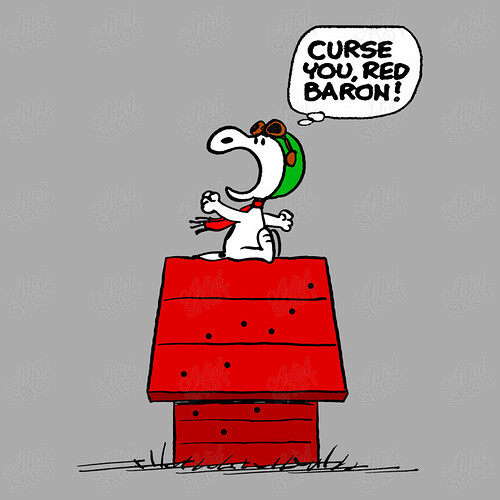 BTW: If you do slide once again in to the Mac, you ought to consider the Parallels/WOA combo. Not as full or even part time thing but as a giant file manager aka you could use windows explorer and maybe Outlook tool.

The indeterminate state of the WOA license shouldn’t be an issue for you for your purposes and even if Qualcomm suddenly decides to be dicks about it, the most they will do is disable it.

But having Windows Explorer at hand would let you move your files over as needed instead of having to do it in one go.

I think Phone Link is a little better than “adequate” when compared to Apple.

Having switched from Macs to Surfaces (many years ago), I can say that Apple’s ability to integrate everything “just works”. (But, it also ties to your Apple ID, so when it doesn’t work, nothing works.)

In that sense, Phone Link takes a few extra steps, but my Galaxy Phone works on my Surface Pro/Home Desktop (HP)/Office Desktop (Dell) and when I need it, company laptop (Lenovo). Once it’s running, I don’t think it’s much less robust (if at all) than using my Mac & iPhone. Plus the ability to screen share opens up other possibilities (like using my phone as a document camera on the fly).

BTW: If you do slide once again in to the Mac, you ought to consider the Parallels/WOA combo. Not as full or even part time thing but as a giant file manager aka you could use windows explorer and maybe Outlook tool.

Thanks for all your great advice this past year, but I am hoping my only tech resolution for 2023 will stick - I am going to focus all of my “tech hobby” energy on process vs platform. By that I mean while I keep enjoying the techno-lust exhibited here, I will direct my attention on making Windows, Microsoft Office, and Adobe work together for me in my business life; doubling down on my hierarchical based life and making my client/business folders a true replacement for all the paper I accumulate and automating those processes as much as possible. This all came to me the other day when searching for emails from a year ago with little success, and I need to “archive” those conversations in the appropriate client folder for quicker and better access, a function that Adobe can handle within Outlook and “glue” it all together in OneNote. Only ONE of a large number of projects for 2023!

I have wasted the better part of a year scratching the itch for Apple integration, when in fact I just need to focus my energy on input/output and cut the amount of garbage I create in the process, or as my mentor once told a younger version of me “Get your sh!t together and stop wasting time reinventing the wheel!”

PS - the MacBook Pro 14 has gone home to Best Buy…

PS - the MacBook Pro 14 has gone home to Best Buy

To possibly return during the next big Best Buy Apple sale…

To possibly return during the next big Best Buy Apple sale… 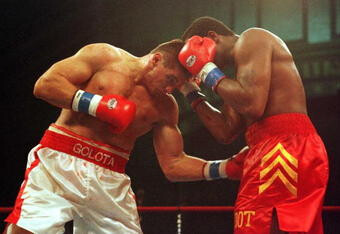 Back to our topic at hand - Intel Unison is more a proof of concept than usable solution at this point. Re-enabled, and every time the iPhone “sleeps” it disconnects and you have to restart either the SP8 or the iPhone to get it connected.

IMHO the very best you can do on the Windows side is with a Samsung S series or Fold series phone and the Windows MyPhone app. Most reliable and least fussy to maintain/manage.