Zuckerburg expects AR glasses to be "the next iPhone"

Nope, not going to happen as long as I have to wear ginormous ridiculous glasses to do it. I will admit some of the better AR is fun and engaging in a video game like way, but it’s just that, playing/gaming.

It reminds me a lot of the hype around 3D HiDef Televisions several years back and which are for all intents and purposes dead now. I actually bought a 3d capable LG 4k TV. Not for 3d, but because it was one of the better 4k TVs available .

It came with four sets of glasses and two of them are still in the original packaging in my closet. And I own precisely one 3d movie, “Cloudy With A Chance of Meatballs” which I think came with the TV.

And my wife at one point had HTC 3d phone. Again not for it’s 3d capabilities (which were pitiful IMHO) but because it was one of the very first 4G phones on Sprint, which was a big and useful deal.

And BTW, I think the only shot is if they some how incorporate the tech in to existing desktop or laptop displays.

The best example there is what Apple and Sony have done with their “spatial audio” systems which use existing headphones or earbuds. The results so far are mixed IMHO, not impressed with most music attempts, but some of the video stuff is more immersive, eg. airpods and an iPad Pro with some Apple TV content such as Severance (which is great show regardless)

It reminds me a lot of the hype around 3D HiDef Televisions a several years back and which are for all intents and purposes dead now.

As are 3D movies. But they’ll come back again (and again). I remember my first 3D movie in the 1960s. We had to go to a theatre in Hollywood for it. Not a good experience–headache like crazy–but lots of bragging rights among my friends. 3D has come back several times since then. And died.

But yeah, AR has a future. Eventually. But not if you have to look like a dork or be uncomfortable.

The Tingler or the House of Wax?

I think this whole movement to Meta by FB is going to be seen as one of the largest corporate blunders in marketing history. It will rival Nissan’s renaming Datsun to its corporate name after establishing a rabid following here in the US under the Datsun brand (the The Datsun 510 was an incredible car). All because FB has exhausted its unsustainable growth and has no place to go.

Yeah definitely and don’t forget those Datsun pickups then as well. They were quirky and not beautiful to look at, but they were darn near indestructible and easily repairable, great for me at the time with a young (and broke) family.

The Tingler or the House of Wax?

No, “The Dome” or something. About a town surrounded by a force field and the stars crash there in a plane then try to escape. IIRC.

The topic reminded me of the SCTV skit, Monster Chiller Horror Theatre, where they always had a 3D element for no good reason (like most 3d movies). Like the House of Cats, shoving the kitty at the camera, back and forth… (@2:30)

Poor kitty! But so funny and on-target parody. 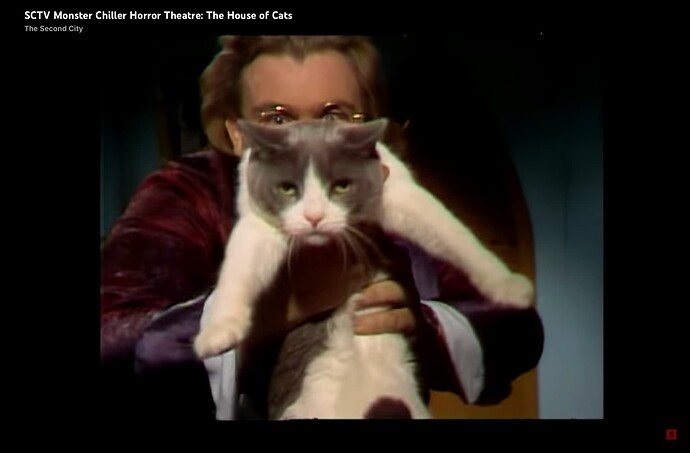 Yeah I was part of a group in my company that was fortunate??? to be among the first to see the Oculus headset.

Though in their defense they have gotten at least somewhat better now.

The Datsun 510 was an incredible car

My first car. I had the hatchback wagon.

BTW: regarding the “dorkiness factor” of the headsets. Do you all think that’s possible to overcome?

My initial thought is no, but I’m also reminded of a lot of the initial reaction to Apple’s AirPods . And now of course it’s become somewhat of a status symbol among my daughters age group for example.

BTW: regarding the “dorkiness factor” of the headsets. Do you all think that’s possible to overcome?

Sure, dorky can become cool. For young people, not geezers like me!

AR has a long long way to go, since the optical technology needs a step change in innovation. Kind of like autonomous vehicle development, the last bit of required breakthrough stalls out despite max effort.

Anything that could be considered fashionable to wear at the moment would only have a small field of view, and IMO puts practical usability barely in the usable range of smartwatch notifications.

We are doing a lot of VR in the corporate world however. That seems like the logical step in moving forward.

Fashionable is in the eye of the beholder, so to speak. 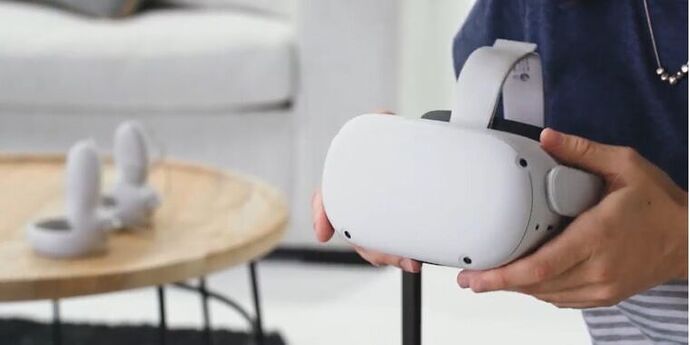 IDC: “All eyes will be on Apple” as Meta’s VR strategy “isn’t sustainable”

Technology waiting for a market that will never develop.

Technology waiting for a market that will never develop.

Gah! Not a place fit for humans. Maybe robots like Zuckerburg.

I quite liked the the term ‘glasshole’ that went with Google Glass. I had the misfortune of meeting a wearer once at a university graduation ceremony. He lived up to the meme.

That was great, lots of work went into that. The transition to the unaugmented supermarket with the crying baby sound was perfect. I could totally see people preferring the augmented insanity over the real world. So many stimuli, hard to resist!