This is fairly far afield (see what I did there?) from the main topics we talk about here, but it does dovetail with some of our broader discussions about AI for instance.
The Morning After: Major League Baseball wants to deploy strike zone robo-umpires in 2024 | Engadget

So I am a lifelong baseball fan (Detroit Tigers) and was taken to games by my mom and her father since before I could even walk. And so I’m not sure this is a good thing. Yes, like all of the major sports, Baseball has had a history of some infamously bad calls by umpires through the years.

But IMHO baseball still is the least affected by high tech, at least as far as actual play is concerned. Yes I know that radar guns to measure a pitchers throwing speed have been around a long time, and of course it was also the first to adopt big data techniques to evaluate players and team play (aka moneyball).

But even so, in the general play of a game it seems the least affected especially compared to something like football, where it seems now that every other play is subject to review. And this seems like another sad step in taking away the human elements of the game.

That will be a sad day. How can a manager get ejected for arguing with an AI? Or kicking dust up on it? Say it isn’t so, Joe… 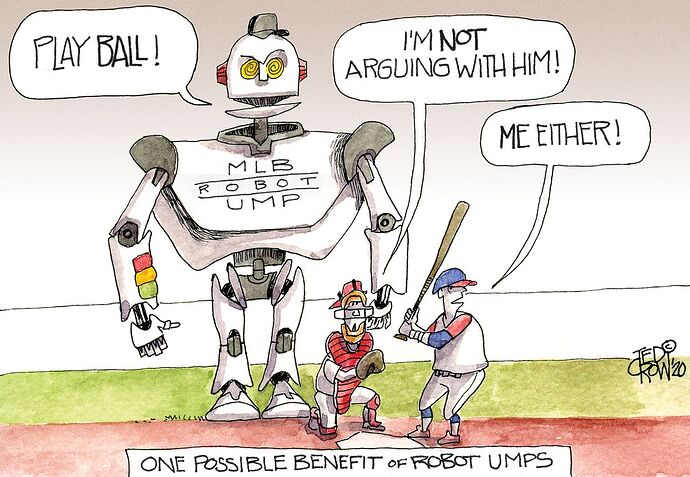 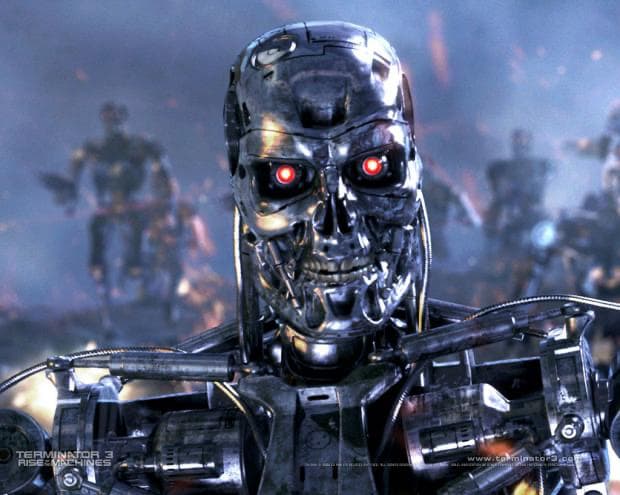 It has already begun…

I actually turned down an offer from a baseball team, since I’m involved in data acquisition/analytics for kinematic performance, so to speak. I was too worried that the current administration was on it’s last legs before an eventual front office turnover, so I was skeptical about the stability of that job.

As much as I am biased towards the art of science, I do lament that we’re essentially turning players into robots… see this cue, do this, stand here. Before long, the best players aren’t really baseball players, but the most athletic at repeating the mechanics of what they are told to do. I suppose that is what athletes do with coaching in professional sport, but it just seems like it’s gone way past the point of return.

I never restarted following baseball after the first player strike so I don’t care, but baseball sure has changed for the worse since my childhood. Like @Desertlap I have fond memories—I grew up in the Los Angeles outskirts therefore Dodger fans. Unfortunately we weren’t wealthy so we’d only get to see the cheap early games at the stadium or special discount games. Mostly Dodgers vs Giants and I got to see Sandy Koufax, Don Drysdale, and Willy Mays among others.

Anyway, it’s no longer the baseball I grew up with so it doesn’t matter what they do to further change it, for me.

In the UK, it’s been cycling (surprise, surprise) that’s been at the forefront of using technology. And as seems to be the census here, perhaps too much. British cycling certainly have a suspiciously good record. And it’s spread. Bobsleighing and skeleton is hardly about the human skill now; all about the technology.

I’m not so sure about cricket, the closest we have to baseball. Part of it is the tradition around it makes technology less welcome, but it is being used extensively now. The players certainly have optimised training. But also due to the need for the ball bounce, there’s quite a bit of randomness that a computer can’t really account for well.

Unfortunately we weren’t wealthy so we’d only get to see the cheap early games at the stadium or special discount games. Mostly Dodgers vs Giants and I got to see Sandy Koufax, Don Drysdale, and Willy Mays among others.

Before long, the best players aren’t really baseball players, but the most athletic at repeating the mechanics of what they are told to do.

I sometimes already feel like I’m an appliance dutifully turning the steering wheel to go where Google Maps tells me to go.

And to my point, we went to a game over the holiday weekend , and there was a highly disputed call with the manager and the ump getting in to it, just shy of the manager getting ejected.

If we head down this road , does the manager get a sim pin to push the reset switch ???

Well, at least it is two years after 2020 and we haven’t yet replaced man with machine in the sport.