Newest Color e-ink display is a significant jump forward, just not to the level this guy says it is 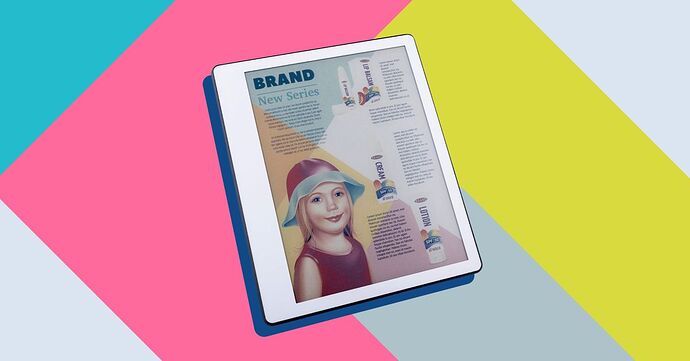 So the headline feature is essentially faster refresh, aka page turns, and it is pretty dramatic compared to something like your average kindle.

The color gamut (gamut is overstating it as this point IMHO) is also a significant improvement over previous versions. But it’s still a loooong way from even the lower end LCD’s in todays laptops and tablets.

The two shining virtues of all e-ink is how little power they consume, and that they are readable in even the brightest sunlight, and without some of the heat vulnerabilities that traditional LCDs have.

Yes you will see this in some of the e-readers and other pseudo tablets such as the BooX line. (and we hear a Kobo device will be among the first to market with this display tech)

However I think you will see the widest adoption in devices where conventional LCD tech can be problematic such as ATMs or digital signage (or Hong Kong parking meters).

It also seems to be a great fit for a couple of our custom devices, and we will be testing them as soon as they are more broadly available.

It’s possible, but still way to soon to tell if this ultimately will be as big a game changer as active matrix was over passive matrix LCD’s back in the day. (and there is yet another variation on OLED in the works as well)

It’s going to be interesting to see where ePaper goes as it improves.

But even this doesn’t look to replace MiP displays, or transflective ones, as the refresh rate is still going to be far too slow.

@Tams I agree at least in the near term. OTOH advancement has sped up in the last 18 months or so and little of it has actually made it in to a real shipping product, but late this year you should see much more, though supply chain issues could be gate.

And I’m watching the “hybrid” tech, which looks to be close to a breakthrough with variation on OLED that uses less than 1/100 of the power of current ones though obviously with some limitations

I’ll be interested to know if the new technology increases the sharpness of the image, specifically the readability of the text. That’s been getting worse and worse with e-ink over the years: 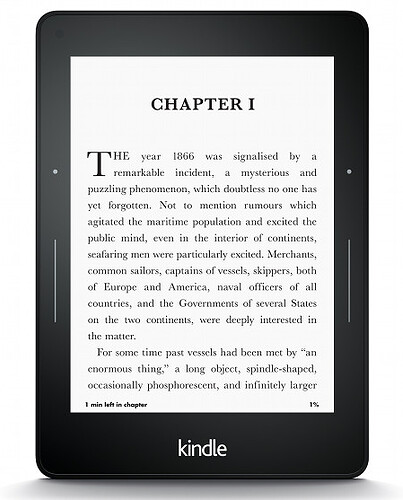 Contrast on E Ink Devices is Getting Worse Instead of Better | The eBook...

E Ink screens are great for reading ebooks and PDFs. They have more of a paper-like appearance than LCD screens, and they're more energy-efficient and can be easily read in direct sunlight, and they cause less eye strain for some folks because using...

I lean more towards reading Kindle ebooks on my iPad mini 6 lately because of that. The Kindle e-ink is, naturally, far superior outdoors and worth having for that reason, for me.

@Dellaster as you well know, displays in general are among my most favorite topics. So the short answer is yes, but I’m most interested in the extensive research that incorporates visual perception and processing that the big players have undertaken recently.

Their reasons are obvious, looking for ways to sell more/new panels in to what is in many ways mature technology.

For instance, most people seem to be far more bothered by slow phase change (aka refresh) with color displays than monochrome ones. Or that when displaying black text on a white background RGB based LCD/OLED is perceived to be of higher contrast and sharpness than with E-ink, where as with actual instrument measurement, the e-ink panel is often superior.

Or why many claim that e-ink is easier on their eyes than LCD when there is no widely accepted scientific data either way yet.

Or why, and I’m in the category myself, I seem to have better retention of content reading on e-ink versus LCD

@Desertlap - or how I prefer the e-ink Kindle for very long reading sessions due to how light it is to hold!