Has anyone tried one of these yet? I like the idea behind it, and unfortunately thanks to the airlines. I am currently mouse less. Besides the ergonomic aspects. my other concern is battery life and longevity. I had the original MX anywhere mouse, and while it was comfortable, the battery life wasn’t all that impressive and additionally it rapidly lost it’s ability to hold a full charge (less than 2 years)

Not that one, but I do have a similar Anker vertical mouse that works for me, a wireless version of this that seems to not have a page anymore. 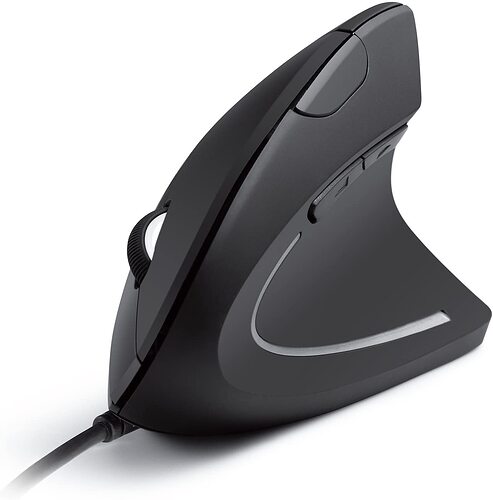 But it’s in the kitchen drawer ‘cause I prefer the Microsoft Sculpt Ergonomic Mouse. 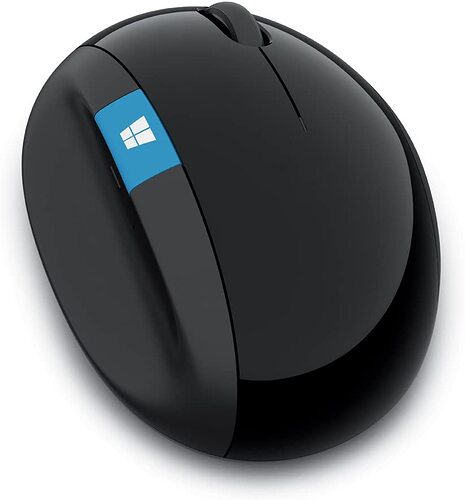 And because I’ve been using a different Logitech input accessory lately, the thumb trackball one: 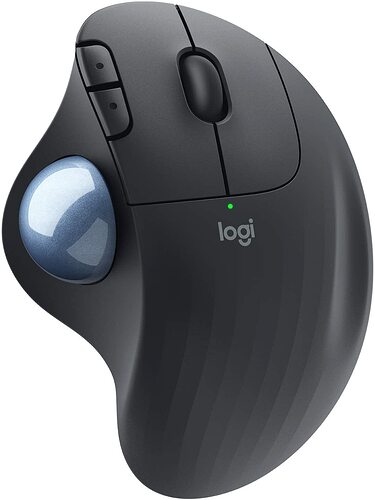 Thanks. I need bluetooth though and am not a fan of trackballs however.

I will take a look at the sculpt

I corrected my post to add that my Anker is a wireless one I just couldn’t find the page for the one I ordered. Possibly updated and they deleted the old one.

I will take a look at the sculpt

Didn’t you mention once that your wife has the MS sculpt ergonomic keyboard? It’s part of that set as well as being sold separately.

You have a better memory than I do apparently.

She’s not currently using them as she switched to the new Logitech MX mechanical keyboard and it’s mouse, but it’s likely still in a closet somewhere.

I should mention that it needs the dongle, it’s not Bluetooth.

As to trackballs, I used one a couple decades ago and it worked for me. I think I got it for the same reason I got this one: elbow problems. I’m trying to reduce elbow movement.

The last time I used a trackball was in my Powerbook days , simply because they were both the only option, and far better than anything else available.

And alas dongle isn’t an option for me either as I need it to work with any number of devices from time to time, many of which don’t have a standard USB port. Plus another thing for me to lose

Thanks for reminding me, that takes me back. I had the Power Book 180 laptop and didn’t have any problem with the trackball after some getting used to it.

Yeah I had the 170, arguably top 3 all time favorite laptops from anybody.

I just bought a used original Apple Magic Trackpad off Ebay for $30.

The Logitech trackball is nice enough, but I keep losing the pointer. It’s almost as if it travels beyond the screen borders or something. A little while ago I was ready to force a reboot after spending at least a minute trying to move it into visible space.

The trackpad won’t hide my pointer and hopefully won’t aggravate my sore elbow either. We shall see.

So I went ahead and ordered a lift mouse. Couldn’t buy one locally because I’m left handed and the only ones in stores such as Best Buy and Office Max are for righties