Not sure if anyone here uses Affinity Photo/Designer/Publisher, but they recently launched their V2 suite with an introductory offer discount:

I’m very supportive of their all-platform licensing model (that lets you pay once and access all three apps on Win/Mac/iPad), unlike most graphic software that is either subscription (

), or purchased separately per app and per platform.

I post this as a ‘deal’, since the 40% discount was intended as an upgrade offer, but got extended to new customers too:

40% off as cheap as we can make it. If there were a way we could do an upgrade offer to previous owners that would be 100% fair and miss nobody out (and not break the rules of the Apple Store and the Mac App Store) it would still not be cheaper than 40% off for upgraders. In fact it would just be LESS reduced for non-upgraders, so this 40% is the upgrade price .

So basically, you are getting the latest version of the full suite of apps on every platform, without paying any of the early adopter fees that most existing users have paid over years. A real steal, in my book.

(And a breath of fresh air, if you’ve ever suffered under yoke of Adobe.)

Aside from PC, it’s up until recently that Apple allow purchase outside of their payment system due to the lawsuit. Before that, developers are not even allowed to purchase outside the store, so it’s not exactly their fault that the app must be purchased separately in different mobile OS.

Still no Android version, which is disappointing. On PC, perpetual livense of CSP is good enough for me, not counting a bunch of extra software i bought in discount like Core Painter, Paintshop, Rebelle etc. Android has Krita and TVpaint that are free, tho I would be interested if Affinity also got there.

I bought Affinity Photo on my iPad (during a sale for 15$? I remember iOS app costed haft the PC version), but didn’t find the raster Painting tools really good or intuitive. Could also be my bad Apple Pencil experience, but it feel worse than drawing on Procreat or Medibang, and the interface is not easy to learn. I thought I would use it to touch up my drawing but never really get around to learn it.

Also the default brush setting is terrible for drawing with Pencil ( palm rejection off, pressure sensitive off, stabilizer off), basically they expect people to draw with finger by default. Took a while digging the setting to get Pencil drawing at least acceptable.

Edit: upon investigation, Serif made it clear they won’t touch Android. As much as I love discount, I had plenty alternative on Windows and no love for iPadOS, so hard pass for me.

I’ve been finding Serif’s Affinity suite very useful and the lack of a subscription is great. And I recognise that they do need to do paid new versions to stay in business.

But all of their programs, especially Publisher, are very feature incomplete. It’s far too soon in terms of where their products are for a second paid version.

I may bite this time, but if V3 ends up with similar deficiencies, then I’ll not upgrade.

didn’t find the raster Painting tools really good or intuitive. Could also be my bad Apple Pencil experience, but it feel worse than drawing on Procreat or Medibang, and the interface is not easy to learn.

all of their programs, especially Publisher, are very feature incomplete. It’s far too soon in terms of where their products are for a second paid version.

I wrote off the brush engine entirely at the beginning, but it has been slowly improving to my surprise. Responsiveness is improved with the Pencil, and there are a bevy of brush customizations that I haven’t fully explored, so I can’t say if it’s truly an engine limitation, but I would say the brushes are more for applying effects/masks than full painting.

I would definitely say there some major features lacking compared to Creative Cloud counterparts (in my case, AI fill/upscale/select for Photoshop, Live Trace for Designer).

Publisher V1 was definitely the shakiest program. My main gripes were cumbersome table formatting, forced rasterization of text (without a way to identify affected text boxes), and slowdown of the UI with a heavy layout. I’ll be watching this one the most closely for improvements.

That said, programs achieve the essentials for a graphic design workflow. It took me about 2 years to fully transition off of Adobe, but the value was worth it. There is an adjustment period, but I do not believe there is a more feature-complete graphics package for under a $100.

I only ever need something like Affinity Photo (AP) for occasional heavy lifting, and only on the iPad. Like last summer when I wanted to alter a National Park logo to make a suitable sign for my volunteer position which involved wrapping text around a curve. So although paying $100 or doing a subscription is totally not worth it, the current $12 to upgrade is an incredible value.

I tested out the Pencil functions and they have hover working, though it has some rough edges. But the original AP now has hover as well—they didn’t make it just an upgrade feature. That’s an attitude I can appreciate and supporting this kind of developer is one reason I went ahead and paid for AP2 even though I don’t yet see any killer new features to prompt it.

I remember using Freehand v2, and Adobe Illustrator v2, and I have a copy of AI v3 for my NeXT Cube in a box somewhere — Serif’s Affinity Designer is quite workable, and more importantly, it’s up-to-date in terms of hardware and file format support.

Yes, but my point is that the new versions aren’t a big enough improvement at launch to be worth what they are asking. Only but what something can do now, etc.

And it does feel a bit like getting the middle finger having the ‘upgrade’ discount be for anyone.

The fault here is Apple and the other app store managers which don’t make upgrading possible.

The 40% discount brings the cost down to what I would consider upgrade pricing, and the Serif folks have stated that it is in place for this reason.

The price is a lot less than what one used to be charged up updates — and is further discounted, and more importantly, isn’t a monthly fee — I barely use the apps in question, but will be updating just to support the company/pricing structure.

What are the alternatives?

I use opensource when and where I can, but that can be a hard row to hoe:

I’ve tried this, and it is workable…if you use only mouse/keyboard.

Throw in tablet/stylus usage into the mix, and the UI falls apart, which is the primary reason I settled on Affinity. It is the most consistent (only?) cross-platform graphics suite with decent tablet usability.

I’m a big fan of their suite and have been using it for several years now.
There’s some quality of life features I miss from Adobe, but the majority you can workaround.

For me, the only updates I wanted were DXF support, actual Vector Brushes, Variable Font’s, and Auto-Trace.
I got DXF support… It’s a start.

It’s also been announced that they’ll be offering .MSI installers as well as many users/studios/IT departments prefer the control over .MSIX; along with there being issues with DAM software not recognising the .EXE pathway from the .MSIX installation.

The introductory pricing will continue until the 14th of December.

Overall, I highly recommend trying out the trial versions and go from there - bang for buck IMO.

I got DXF support… It’s a start. 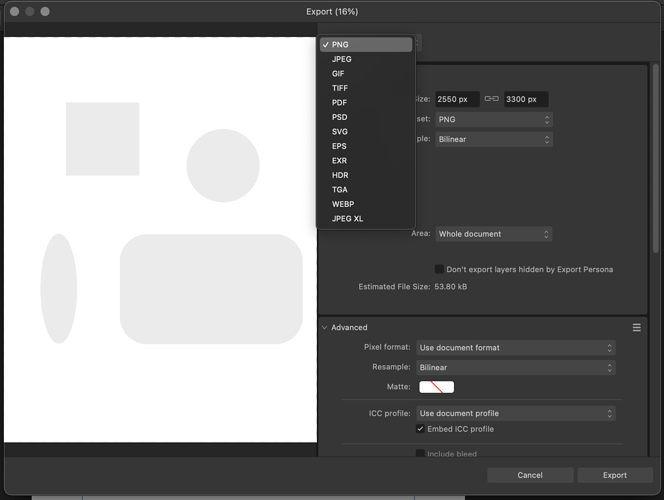 I’m not seeing it in my copy which I just downloaded.

Import only, frustratingly enough.
Hopefully there’ll be export at some point.

This works okay for my workflow for now, not perfect, but okay. 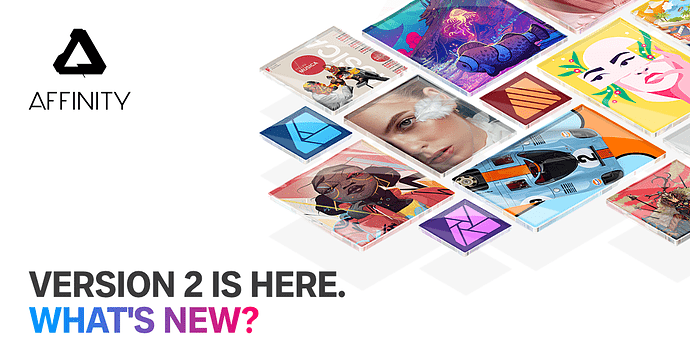 Wielding hundreds of timesaving improvements and a completely redesigned UI that will optimize your workflow, Version 2 of Affinity apps is a next-level creative experience.