So it’a been awhile since I’ve setup and configured from scratch a consumer level windows system. However one of my favorite customers scored a fairly killer deal on some Surface Pro 7 + devices. They are the base model, 11th gen Core I3, 8GB RAM, 128 GB SSD, but they also had the black keyboard AND a surface pen for under $500 total.

Essentially cheaper but better specced than the Surface Go’s they have buying.

Anyway, as I was setting it up and waiting for the usual loading of updates etc. On screen one message came up as it was updating. “Please be patient , sit back and let the magic happen”

Seriously??? Even Apple doesn’t get quite that goopy:(

Anyway, no other issues other than it still takes a ridiculously long time IMHO to set up any Windows system from scratch, but that’s an old complaint of mine.

Well, since EVERYTHING at Apple is “magical” I guess it was only a matter of time for the new MS of envy brought out the word…

EVERYTHING at Apple is “magical”

I think they are reserving that for Satya…

I’m a believer in the value of the concept of “staying in your lane” or if you have spent any time in the South, “dance with the one that brought you”.

So perhaps MS should leave the cute to Apple and Google, and double down on something like “we get S#&! done !” 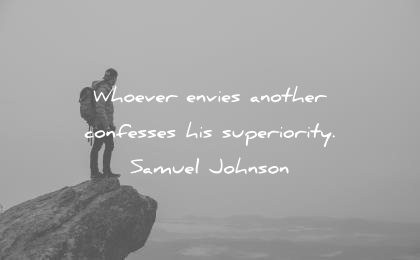 And the new classic “A little sign in here, touch of WiFi there…”

I’m more curious about how one can find that deal.

I take keyboard is included? I am fine with no pen as I have my SP5 pen. Not seeing that specific price on the CDW site, got a link??

I think it’s through their customer portal which if they are like others out there, sometimes offers deals to specific customers.

I did find this and it’s showing as in store for pickup at two of the three Best Buys near me.

Only slight downside is that it’s Windows home not pro, but if you’ve got a valid pro key going all the way back to Windows 7 you can use it to upgrade.

Oooh looks good, thanks. Related note any good deals on the SP8? Is the i5 that much of an upgrade over the i3? Is the Sp8 worth it over the 7+?

Edit I see an excellent condition open box for $530 with keyboard. Really tempting.

@Bloodycape i3 versus i5 the biggest practical differences are that the i3 doesn’t have turbo and base level integrated graphics. Turbo can make a substantial difference in something like PhotoShop, but virtually undetectable with Office.

XE graphics have for me anyway made a handful of games at least playable on my Pro 8 as long as I significantly dial back the special effects.

PS; one definite perk of the i3 is you get almost 20% better battery life though.

The two things that would make me go for the Pro 8 over the 7 + with comparable processors is the MUCH better in every way display of the Pro 8 and thunderbolt, which I use all of the time

I don’t game & but I do use photoshop(well capture one), so I may go i5 SP 7+. I don’t have any thunderbolt accessories. What’s the real world battery difference between the i3 & i5? I take SP7+ has a slightly worse battery life as the screen is larger with a similar battery size? I’m coming from the SP5 fyi.

So we are once again on a detour

Thank you for the help. I think I will go i5 SP 7+ as battery life still should be better than the SP5 base I’m on.

good choice, my same best buys are also showing a core i5 7+ with keyboard for $799

PS: two more things in the Pro 8’s favor, though you might not care is support for haptics with the new slim Pen and 120hz display rate which many can’t even tell the difference

I can tell a bit of a difference between 120hz & 60hz when I compare my OnePlus 8 Pro w/120hz on & then off, but that’s more of a nice to have. Really just looking to upgrade as I hit the wall on 4gb of ram these days. Plus SP8 is like $1000 without the keyboard at best buy. I could use that saving towards fun stuff.