So apparently "tech demo" is the new go to insult for Ars Technica :(

I mean come on, try harder to at least be original. I’ve seen this now in their S22 Ultra review, the Tab S8 coverage

Not to mention that they totally miss who AMD built this chip for. 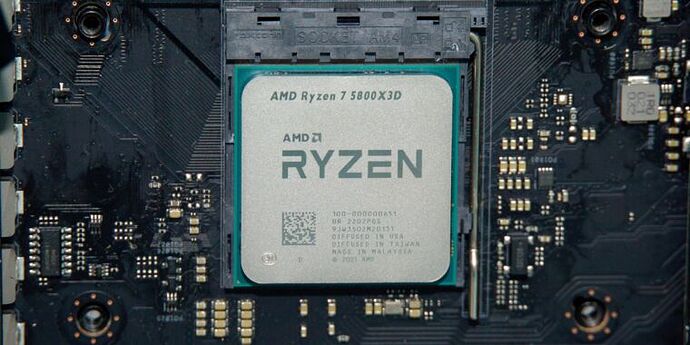 The mere mention of the name: Arstechnica makes me laugh for juvenile reasons…

oof, saying something is a “tech demo”… thems fightin’ words…

The mere mention of the name: Arstechnica makes me laugh for juvenile reasons…

I know, I’ve been a subscriber for years and always feel slightly embarrassed when I try to tell people about the site. It doesn’t help when one of their tees features their “hyperspace” logo.

exactly, and Community was one of the all-time funniest (and weird) comedies on TV.

Well, Ars’ forums, unlike their dysfunctional news site, especially their Classifieds section, is really good. Whizbang is a top-notch seller on there who sold me a like-new GTX 1080 Ti for just $525 in 2018.

i read the site everyday.

never had an issue, until their liberal covid coverage, about masking
and vaccines came up constantly.

now, at least they are back to tech reporting.

i don’t read it as often. but they are better than
zdnet, and the usual sites.

never had an issue, until their liberal covid coverage, about masking
and vaccines came up constantly.

Funny how different people read things differently. I was freaking out at the start of Covid, and Beth Mole’s early coverage of related studies (“what we know” type pieces) gave me some peace of mind. Now Ron Amadeo’s never ending complaints about bezels definitely gets on my nerves. Oh, and I seem to have a completely different taste in movies than Jennifer, seems like any movie she recommends I dislike. Or maybe I’m just grumpy!

Eh, I’m banned from there for calling out one of the authors. Think it might have been Peter Bright, who, errrr, yeah.

Well, I have another account now. I mainly just comment on the space stuff, but even that’s not great quality with considerable bias. Their consumer tech and gaming stuff isn’t good either (they tried fitness once - it was bad for a site that sells itself as semi-professional).

I don’t share their tastes in art at all. I tried reading one their ‘chat’ articles about a TV/streaming show and it was unbearable.

Some of their science and general technology reporting is pretty good though.

Some of their science and general technology reporting is pretty good though.

Yeah, they occasionally cross-post Wired.com articles, and those really make you appreciate the quality of the actual Ars articles.

I agree with you on their science reporting. And up until about 6 months ago, while it was never the best out there, they occasionally would take deep dives on a particular tech topic that were worth the read.

For instance they were leading when a lot of the information about Intel’s various Core I chip vulnerabilities started surfacing.

I’m not sure what’s changed recently though. OTOH, according to our research analysts, The Verge and CNET are the top two sites that consumers are going to for tech news/information. So perhaps they are attempting to chase that user base…
And all here know how often I rail against various Verge staff…

And speaking of Ars, this is what they have generally done well, though I think they should have started with and emphasized that these exploits require actual physical access to the machine.

And yes they can be bad…

Hackers can infect >100 Lenovo models with unremovable malware. Are you patched? | Ars Technica

this is what they have generally done well

Yeah I read many of their security articles. My main complaint with those is that they often don’t mention how to see if you might be affected. So it’s often unnecessarily panic inducing, until a commenter clarifies the situation.

… I think they should have started with and emphasized that these exploits require actual physical access to the machine.

I wish they all would do so.

Intel still has not either fully mitigated or eliminated the Spectre vulnerabilities even in the latest Alder Lake chipsets. Yes there have been software and firmware patches that partially address them, but it’s been how long since they were first discovered? And the whole tech press seems to have moved on.

I’d like to see a ongoing “clock” on some security site that recounts the number of days since they have been found, reported , and unfortunately in some cases exploited.

Yes there have been software and firmware patches that partially address them, but it’s been how long since they were first discovered?

Yeah I haven’t been keeping up, do the mitigations still significantly affect performance? I recall in the early days they could cause a… ten? percentage performance hit depending on workload. I think they improved that, but as you say, there hasn’t been a whole lot of info on this coming out in the popular press.