According to this article WSA is official as of today - install by going to the Windows Store and installing the Amazon Store - that loads and installs WSA first: 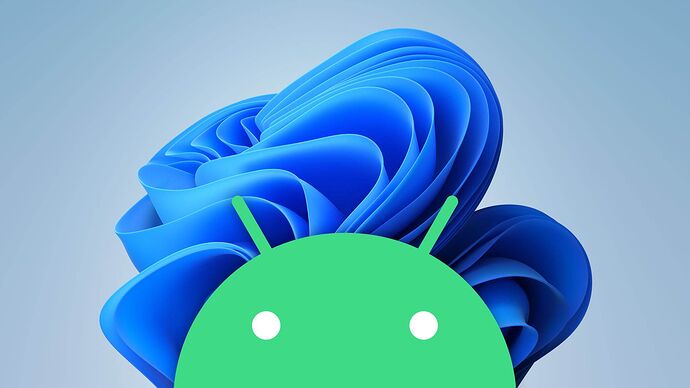 Microsoft's Windows Subsystem for Android finally gets its stable release

🪟 Subsystem for Android is now available in the stable channel! 🥳🎉

Kindle Reader up and running again but won’t be able to test much until this weekend.

PS - my SP8 is only i5, so YMMV, but opening the Amazon Store is laggy and takes a bit to populate the window with available app icons - not a good first experience…and it does look to be a 50,000 app wasteland except for Kindle (because I’m not a gamer)…

and it does look to be a 50,000 app wasteland except for Kindle (because I’m not a gamer)…

You pretty much have to be a Candy Crush casual kind of gamer to see anything other than a wasteland there for games, too.

Even weirder, shortly after this install I saw a listing for Kindle for PC on Amazon; it let me order it, sent confirmation, but nothing downloads from the link I received.

FUBAR on multiple levels. Thanks MS and Amazon.

Weird, weirder, weirdest? This time the Kindle for PC application downloaded, opened one of my books, and here’s the interface: 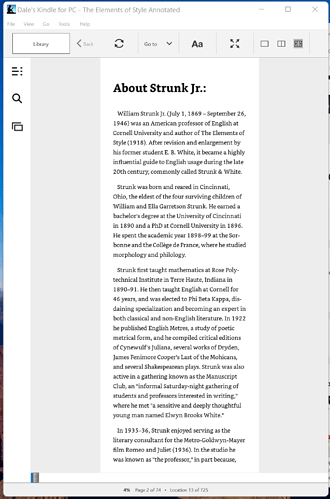 NOW - first - I thought there was no native PC Kindle Reader - so what is this? Second - why keep WSA loaded and hogging resources then?

It includes a second “:Notebook” window you can open alongside the reader window for outlining and notes…

I remember on my old, old first gen i3 laptop, even Bluestack did a decent job, but admittedly that was long long ago during the Kitkat era. Even so, with a high end Surface with a modern i5, i would think even newer and heavier Android version would run fine, especially when the Android subsystem was build and optimized for Windows by MS themselves.

Is this another " Apple sidecar suck compared to Astropad" case? Or could also be my definition of “run fine” being a low standard.

Is this another " Apple sidecar suck compared to Astropad" case? Or could also be my definition of “run fine” being a low standard.

Mine installed the Japanese Amazon store which is even more pathetic. Managed to install Google play store, but TBH, I don’t really see any special benefits to the whole WSA. Don’t play mobile games anyway.

Had Kindle for PC too. Need to go thru hoops to install it though.

You’re right - not an east install but still pretty good version and works well in my SP8.