Will He Go All Apple?

To the veterans of Tablet PC Review - yes, I do have a “purchased” MacBook Pro 14 (10/16 core model with 16gb ram and 1tb ssd) sitting in the sales shelves at Best Buy that has to be picked up by Sunday the 23rd. The reason for BB is that I have a limited window as an Elite Plus member (thanks to multiple appliance failures during the holidays) I get a 45 day return window even on Apple gear - a real chance to see if I can stand the switch from Windows to MacOS.

I’ve completed the conversion back to Apple mobile (new viewers - moved back from Galaxy Fold 3 to and iPhone 13 Pro, iPad Pro, and Apple Watch. Now, do I complete the quadfecta with a MacBook? The biggest reason is integration of all of the devices from messaging, FaceTime, call, Airdrop, handoff, backup. I’ve had a small taste of this by being able to drop files/photos from my iPhone to the HP Spectre x360-14, but that is a very limited service.

My immediate need is any suggestions or comments anyone has about making the leap. I’ve been using Windows since 3.0, and I can run it in my sleep. By contrast, MacOS is the nightmare, with everything from keyboard operations, file management, application installation and operation is foreign. It’s like being a righty and suddenly having to use your left hand to thread a needle…

A lot of this will seem basic and/or stuff you already know, but it’s what we recommend to customers switching, and almost universally the comment has been “there were several I wasn’t aware of”

@dstrauss - I was all Mac 1984-1997 and have gone back and forth a few times since then. MacOS is kind of like returning to my home town so I don’t notice what Windows people might notice.

But every return the thing that most strikes me is that program folders contain everything related to that program — no Registry, no user/apps/local bits and pieces, etc. If you delete the app folder it’s all gone *. That’s all an uninstall does. (Not including documents or save games or similar.)

*possibly with the exception of Adobe products and others which might dig claws into everything they possibly can. I don’t use them so can’t say.

To @dellasters point, that is one of my favorite aspects of Mac OSX and it makes troubleshooting app issues much easier.

However, unfortunately both Microsoft Office and all Adobe apps (much. much worse) also put a lot of “stuff” in the zillion “library” sub directories.

One direct outcome of this is you will discover if you reinstall any adobe apps, you will notice a lot of preferences and customizations, come right back.

OTOH, unlike Windows registry and libraries, the “left behind” doesn’t seem to affect performance, but simply just takes up disk space

PS: One pro trip if you want to explore those libraries, hold down the option key when you click on the “Go Menu” to see this option. However use exceptional caution and don’t move or delete anything unless you are 100% certain what it is/does.

However, unfortunately both Microsoft Office and all Adobe apps (much. much worse) also put a lot of “stuff” in the zillion “library” sub directories.

Yeah, I suspected as much and that’s why I put the little disclaimer on my post. Most programs, however, really are easier to deal with.

Yeah unfortunately due to the job, we have more experience with that than we would like.

BTW: Micrsoft’s uninstaller does a complete job of removing the stuff it installs if you remember to use it. I need to remind myself periodically not to just go in to the app folder and drag it to the trash.

As to Adobe, they have unistallers but so far from what we’ve seen they might as well not even exist

It does seem “cleaner” in that respect, and I’ve often wondered (frankly we all “know”) that the registry is the source of a lot of our Windows misery…

Your referred 13 Tips start out with an interesting quote: “You’ve seen all those sleek MacBooks in the coffee shop, so now you want be part of the club.”

PS - I’m quoting text I’m replying to, but it seems to disappear once I post…

@dstrauss If you really want to show off /test out your mini LED display. Check out Foundation on Apple TV.

Unfortunately the full picture quality (Only 4K, not 4KHDR) of Netflix, Disney and HBO max isn’t available yet due to a stupid dispute with Apple and the governing body over WideVine support with Mac OS

The integration is fantastic, so unless you have some programs that require Windows (and the hardware variety it allows) or have issue with lack of serviceability, it sounds like a good idea. They’re powerful with great battery life.

But you’ll be back to a Fold or perhaps even a new Windows tablet soon enough. You know it; we all know it.

@DRTigerlilly - my hesitance at this point is still wondering why I’m spending the extra $1100 for the MBP 14 vs refurbed M1 MBA, both with 16gb ram and 1tb ssd…

Some of you folks have WAY too long a memory of my transgressions (or is that “dstraussing”). The integration really has my attention, but I still wonder what my x360 is really missing…

Don’t think you’re getting away that easily! (and I’m a ‘newbie’)

If your x360 is serving you well though, then perhaps there’s no reason to get something. Tough call. Unless you use/plan to use messaging on your laptop or want very quick access to photos on your phone on it, the integration doesn’t really do much.

It’s two issues in one - the x360 is still performing well AND despite the better screen and more ports I’m just not sure about the extra $1000 for a MBP 14 over an MBA.

Apple made the vanilla MacBook way too good for its own good. I think if they put some differentiating factor like a touchscreen and pen input (which never will happen!) and not some silly touch bar (oh wait), maybe that’d do it. Even then, if you’re just doing the normal combo of office work and media consumption, those may be just nice-to-haves. But you could do SideCar with even an iPad mini 6 and still get the best of both worlds.

r/ipadmini - Sidecar with an iPad Mini 6 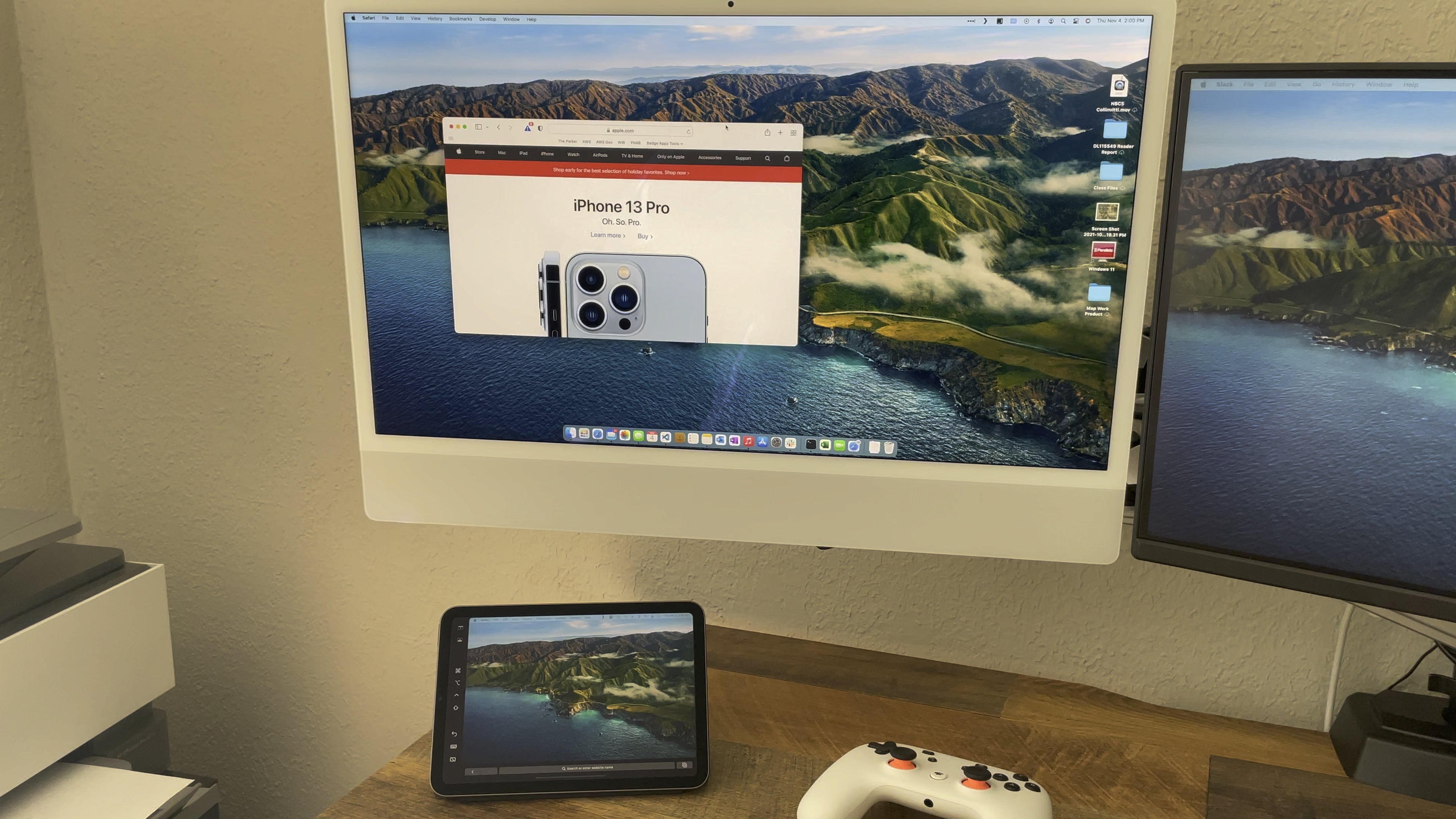 Then again your HP Spectre x360 is better suited for touchscreen and pen input as a proper 2-in-1 and that gives you tablet and laptop functionality all under one roof or chassis. So unless Apple doubles down and finally brings us a macOS or macOS-lite mode on the iPad Pro, I think it’s a decision between the MacBook’s far superior battery life and ecosystem integration and the Spectre x360’s legacy support and pen input and touchscreen.

I purchased the 14” MBP (16gb, 512) for my wife for Christmas. While I’ll admit the screen and speakers are well beyond anything I’ve experienced in a laptop before, after playing around with it for a short while I realized it didn’t really do anything different than what I want out of my windows devices. If it’s going to be primarily used for media consumption, media creation, or basic office tasks, they’re beautiful devices, but I think the learning curve might be a little steep for anything outside of that. Take all of this with a grain of salt, as I’ve only used the beauty for a couple of very short stints.

I would also say, given your affinity for pen input, this would require 100% of your inking being done on your iPad mini (and we all know how you feel about the Apple Pencil). That being said, no real harm in buying, trying and returning (destraussing as you recalled the term) if it’s not a good fit. Then at least you know.

@Yodamike - I’m balancing the need to “scratch the Mac itch” with “why in the world do I want to do this" in the fight or flight mode. Since I’ve replaced the Mini with a Pro the writing experience is much better. If I knew I’d keep any device for at least 3 years

I’d spend the extra for the MBP 14 and never look back. The real problem, as @Hifihedgehog commented, is that the M1 MBA is just too good of a device in its own right…

The 45-day experiment is on - after a lot of PRO/CON lists last night, and some additional sage advice, I’m going to pick up the MBP 14 today from Best Buy. I’ll never get over this integration craze without giving it a serious trial, so that’s the path for now.

I’ll post thoughts as this progresses, but I know I’m already wondering WHY did Apple change function key names to do the same thing as a DOS/Windows machine (CMD>CTRL, OPT>ALT, CTRL>for what, DEL>BKSPC) - of course Apple would say that MS copied the MacIntosh and did the scramble…oh well, time to gear up… 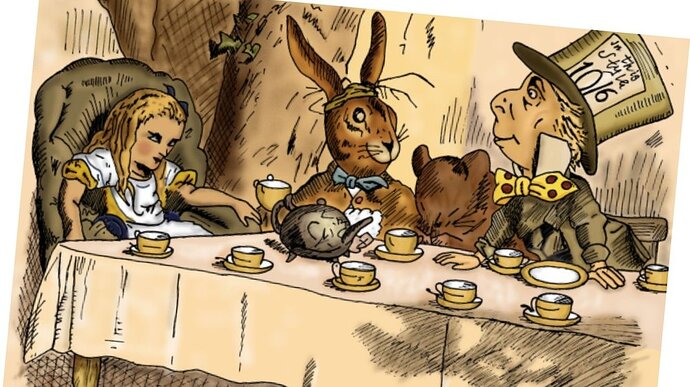 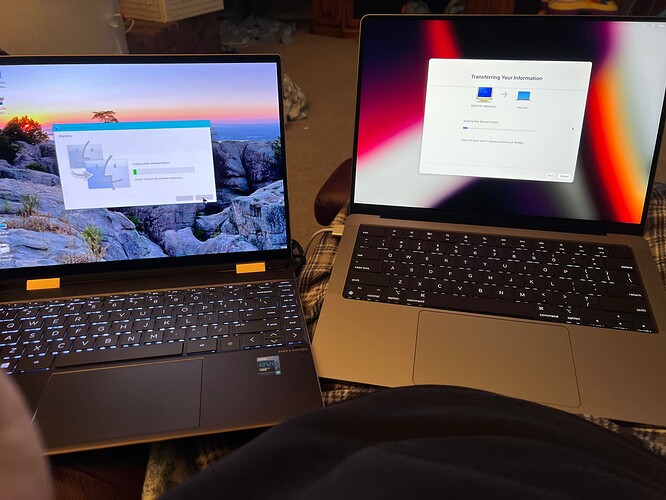 Don’t know the first thing about Macs, but isn’t there a way of legitimately installing Windows on these things and dual booting? or has it been discontinued in the recent models?

Parallels has an ongoing beta to allow you to set up the WOA preview edition in a VM, but between Office 365 and Adobe Acrobat Pro, most of my other software is cloud based (practice management and billing; legal services and research; etc.) so I should be ok for time being.

My goal is to not have to deal with Windows if at all possible, but my wife’s Publisher files will be a PITA without Windows.