We have long memories here in New Jersey

I can’t tell you how many official municipal seals I encounter on a daily basis. New Jersey is the 4th smallest state and yet has 565 separate municipalities and 21 Counties. Each has its own government, police force and local court system. So, I get to review violation notices and other correspondence from various municipalities and counties on a daily basis. Each has its own unique seal and flag. In my 30 years practicing law, none has ever particularly stood out to me. That is, until I saw Union County’s seal. 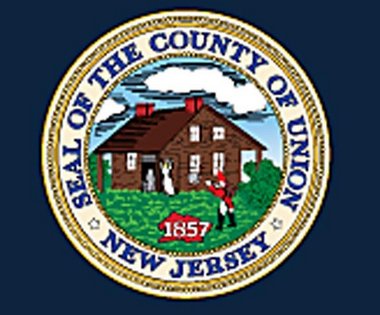 The seal depicts the shooting of Hanna Caldwell, the wife of the “fighting Parson” James Caldwell, by a British Soldier in the early days of the American Revolution. Her ghost is thought to haunt the Union County Court House and adjacent colonial graveyard. So, yea, if you’re from New Jersey, you hold a grudge … for a long time.

lol…as a Union County Resident, I have never seen that seal (or heard of that legend) but I will say it is aptly fitting for my county.

Next time I go to the Union County Courthouse in Elizabeth for Jury Duty, I’ll keep that in mind.

Next time I go to the Union County Courthouse in Elizabeth for Jury Duty, I’ll keep that in mind.

Say hi to Hanna for me.

Ironic that in today’s New Jersey, Hanna still wouldn’t be able to defend herself…