The Story of the First True Smartphone

Thank you Dieter Bohn for the history of the Springboard in Handspring Visor resulting in the first true smartphone: It started as an expandable PDA (riffing off the Palm Pilot) - a decade before the iPhone - I had the blue one that replaced my Palm.

And man were we impressed with what it could do.

Oops - can a mod move this to the general discussion forum - I misplaced it here.

Oops - can a mod move this to the general discussion forum

Before my time, but great story. Love the bit about the meeting with Jobs. Somebody had to teach Steve about iPhones…

Before my time, but great story. Love the bit about the meeting with Jobs. Somebody had to teach Steve about iPhones…

Thanks, and I think I’ve seen this story in Wall Street Journal years ago where Jeff Hawkins took “credit” for pushing Jobs into smartphone development. Ha ha ha

Interestingly, Hawkins also lead the way with the Foleo - a WAY ahead of its time “laptop accessory” for your Palm Treo smartphone. It was a major league flop though… 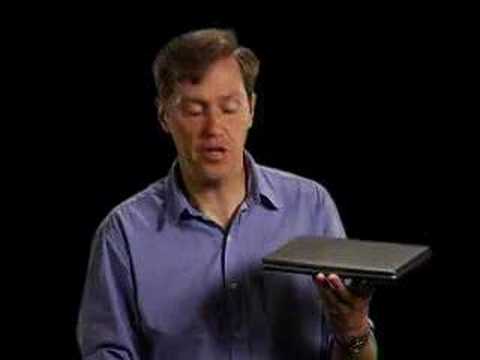 I wanted a Visor so bad when I was back in school, though I had zero need for one. And then I lusted after the Treo 300 a little bit… but when the 600 came out it practically blew my mind, and I got one immediately.

That data technology (1xRTT if I’m remembering correctly, which Google tells me was 60-80kbps) was amazing for the time, and yet I also remember waiting literal minutes for such basic web pages to load in the “Blazer” browser app. And if I remember right, that was even after some server-side technology to dumb the pages down for mobile.

Wow. Takes me back to the days when I was amazed by the Palm V and buying from places like Office Depot/Max or Staples.

I was also in awe of various peripherals packaged in the form of CF cards.

and buying from places like Office Depot/Max or Staples.

Back when there was still Circuit City and Radio Shack. Other than printers, tech pickin’s are pretty slim these days at the few Staples and Office Depots that are left. Guess Best Buy won the tech retailer survival game.

Just because I have some personal experience with him, the article glosses over what a d@@@ Hawkins was, easily rivaling Steve Jobs.

I’m not saying Palm wasn’t great technology for its time, it most definitely was. But his hubris was a significant factor in why they stalled out. In other words, Apple had the benefit of first mover status, but the carriers were less than eager to allow another one like Jobs in to their club.

Back when there was still Circuit City and Radio Shack.

Yeah, and CompUSA. I’m still in denial that Fry’s is gone.

BTW: I’m surprised there hasn’t been more mention of all the Palm’s siloed pen. I’m not certain they were the very first to do it, but they most certainly mainstreamed it.

And side anecdote, I had a friend that was a CompUsa store manager, and he used to complain about the stylus on the display units constantly being stolen. They ultimately ended up either putting them in a locked drawer or wrapping them is an outer shell the size of a hot dog, so they could attach their anti-theft stuff to them.

Just because I have some personal experience with him, the article glosses over what a d@@@ Hawkins was, easily rivaling Steve Jobs.

Even to outsiders it was clear that Hawkins, let’s just say, had a massive ego. But I don’t think Verizon even wanted Jobs in the club at first…

Yeah, and CompUSA. I’m still in denial that Fry’s is gone.

Thanks. I had forgotten CompUSA. I really liked that place. They had all the software boxes. Installation disks. Fun. So many.