Sort of restarting the Neo thread from the old board. On there we were discussing if/should the Neo become a WOA device, or become essentially a bigger Duo.

Windows Central is weighing in on the side of Android today… 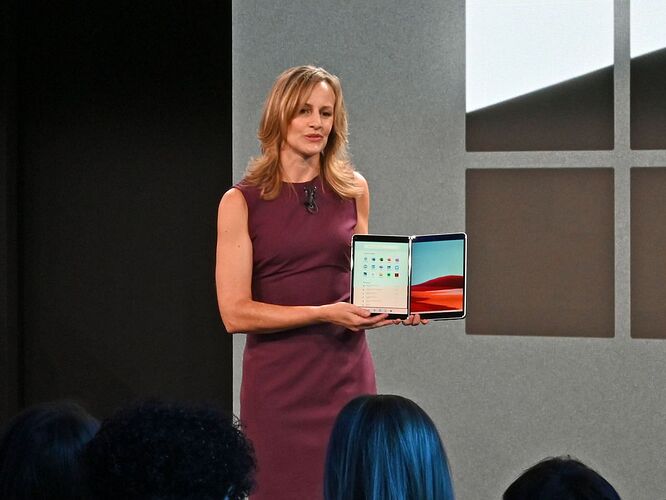 With Surface Neo's hardware not doing much these days, putting Android on it may be the best option.

Thanks for the link @Desertlap. Interesting article, all over the the place. They seem to assume adapting Windows 11 will be more work than scaling up Android 12L for a NEO. Press X for doubt.

“ On the other hand, maybe Surface Neo should not exist at all — it’s a device too in-between to be anything.”

“ On the other hand, maybe Surface Neo should not exist at all — it’s a device too in-between to be anything.”

That’s the never ending challenge right? Trying to picture how I would use it, I imagine using it as an e-reader folded in half (just using one of the screens), or folding it open and propped up (“stand mode”) when I’m tired of holding it, or briefly using it as a mini laptop with the lower screen as keyboard, and maybe occasionally use it all the way open in “extended portrait mode” to see longer pages at a glance, and for marking up longer documents.

But… it wouldn’t work great as a media machine (Netflix etc) because of the crease when folded open, so I’d still want a separate device for that. And it wouldn’t be a great “lightweight work away from the office” device, because I don’t enjoy bringing loose pieces (loose keyboard, feels clunky to me) and I don’t like long typing sessions on glass. So it would just become yet another windows device with a too-narrow use case. Tough sell for me.

So it would just become yet another windows device with a too-narrow use case. Tough sell for me.

Exactly. It’s possibly the coolest device concept ever, but …

With W11, it would replace my Surface Pro, and my iPad mini. NEO and a candy bar phone would be my 100% traveling solution.

@JoeS: I just don’t watch much media on portable devices, but in tent mode, it’d be as much screen as an iPad Mini, so I’d be good.

Exactly. It’s possibly the coolest device concept ever, but …

Nooooooo! I keep saying no Android on anything larger than my phone, please. WoA will do just fine on it. Actually that’s where the WOA should shine, not on 13" screens that can easily handle full legacy Windows OS.

The biggest problem with Android is the limited update to only 2 or 3 years, while Windows device would be updated as long as Windows is still updated (and updraded). Also Android usually has locked bootloader that would void the warranty if you unlock it to install newer OS.

Also the advantage of file system. New Android OS had been increasingly locking down file system in name of security. This make it impossible to access file in the " scoped storage" of an apps, and require you to export a duplicate to the accessible storage by file manager to get the file. It’s clunky and you risk losing your work in case the app get corrupted (because of system update) and you can’t access the work folder of the app. Still better than iOS, but that update had been breaking many drawing apps I use.

I think based on what MS did with the Duo 2 that they actually could do a decent job IF, and that’s a Ginormous IF, they really dedicated resources to it.

I think 12L will help somewhat, but based on the alphas we’ve seen with Samsung tablets and the Fold 3, 12L only gets part way there and the OEMS still need to do a lot of work to fix the current shortcomings of Android on tablets, foldables or dual screen devices

Sorry my friend, but I must take issue with this. The Duo 2 is a mess; the software simply doesn’t work reliably or well, and Microsoft has had plenty of time to iron out the many issues that still plague it. Screen freezes, UIs that close while you still need them and can’t be reopened, and unintuitive behavior are just some of the problems that my Duo 2 exhibits… and I know that it’s never going to get Android 12 , which might be an opportunity to quell some of it’s most troublesome operational issues.

No, Android on a Neo would be a disaster…

We must be using different Duo 2s’… While being far from ideal, and there is significant room for improvement, IMHO MS has done some good work to make a dual screen device a practical workable solution for some users. Is it for everyone? Of course not, nor is the Fold 3 which has it’s own benefits and drawbacks.

And both devices have a significant number of satisfied users both in my own company and in our customer base.

And BTW: where do you get that the Duo 2 specifically won’t get Android 12? Thats a possibility for the original Duo which officially is TBD, but MS has told both us and several of our customers that the Duo 2 will get both 12 and 12L though the latest we’ve heard is that they may skip regular 12 and go directly to 12L

Zac Bowden rubs it in 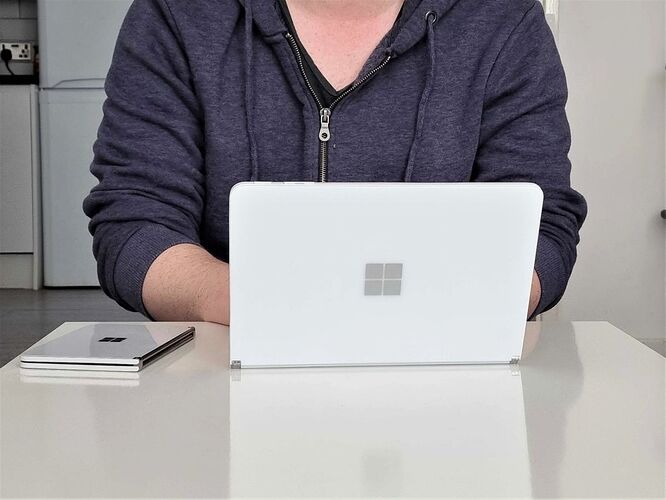 It’s been 1000 days since Microsoft unveiled the Surface Neo

So this is likely based on the thinnest of rumors , which is that MS purchased multiple foldable display prototypes, late last year.

So what I’m pondering is would I be as interested if instead of the dual discrete screens originally shown by MS, they went with a foldable screen, possibly smaller and thus more portable than the ThinkPad Fold which apparently has sold in the tens, mostly to Hollywood to be used as “futuristic” devices.

The only Lenovo Fold I’ve seen was in the Michael Bay movie, Ambulance (which is fun, if a bit dumb/ridiculous)

I think that survey is skewed by the “dstrauss flaw”- you won’t give me what I really want, so at least give me this…

I think that survey is skewed by the “dstrauss flaw”- you won’t give me what I really want, so at least give me this…

Looks like the Neo rumor mill is finally dead. Nothing? Not even a concept?

I have a good feeling the Neo is as dead as dead can be.

Dead As A Doornail Idiom Definition And Origin.

Looks like the Neo rumor mill is finally dead. Nothing? Not even a concept?

We will probably get a similar device but with a foldable screen, if MS will not do it than an OEM will make it, it is just a matter of when. Two 9" screens would be awkward for Windows unless they shrink the inner bezel further. Eg even on my Surface Go 2’s screen (which is larger at 10.5") it is too small for some programs (like GOG or Visual Studio). Still would really like to see MS or HP or whatever make a Neo like device with two 10-11" screens and if possible a thin inner bezel.

Yeah, I think dual screen is already yesterday; it’ll be a folding screen if it ever shows up. But for me the size and form factor of the Neo was perfect minus the ugly bezels. They could easily make it dual 10"screens. Then again, the problem would be the software underlying the dual screen. If they can get it right from the go (pun unintended)…

How are they ever going to do a folding screen tablet that is significantly less than 1" thick, much less thinner than 1/2"?