So what's the story behind your avatar?

So many avatars! What do they mean?! 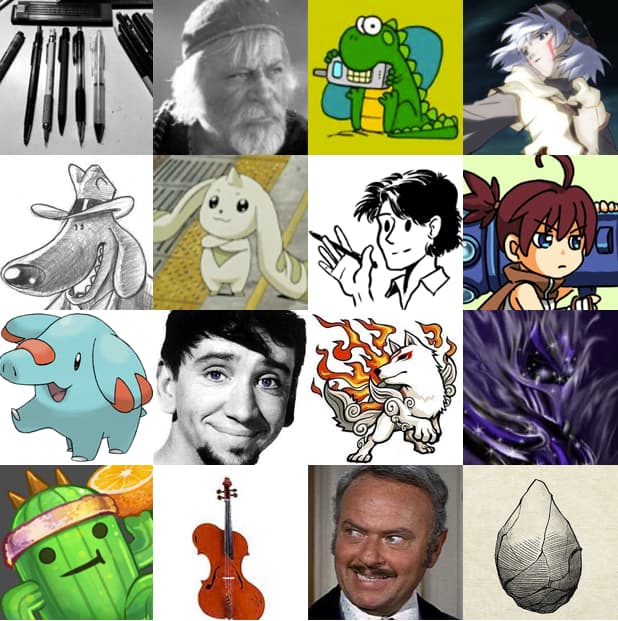 I’ll start. My avatar is Miffy aka Nijntje (short for Konijntje, which means “little rabbit”) created by Dick Bruna in the Netherlands. It’s the lead character from a children’s book series. At the time I liked that Miffy was reading a message, which is a lot of what I do on TPCR. 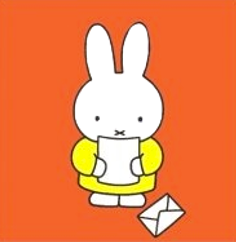 At some point I started posting so much on oldTPCR that the whole forum started looking bright orange. Nobody complained but I decided to tone it down, and while I was darkening the background I thought “wouldn’t it be funny if Miffy was holding a tablet, causing a glow on his (?) snout?” Hence a new avatar was born. 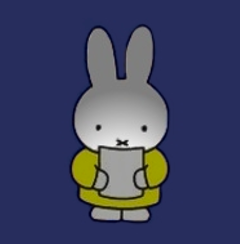 Oh wow, I thought that was a sketch of a viola, but it’s an actual instrument with that shape!!

I had the privilege of getting to try Don Erlich’s Pellegrina viola when I played with the SF Academy Orchestra. It’s…um…interesting.

Why Proximo? Is there a more appropriate curmudgeon in all of film history? Plus, my original avatar was Maximus “Are You Not Entertained?” and with aging (like a fine whine) it morphed to Proximo. (pun intended)… 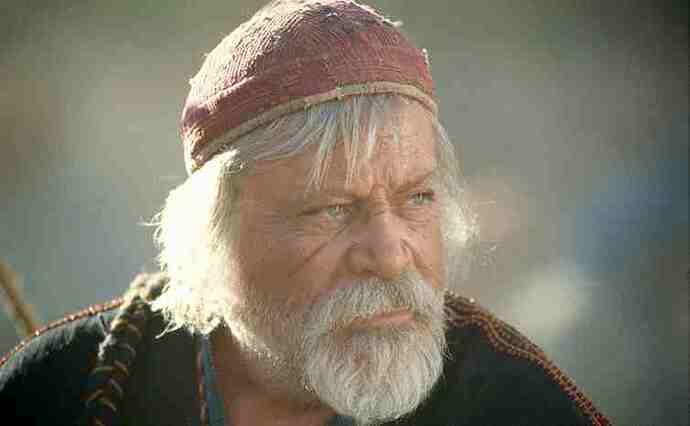 Antonius Proximo was a wealthy slave owner who owned Ex-Roman General Maximus Decimus Meridius, Numidian tribesman Juba, the Barbarian from Germania, Hagen, and a lot of other Gladiators from across the world.

Ummmm… now I wonder how you run your business!

My avatar is actually an avatar itself! of Amatarasu, the goddess of the sun in Japanese myth. Her Japanese honorific, Amaterasu-Ōkami (天照大神), is a homonym of wolf, Ōkami (狼), giving rise to the popular game of the same name.

Being a sun goddess, naturally she represents creation, another theme of the game, wherein you can use a ‘Celestial Brush’ to literally ink things into existence:

That’s very much like what we do on a tablet, no?

So putting everything together, we have the Amaterasu, the OG creative inker:

And with that, I’m going to commemorate the start of the new forums with an updated avatar. Cheers, all!

I’m already glad that I started this thread, because I had no idea!

my original avatar was Maximus “Are You Not Entertained?”

The only difference is, I think you actually enjoy your time in the gladiator pit…wrestling, and then ultimately dstraussing, every device you face.

The only difference is, I think you actually enjoy your time in the gladiator pit…wrestling, and then ultimately dstraussing, every device you face.

My user profile image has an extensive history having gone through various incarnations over the last couple decades. It all started with the blue hedgehog Sonic the Hedgehog who is the official mascot of the video game company Sega (or Service Games for those who predated my lifetime and can remember them from their early days in arcade). As long as I can remember, I have had a soft spot for the little speedy, spiny rodent and his games (well most of his games, anyway), vastly preferring his cockiness and cool factor over the frankly boring flat and generic personality of a certain Italian plumber in red overalls (sorry, not sorry; Sega does what Nintendon’t).

The folks from BrightHand most likely recognize my first profile image, which ties in with my TabletPCReview username “sonichedgehog360” which I have been wanting to change for some years on TabletPCReview for some years to better coincide with my current online persona. When I first envisioned this username, I was excited about the upcoming game Sonic the Hedgehog that came out for the Xbox 360 and PS3 of that console era. The thing was, the game itself was a tremendous flop, a game so horrendously bad that it canonized the term “the Sonic cycle” among fan circles (standing for the never-ending loop of hype and disappointment with many modern Sonic games, basically) that lives on to this day. Ah, what an emotional roller coaster that was. So I wanted to ditch that profile name and quick. 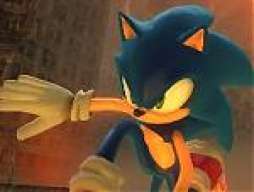 Around the same time, I was actively part of the forum on the now-defunct JunSenoue.com, a fan site dedicated to the music artist Jun Senoue who has contributed extensively to the soundtracks in the Adventure era and modern era Sonic the Hedgehog games. I was already a member of Head-Fi.org which goes without saying that I was an avid user of headphones at the time, so I eventually made the switch to the username Hifihedgehog that I use here to express my love of music enjoyment, Hi-Fi equipment, and the blue blur. The forum gang at Jun Senoue totally loved the new “me” so it has stuck ever since.

To coincide with the username “Hifhedgehog”, I switched profile images and I have circulated through various free profile images over the years which have depicted the blue rodent in all his glory crowned with a fashionable pair of headphones on his spiky blue noggin. I am not entirely certain of the total accuracy of the chronology in the ordering of the profile images that I now share below, but they are mostly in the order as memory serves me. My favorite of course is the very last one that directly proceeded the current one I now have been using. 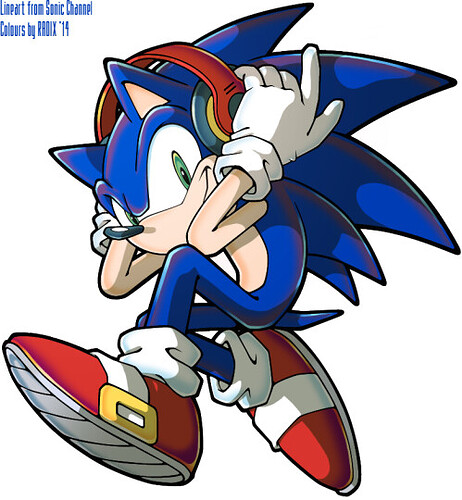 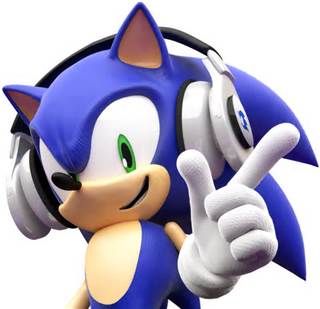 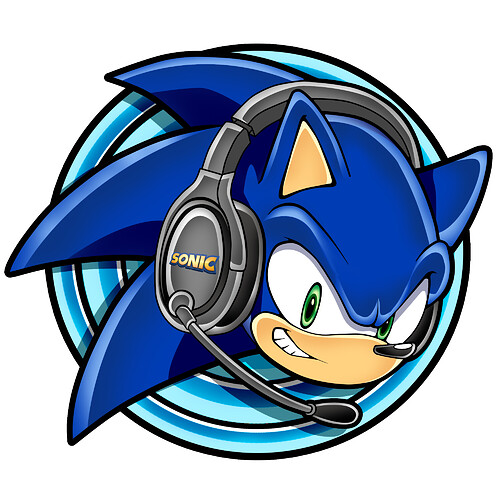 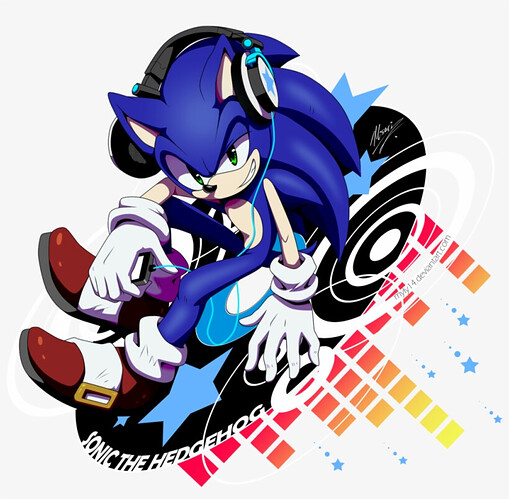 Fast forwarding to the present, my current profile image was an actual commissioned work I had paid for nearly three years ago (okay, my fandom is really showing now) after posting a wanted ad in r/SonictheHedgehog on Reddit requesting a custom creation. It features the good ol’ blue dude with the 'tude sporting Beyerdynamic T1 audiophile headphones. The T1, come to find out, weren’t actually all that good, objectively or subjectively speaking, by the way, and I have long since sold them since I had wanted to try them out of curiosity given I had gotten a good used price for them and I had been clued into some positive reviews about them. Given the abandonment of those headphones, I have been meaning to get my profile image recommissioned but never got around to it. 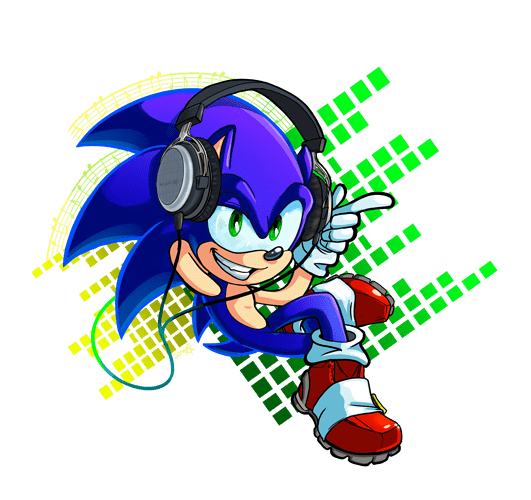 Then again, I just found this really cool image online while casually searching right now through drawings of Sonic wearing headphones, so I might just switch to that. 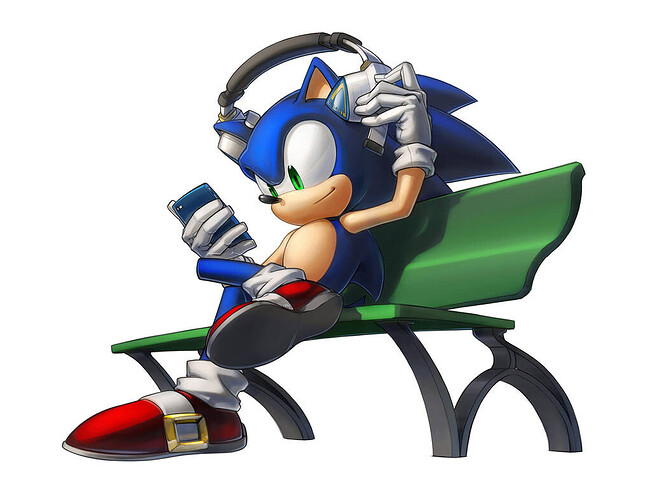 Short and sweet: it’s my cat Kiki. There is no deep meaning.

One of my favorite shows growing up was “the Many Loves of Dobie Gillis.” From that show, my favorite character was Maynard G. Krebs. Though originally cast as a companion to Dobie, Maynard developed into the most free-spirited character on early television. Three words no one could say in his presence without him reacting were “work” “marriage” and “police”. For some reason, the young version of me could relate. I also liked that avatar, because it gives an indication of my age, since only people close to me in age know Bob Denver as Maynard. Most people know him as Gilligan.

haha this is super fun!

simply put, mine is a small avatar I created to use on letterheads of invoices and such for my design business… a simple menhir shape illustrated by me with inks.

Why a stone? Why stoneseeker? I am an obsessive rock climber/boulderer. I spend a great deal of time seeking new large boulders to “develop” for climbing communities that I am a part of, and climbing the various lines I clean on them. I used to travel the world a lot mostly just for the climbing and so “stoneseeker” was my moniker on the first forum I was ever a part of, an old school rock climbing forum!
I also like that it sounds quite whimsical and fantasy like, (I’m a huge fan of fantasy in general) so even though it really just refers to seeking new stone to climb, I’m cool with people thinking its some kind of magical reference to special stones of power etc. For me, climbing has always felt so magical that I see it as one in the same anyway. Here is a painting- a self portrait- I did last year of me climbing a beautiful local boulder during the sunset. This painting later got printed on a bunch of climbing pads sold at a local climbing gym (also pictured with me). 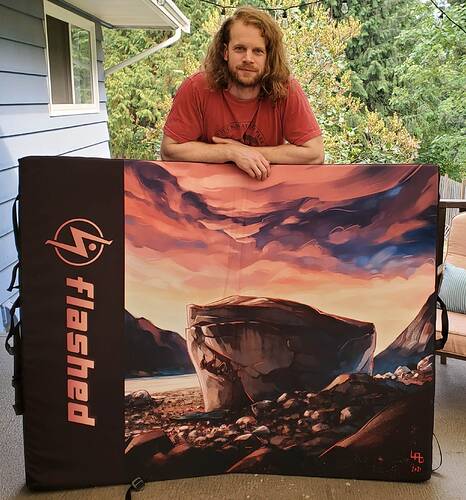 Whoa a Brighthand reference! I remember that was a go-to site back in the palm/pocketpc era.

Funny how our interconnectedness through history has a way of making the world seem smaller, isn’t it? I was reminded of Brighthand since they are among the TechnologyGuide sites that TechTarget is putting offline which I had reported to Archive Team and I logged in to tell them about it and, lo and behold, I see my account and history there. In fact, at least two of our newest forum members @Hook and @lelisa13p are refugees from there.

That’s awesome! Such great stories are coming out of a simple question! Love it.

Ma look, i’mma on TV~ I made it to OP’s screenshot! 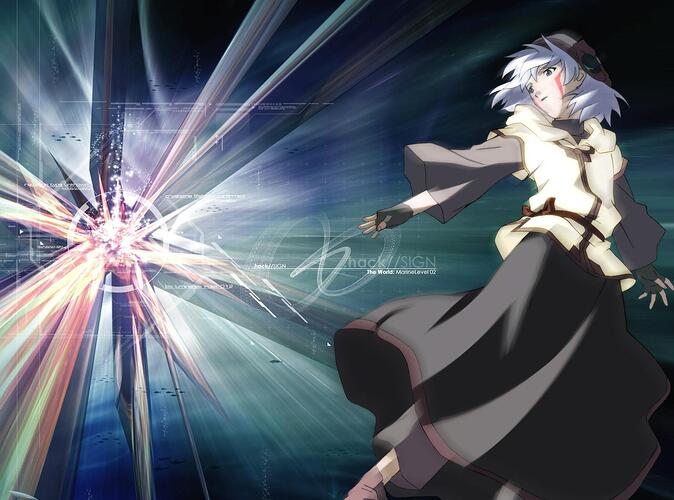 The male Wavemaster from the anime/manga/game/novel multimedia franchise .hack//, specifically the anime .hack//SIGN. Probably one of my favorite anime in 2002, I can’t believe it’s been over 20 years and I am still rocking it as my Gravatar.

Trying to explain the anime’s plot might sound cliche today, it was really ahead of it’s time, it was published in 2002 after all. It’s a show about people who play a VR MMORPG and the protagonist, Tsukasa, is the only person who can’t log out. The character has amnesia and the viewer, along with Tsukasa learn more about the world/game he is trapped in and the mystery that lead to him getting trapped in the game.

Being stuck in another world or in an MMORPG may seem cliche in 2022 but it was super innovative in 2002, pre-dating even World of Warcraft, with the only examples of MMORPGs at the time being Runescape, Final Fantasy XI, Ragnarok Online, all of which released at the time. It had very little action, awesome music, very atmospheric, mostly talking heads and mystery rather than action like. Definitely is no Sword Art Online that is for sure.

They would later follow up the anime with more books, manga, card games, and of course video games. The game they were all in would get a sequel too. It was one of the first big experiments with a huge multi-pronged multimedia franchise. I like to think it worked out and influenced many of the anime/manga/light novels we see coming out today, all with a similar setting.

I’ve had a number of avatars at Brighthand over the years. One of my favorites, back when I had my Palm TX PDA, was a Palm TX turned on it’s side (horizontal) with an animated jolly roger blowing in the wind across it’s screen, It was natural, although my screen name of Hook, a name, or variations of when I couldn’t get it, were not originally based on the Pirate. I started using the name in the late 90s when I lived in Nyack, NY and I took it from the name of a favorite geological feature called Hook Mountain.

But a few years ago I decided to pick a single avatar to use on all my different fora, and I settled on a favorite painting by N.C.Wyeth, one of my favorite illustrators. 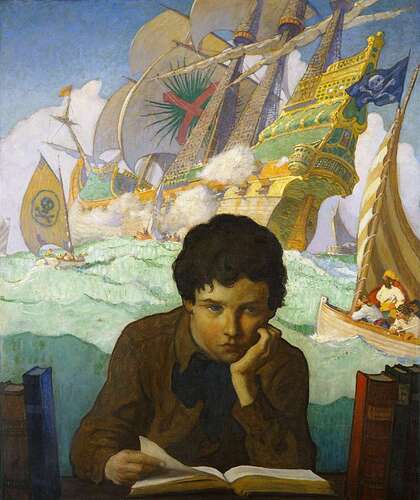 There’s no interesting reason for it, no great symbolism. It’s just that I like storytelling and storytellers and N.C. Wyeth was one of the master illustrators of the early 20th century. And I like the boy staring off into space imagining tales of pirates and high adventure. Just cool for this old guy.