Smaller OLED Displays from LG on the way

So the good news is the tech that is in LGs’ high end OLED Tv’s are going to be available in smaller sizes.

However I almost didn’t link to this article because he gets so much wrong otherwise and some of his “facts” are incredibly misleading as well.

So first off, it’s true there is a 20 inch coming and it will hit first , probably showing up in all-in-ones from HP and Dell.

But there are also 24, 28 and 34 inch panels on the way and those will end up in standalone displays from LG, as well as possibly Dell and HP.

So among the the statements that irk me and show he just flat out doesn’t know what he’s talking about is this one.

" Judging from objective testing by Rtings and other display tech reviewers, LG’s OLED TVs far outclass most desktop computer monitors on the market in all sorts of measures of picture quality, from contrast to gray uniformity. "

Umm, just no across the board. Did he even ask any TV/Display manufacturer about this? If he had, he would have been told that there are inherent design and applications decisions in implementing any display tech to be used as a TV versus a computer display , including things like color gamuts where SRGB is essentially a required standard for computer displays where as when used to display OTA or Netflix, Hulu, etc, HDR content looks absolutely terrible.

Or conversely what makes a TV excel at displaying HDR content potentially makes it lousy for use as a computer display, starting with local dimming. It can enhance video because light and dark patches are relatively large from a pixel standpoint where as on a desktop can be chaotic.

If he had even read some of Rtings reviews of monitors, they all point out that to date anyway , local dimming is worse than useless except perhaps for a handful of FPS games .

Not to mention that with TVS, total brightness is a high priority where as with computer monitors, linearity and uniformity is far more prioritized. eg. how many of use have looked at a cheap computer monitor and noticed that when looking at a word doc, that the display brightness is uneven.

Or conversely, if you want a quick lesson in the diverging needs involved, take you laptop and connect it to your average low, to mid range LCD TV and appreciate how frankly crappy it looks when displaying an Excel spreadsheet.

Not to mention things like chroma 4.4.2, common in TVs as a cost reduction measure but which makes text look fuzzy or even have a “rainbow effect”.

I could go on, but the point here is that this is a very good thing and has great potential for improved general purpose computer display options. 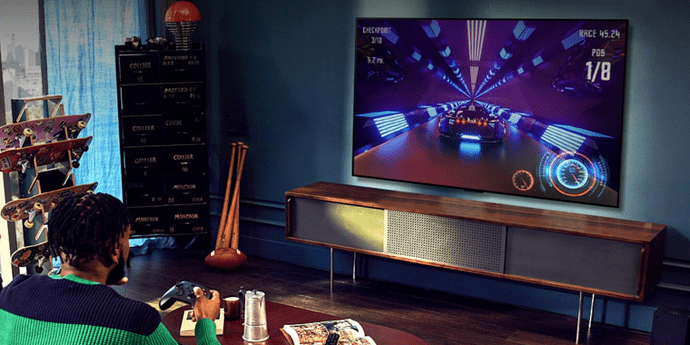