I have a master user/password doc that I keep to help me remember.

Actually, beyond EMP, there’s the possibility of a solar flare.

The 1859 “Carrington Event” would be far more costly if it happened now: 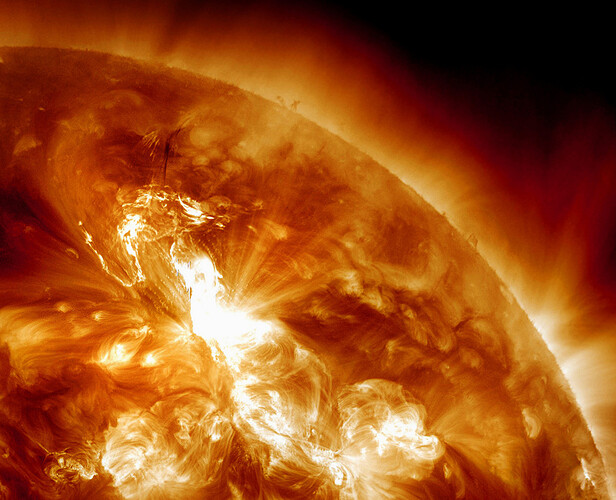 There was a “Cyberdeck” build posted to Reddit a while ago which included a Farraday cage w/ the idea of it being useful after such an event.

Yeah that was also the jumping off point for a time travel novel I read years ago. The basic premise was that the character traveled back to that date roughly and then ended up stuck there due to that event.

And it’s possible something like that is looming right now apparently.

Giant Sunspot Has Doubled in Size in 24 Hours and It's Pointed at Earth.

I take that back. I fear this more now. 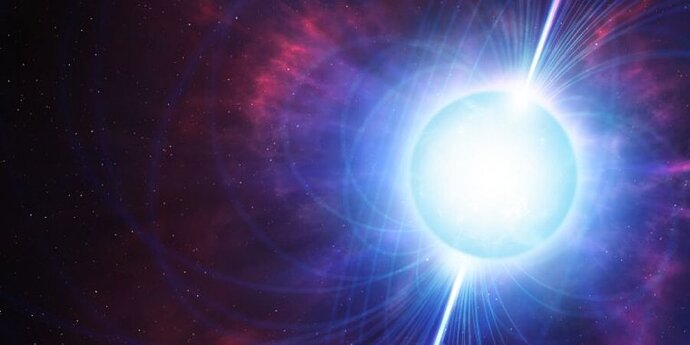 Their magnetic fields—the strongest we've observed—could melt you from 1,000 km away.

Today’s question: what is it that a website could be trying to do that causes Windows Firewall to ask for permission? Access to less commonly used ports maybe? This is while watching some online sports stream, request comes in maybe once a day, or once per session, and only while streaming from that site. 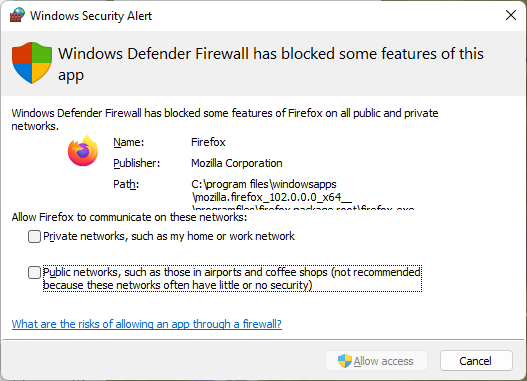 Location data would be my first suspicion. Likely harmless as many providers of live content want to know at least your rough location to make sure you aren’t streaming content that’s not authorized in your region.

Location data would be my first suspicion.

Thanks, but I don’t think so in this case. Whenever a site asks location data, Firefox pops up the permission request. This looks different, activating the Firewall.

except if it’s doing so by inferring from your IP address and DNS info. They do that specifically to thwart people trying to use a VPN to get around the streaming restrictions.

Oh I see, I didn’t know that sites could ask for that, and that the Firewall would be the “app” to intercept such requests.

Yeah most of the video chat apps do that too, but for a different reason which is to route you through the closest edge server which in theory anyway gives you better reliability

The reason why I’m a little suspicious that I can’t think of a single site that ever gives me this popup, so in the very least it’s “unusual”. And since streaming sites are by default “shady” (rebroadcasting is typically illegal) I’m more concerned with anything they present me with.

when it comes to that type of stuff, I’m with you.

in other words if it quacks like a duck, it’s probably a duck…

What type of duck though?

I’m still thinking some kind of port scanning looking for vulnerabilities, but unfortunately I’m a security noob. Anyway, I deny access and hope for the best.

Edit: looks like trying to access an uncommon port is a likely scenario. from Microsoft (emphasis mine)

There are two ways to allow an app through Windows Defender Firewall. Both of them are risky:

When you open a port in Windows Defender Firewall you allow traffic into or out of your device, as though you drilled a hole in the firewall. This makes your device less secure and might create opportunities for hackers or malware to use one of those openings to get to your files or use your device to spread malware to other devices.

Generally, it’s safer to add an app to the list of allowed apps than to open a port. A port stays open until you close it, but an allowed app opens the “hole” only when needed.

To help reduce your security risk:

That’s likely exactly the tool(s) being employed. Again if something like Facebook is doing it, it’s harmless (other than of course it’s Facebook) , But like you said if you think there is anything even remotely dodgy about a site, it probably is and it’s wisest to be extra cautious .

BTW: Xbox live uses port scanning technology too. But they do it for good reason to prevent you from mucking with things and the xbox app on windows suppresses the alert otherwise

We copy and paste that to customers all of the time

Looking at the Event Viewer for Microsoft-Windows-Windows Firewall With Advanced Security/Firewall I see that it was an UDP request. Seems like it could be innocuous, it’s a less secure (?) way to stream data packets allowing for packet loss and out of order arrival. Still not sure if it could also open me up to exploits.