This is interesting to me. On the one hand I don’t think the majority of users know or care about the speed of the storage in their phones.

But OTOH, since Qualcomm is still significantly behind Apple’s A chips in the raw performance race, this might improve at least the perception of speed as anyone that went from a spinner drive in their PC to a SSD.

Additionally, the is another front in the performance perception war as for all intents and purposes anything beyond 12GB RAM has vanishingly few benefits.

On the third hand. Samsung has consistently used the latest UFS drives in the flagship S line, but so far with little upside. 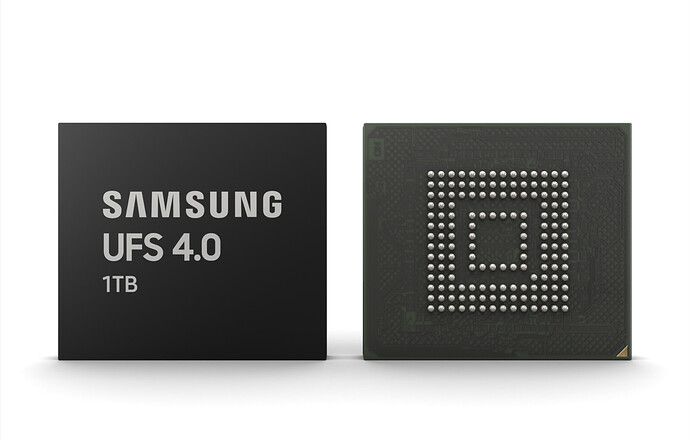 The company says it has double the speeds of its UFS 3.1..

I’ve often wondered about how phones handle today’s larger files (RAW pictures at massive MP counts, videos, and many mobile apps have files up around 300MB+) and still seem relatively snappy. Are the speed “increases” necessary just to keep up with file size and not seem like it’s slow?

To a degree, and the example you cite is likely the one that will benefit most. i.e take a photo, make a broad change such as changing the overall brightness level and write it all to disk.

Ha!
FWIW in some of the initial IOS 13 betas, the camera starting capturing images as soon as you activated it. Several observant testers discovered it and Apple subsequently turned that off.

The original intent was seemingly harmless in that it allowed the computational photo engine to gather more accurate exposure data among other things, but they were not taking in to account other upstream consequences

I’m already there, though I was a Canon patriot when I did film.

More and more professionals are at least including smartphones as a tool. Some have gone all the way. But not wedding photographers and the like who are expected to look like pro photographers, with suitable gear, even if a smartphone would do as well.

To your point the ad agencies have full on embraced smart phone video, with nearly half of the demo/draft work done on them and allegedly in the low double digit percentages being used for the final product, according to our consultant that tracks such things.

I saw a snip of an interview (can’t remember where) alleging that iPhone videos have even snuck into portions of commercial movies where traditional equipment couldn’t tread or handle the lighting conditions - I guess we are there Ted…PS - my Nikon lost out to a Lumia FZ300 (got tired of carrying so many lenses) and if that 2023 iPhone 15 really does have a 10x optical zoom, the Lumia will be dust covered in no time.

and within 2 posts, we’ve thoroughly derailed yet another thread… Viva TPCR posters !

and within 2 posts, we’ve thoroughly derailed yet another thread…

and within 2 posts, we’ve thoroughly derailed yet another thread… Viva TPCR posters !

I was using the royal “we” as I was a prime participant, and that’s usually the case

I don’t see it as “derailing” when the general theme stays the same (photography impact of higher speed storage) but the it drifts from technical to political discourse, time to cut the knot…

Once more unto the breach …