This one is real according to multiple sources we have. And the fact that its in the XPS line implies that the build quality and feature set should be several notches above the rest of their consumer systems.

MS has always positioned the Surface Pro as a premium device, but as one with a very good TCO story and this has the potential to be the same. That is unless they price it even higher than MS prices the Surface Pro. 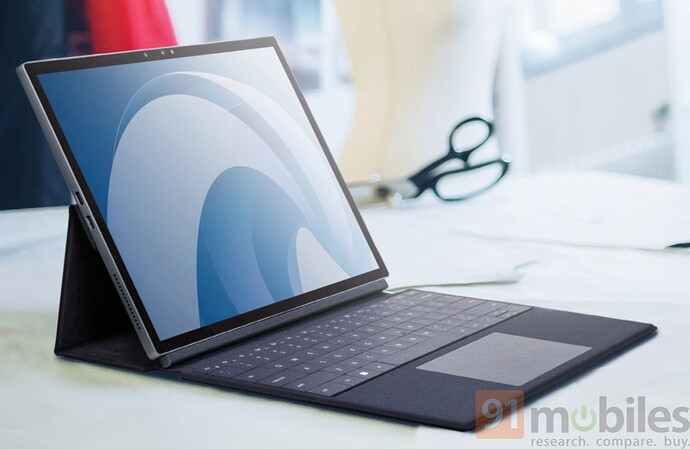 Is it just me, or does that have an iPad frame kind of vibe? It’s hard to tell from the photo perspective, but the screen looks like the iPad Pro 12.9 (4:3).

Definitely something to watch.

P.S. - I wish Dell would give up on proprietary pen standards and commit to MPP or Wacom.

@Bishop I think that it’s a distortion of the picture. RUMOR is that it will be 3:2 like the Surface Pro with MPP pen support

PS: part of the issue is that Apple also consumes the vast majority of displays in the sizes (and aspect ratios) they use.

This has me genuinely excited with the iPad-like frame that @Bishop mentioned and the strong possibility of OLED which has become a mainstay of the XPS line.

Yeah if it was OLED, it would be a killer device. OTOH a 3:2 OLED in that size doesn’t seem to be available from any of the OEMs we have access to. It is possible though they have contracted with somebody like Samsung on at least a short term exclusive

I thought Samsung had one in that size & aspect ratio on a Chromebook.

How does the MPP compare to the other pens on the market?

Reminds me more of the Galaxy Book 10.6/12 then a Surface Pro with that keyboard cover.

Very likely a 2/3 aspect ratio given the dimensions. Now if it is using MPP, unless Microsoft has upgraded the MPP it gives out to OEMs, this will likely be inferior the Slim Pen 2 on the Pro 8. 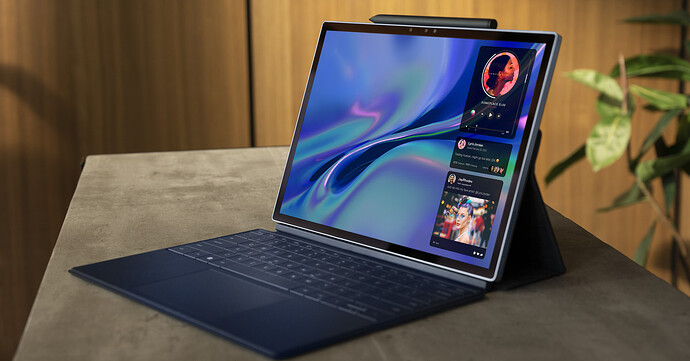 Dell is going up against the iPad and Surface devices.

I just looked at the processor: the Core i7-1250U (only 2 big cores and 8 little cores) appears to be only comparable in multicore performance to the OG Surface Pro X (links: https://www.cpu-monkey.com/en/cpu-intel_core_i7_1250u; Intel Corporation Alder Lake Client Platform - Geekbench Browser). Alder Lake-U (note that I am not speaking of -P, which is the 28W oriented variant that more aligns with what is now found in the Surface Pro 8) isn’t looking too good. Suddenly, the Surface Pro X 2 looks a whole lot more appealing with multicore performance more in line with the Surface Pro 8 (link: https://www.xda-developers.com/geekbench-surface-pro-x-2/).

Or we can all join Apple-traz and have the sweet, sweet slim bezels, beautiful miniLED displays, long-lasting battery life, and industry-leading CPU and integrated GPU performance.

Interesting, I hadn’t had a chance to delve in to the specific specs. I think by far the biggest factor is if they run it at 28 watt TDP or 9 watt TDP.

If they do the former, it may real world be somewhat competitive with the Pro 8 because the Pro 8 processor rarely/only briefly runs at top speed due to thermals, but if they constrain it to 9 watts if will make the Pro X look speedy.

Intersting, I hadn’t had a chance to delve in to the specific specs. I think by far the biggest factor is if they run it at 28 watt TDP or 9 watt TDP.

It’s a bit bigger of a gap this generation due to the differences in P core count. The -U series has just 2 big or performance (P) cores whereas the -P series has 6 big or performance (P) cores. The bulk of the multicore performance, just as it is on the desktop models, weighs heavily on how many P cores are in the mix. The -U series seems to have become a rebranding of the -Y series, what originally was Core M series. Meanwhile, the -P series is the new U series for all intents and purposes. Given that the Surface line has used the -U series and -P is now effectively filling that void, I would not be the least bit surprised if -P series Raptor Lake is what the Surface Pro 9 will use. 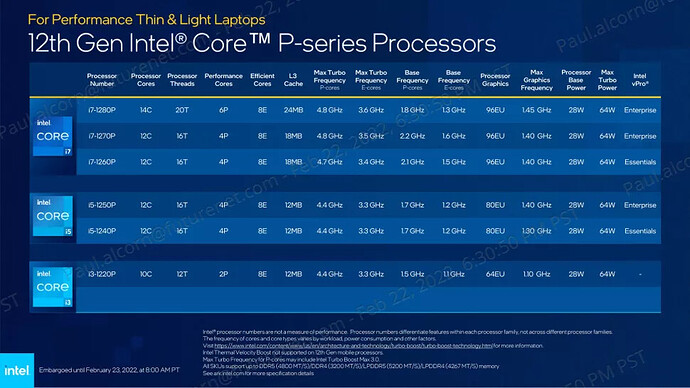 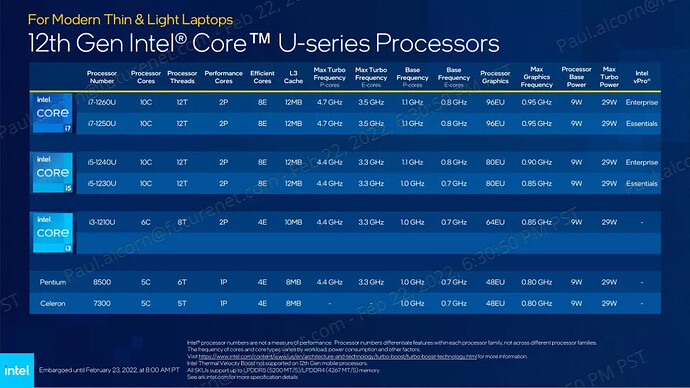 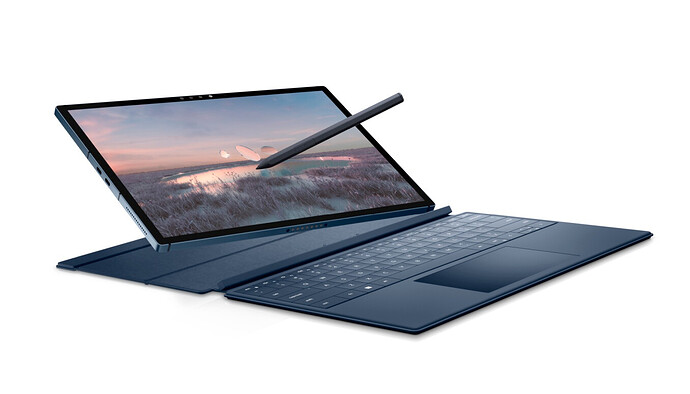 Dell has introduced the XPS 13 2-in-1, also known as the XPS 9315 2n1. Launching this summer with a detachable keyboard case, the XPS 13 2-in-1 has a 3:2 display, optional 5G support and a choice between two Intel Alder Lake-U series processors.

That 's why I said “real world” , maybe should have bolded it. Unfortunately we are still in the case where most real workloads are barely optimized for two cores, let alone 4 or 8.

Artificial benchmarks absolutely but our test workloads which of course don’t apply to everyone, tell a different story.

I’m not arguing per se with your point, just that we are in the age where benchmarks are very much picked/manipulated to tell the story someone wants told. And as you know by now, I’m a huge benchmark skeptic (in the interest of full disclosure)

PS: something we have observed which hasn’t been adequately captured in any benchmark we’ve seen is how much more efficiently all the 12th gen chips, turbo up and then turbo down. And unfortunately as well some of the thermal management systems haven’t been updated to deal with that optimally either which is why you are hearing anecdotes about how “hot” 12th gen chips run.

that makes a lot more sense. than they are using 15 watt parts, so yes I’d agree the Pro 8s will be a bit faster generally, just not as wide a margin as you’d think just by spec browsing.

PS: Apple absolutely embarrasses Intel IMHO with how efficiently they handle both multiple cores and turbo…

That folio reminds me way too much of the original Galaxy Book 12, which later morphed to a proper kickstand. And wat’s with a glass back - I know it prevents signal interference, but aren’t these things at enough of a breakage risk without full glass casing front and back?

…we are in the age where benchmarks are very much picked/manipulated to tell the story someone wants told. And as you know by now, I’m a huge benchmark skeptic (in the interest of full disclosure)