Pen Silo fans rejoice, you can now get it....in a Chromebook :)

Seriously, though Acer has been from day one among the best Chromebook OEM 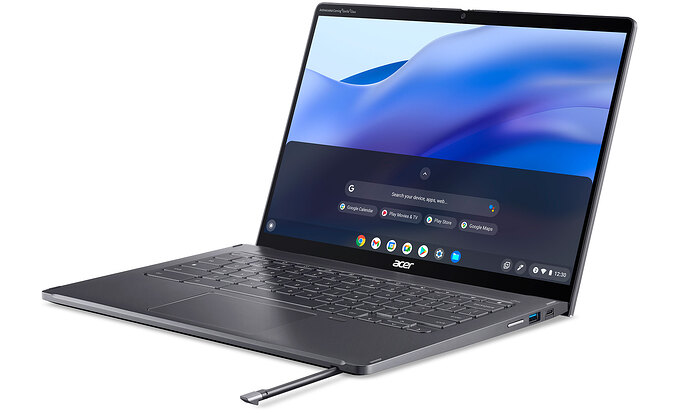 Just give in to the “Google Gulag” and you too have have a pen silo… (Can you see what I did there from the “Walled Garden”?)

Actually I have seen that “pen charge in silo” design in several hybrid Windows laptops with similar price before, like Lenovo, Acer… in retail store. It’s not exactly unusual, and not really exciting because it’s usually MPP or AES with mixed writing results ( because different touchscreen model).

If this is USI ( because Google seem to be promoting it in their Chrome book) then it’s the first time I see silo design for it though.

It is USI. All Chromebooks new as of 2021 if they support an active pen require USI support for certification

I’ll see you, and raise - “Apple Alcatraz” - aka “Appletraz”

Interesting. It actually help prevent buying the wrong Pen. The number of pens protocols on Windows is such a mess.

I haven’t seen new reviews on USI performance, was it improved yet? Last I remember it was inferior to MPP and AES, with low or nonexistent hover distance which in turn make palm rejection terrible.

The Article also mentioned a Snapdragon Chromebook. I wonder about the pros and cons of each chips. The intel is probably suitable for people who ultilize Linux, why the ARM one is probably more efficient in running Android Apps?

BTW: You can’t put Windows on it due to a conflict between the way Google and Microsoft implement Secure Boot. You will be able to put several Linux Distros on it however including Fedora and Mint

Seem to be a trend with OEM increasingly restrict/ locking bootloader access, so it get harder and harder to repurpose hardware . I consider EFI already a downgrade on OS freedom, still salty I can’t install a 64 bit OS on a 32 bit EFI after upgrading the RAM on an old laptop.

Edit: comparable to mid range MPP is already an improvement considering the licensing is free. I never expect it to be able to match S-Pen EMR anyway, it’s still the golden standard in Windows/Android with warranted pen performance and calibration ( from Samsung).

I’ll see you, and raise - “Apple Alcatraz” - aka “Appletraz”

WAIT A MINUTE @Bishop - does this make me the Birdman of Appletraz?

WAIT A MINUTE @Bishop - does this make me the Birdman of Appletraz?

Nah. Maybe more like Steve McQueen in solitary from Papillon 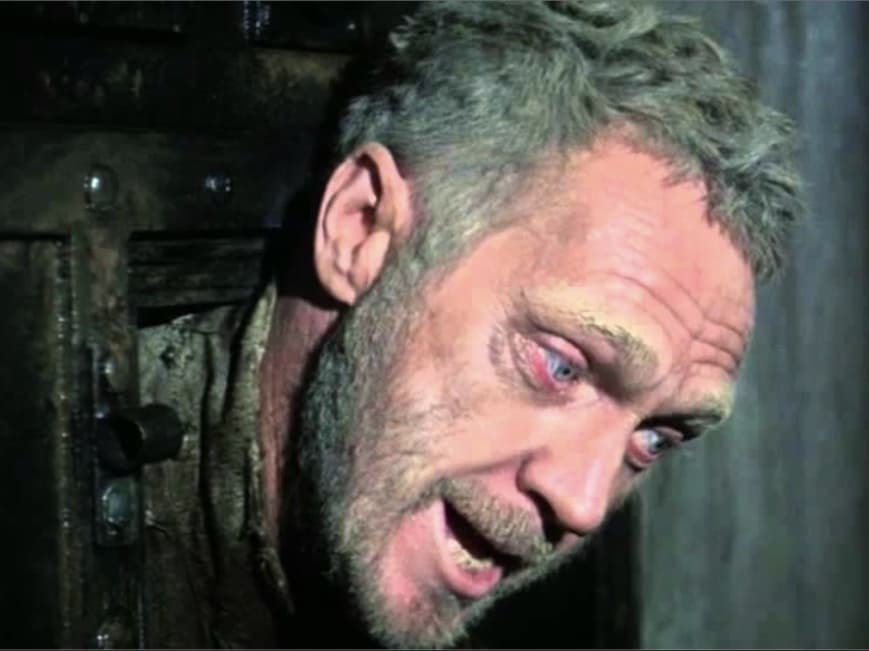 We are supposed to get hands on with that one next week. Performance is going to be towards the low end, but on paper anyway,is quite rugged and is supposed to have exceptional battery life. Likely aimed at education

Nah. Maybe more like Steve McQueen in solitary from Papillon

He seemed to relish solitary… 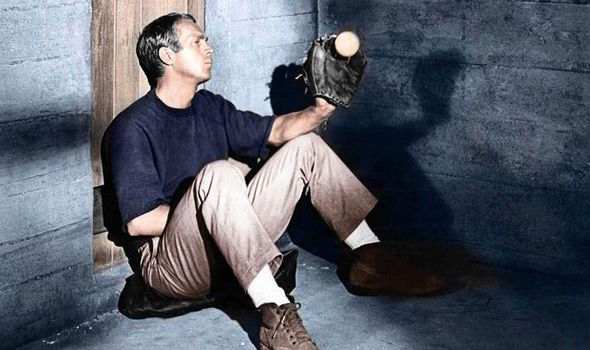 Be curious to know how performance & battery life ends up.

Yeah, I’m also more interested in the Snapdragon 7cx version. It supposedly has more battery life and being able to run Android app natively ( is it?) should make up for lower performance compared to the intel i7? The 7cx should still be one of better mid range chips when using Android.

ARM linux might still be niche but there’s probably more app support with the popularity of Raspberry Pi.

We intend to test the Acer when we can get hold of one. It is a gen 2 7cx which is supposed to have both better performance and battery life than the gen 1 which is what’s in HPs Chromebook/Tablet surface lookalike (and which is a dog performance wise).

BTW: People probably shouldn’t by an ARM based Chromebook with the idea that Android Apps will be faster than on intel. There is a long and boring technical explanation, but it boils down to Android apps running in a sand boxed , and virtualized mode whose absolute focus is security versus performance.

PS; That fastest Android app performance outside of a Gen 1 8Cxsmart phone like the S22 Ultra or OnePlus 10 pro is now as of the last cumulative update, a Surface Pro X with the SQ2 chip. As of this last update, the Android Windows subsystem is fully native on the SQ1 and SQ2