One potentially major downside of the cloud, unexpected loss of previously purchased content

This is actually a side effect of Sony’s decision earlier to stop selling movies through the PlayStation store. It’s also a pretty brutal reminder for those affected, that you don’t “own” your digital content in most cases, but are being “granted a license to view/use it”. And this extends beyond video and includes ebooks at all three of the major ebook providers, Amazon, Barnes and Noble, and Kobo.

The no refunds stance I’m sure will spur lawsuits. I suspect in this case that neither Canal or Sony wants to incur the costs here. Microsoft faced essentially the same thing when they removed ebooks from the Microsoft store, but did the right thing, IMHO by offering full refunds to all customers.

And as startup streaming further fractures content ownership, many people will find the book/movie/song they “bought” is no longer licensed to that vendor and therefore is unavailable. There is some ugly language built into the end user/license agreements people clicked through to get digital content. Kind of like some people’s approach to marriage: “I’m yours forever, unless I change my mind.”

My favorite marriage vows scene. From the Princess Bride 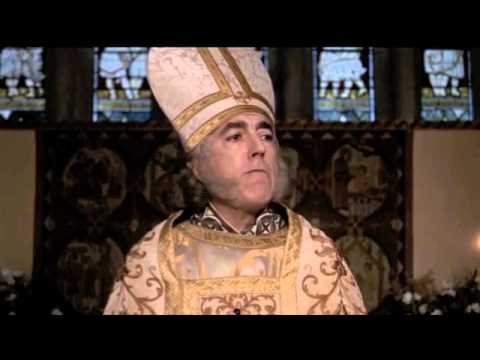 I’m partial to the wedding at the end of SpaceBalls:
Spaceballs Marriage Scene ~ FUNNY!! - YouTube

The really interesting thing will be how this plays into estates.

I inflicted my name on my son (not the full moniker which I have of my grandfather and share w/ at least one cousin (along w/ a birthday — only our SSN and place of birth differentiates us), but w/ a different middle name — both of his grandfathers shared a name which neither used, so he got that for a middle name), and since all the digital content I’ve bought (a couple of songs on Apple Music, a fair number of ebooks and a lot of music from Amazon (CDs bought as gifts but which have AutoRIP for the win)) is tied to my e-mail address, I keep my e-mail password written down in an envelope in a safe for him to take over for the sake of accessing once I’m gone.

While not allowed, it currently seems a workable plan, at least so long as Amazon doesn’t go away.

While not allowed, it currently seems a workable plan, at least so long as Amazon doesn’t go away.

Or until an AI/algorithm determines you’re 146…

I’m sure will spur lawsuits

We can only hope.

This is one of those few occasions where I agree it SHOULD spur lawsuits - those digital rights agreements are no less onerous than shrink wrap contracts where once you open the package they OWN YOU, not the other way around.

those digital rights agreements are no less onerous than shrink wrap contracts where once you open the package they OWN YOU, not the other way around.

This is why I still have a healthy collection of music I’ve purchased on a hard drive stored away, and another collection of old CDs with a CD burner should the hard drive fail. I should probably do the same to some DVDs I have stored as well.

That being said, we have “purchased” quite a few movies in the last few years that just don’t happen to be on the multiple streaming services we also subscribe to. I’ve worried the same thing, that eventually they will go defunct, or otherwise move content, but for the most part, I figure paying 3-4x the price of renting them, as long as I watch them 3-4 times before they do, I’ve at least come out even.

… but for the most part, I figure paying 3-4x the price of renting them, as long as I watch them 3-4 times before they do, I’ve at least come out even.

Yup, I don’t worry about it. Most movies I watch are part of a service, such as HBO Max which I receive along with my AT&T plan, so I can’t lose anything. Occasionally I’ll rent something outside of a service. And the rare times I want to “own” a video I’ll order the DVD and rip it.

Most ebooks are so inexpensive nowadays that I don’t sweat it. And unlike when I was younger and reread everything three or more times, these days there’s a far greater selection of reading material so I never run out of new stuff and therefore don’t have to reread much except maybe to refresh my memory when a sequel comes out. And then there’s Kindle Unlimited which is dirt cheap if you read a lot. The quality of the selections has improved from the early days, too. I usually subscribe when there’s a deal (often x number of free months), read a bunch, then cancel before regular-priced payments start. Rinse & repeat every year or so.

I completely forgot about eBooks. I did get burned on some of those years ago. I can’t remember the platform, but I bought several for my old HTC Flyer, and when it died lost them all since the online platform went under. Unfortunately the first thing to go on my Flyer was the port, so I couldn’t transfer files off of it easily. Mostly now I just stick to paper books.

Well, as someone who lives in an RV and travels all year, physical books are out of the question due to weight and bulk.

Thinking back, one of the main reasons I collected physical books was because in those days they’d go out of print and become unobtainable, anywhere, for any price. Especially if the author died or otherwise stopped writing—no chance that they’d write something new that got popular, prompting the publisher to reprint earlier works.

I prefer the situation today despite the downside of not really owning a book. Nothing goes out of print anymore!

That will be my son’s problem.

On the bright side, apparently the first person who will live to be 200 has probably already been born, so maybe not so much an issue.

That said, I buy all of music on CDs (it was really annoying when the soundtrack to The League of Extraordinary Gentlemen was an iTunes exclusive — had to import it), and the book purchases are pretty much only things which are on sale for a dollar or two or three, and which I pay for using Amazon Gift Cards purchased using Microsoft Rewards points — no real money involved, so no real pain in the loss.

Similarly, I still feel a bit bad about getting an ebook price-fixing settlement check for the copy of Space Cadet which I got for $9.99 using a $10 credit for browsing the Sony store on a particular day. (In retrospect should have kept the check w/o cashing it — could have been displayed next to my Donald E. Knuth Reward Check: Knuth reward check - Wikipedia — still need to find another error so I can have an account at the Bank of San Seriffe).