Nothing Launcher out in beta for Samsung S21 and S22

Some interesting ideas here. I downloaded it on our lab S21 to try it out and am somewhat impressed especially by the relatively intuitive UI.

Makes me look forward to the forthcoming phone, though they have a ginormous hill to climb for success 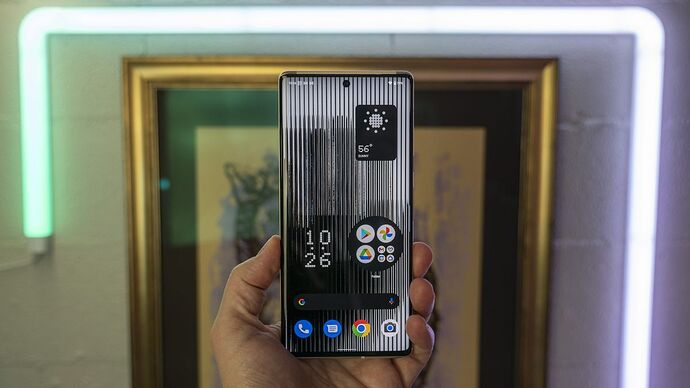 For now, it's only available to try on the Samsung Galaxy S21 and S22 phones as well as the Google Pixel 5 and higher models.

I’m being a wet fart today, but that just seems like another launcher. Another one where a few features just won’t work properly with it and they’ll never bother to fix it.

As for Nothing… they seem to very marketing heavy. I found their wireless earbud launch to be quite nauseating.

@Tams in the large sense you aren’t wrong, and most certainly there is actually nothing (pun intended) that represents a dramatic shift from what we are all accustomed too. OTOH there are a bunch of subtle differences that only several themselves through extended use.

That, plus what they’ve said publicly has me looking forward to the total release product. Specifically as an alternative to Samsungs’ One UI which is what the majority of general users experience as Android.

And FWIW much as I’m enamored of my 22 Ultra at the moment, Samsung’s one UI still feels heavy or clunky in spots compared to say what you get on the Pixel. I would have previously included the OnePlus phones too, but IMHO the last couple of phones have taken a hard left turn in to exactly what I don’t know.