Mobile World Congress 2022 has started, and we already have news from Samsung, Lenovo, and Huawei. Let’s discuss all the announcements here, and make new threads for new interesting devices. The first MWC related device was spotted by @Desertlap, the first ARM-powered ThinkPad. 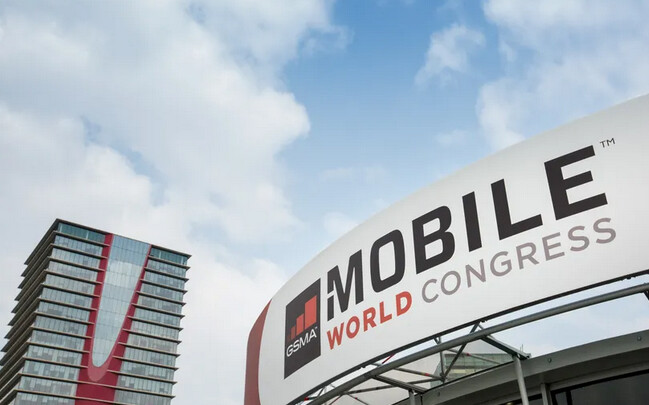 Photo by The Verge

Well this is interesting.

In my news feed this morning there was an article on Ars Technica about a new ARM based ThinkPad.

That’s significant for a couple of reasons. First is that the article said that it will be shipping with the new Gen 3 Platform and that once again they are claiming once again " Core i5 levels of performance"

Second is that ThinkPads are Lenovo’s "were serious/committed to this technology " product line.

Additionally the article said it had a 2.35 pound weight and integrated 5g connectivity. Those two will definitely perk interest among certain corporate customers.

However, ARS may have jumped the gun a bit as now when I go to the site, I can’t locate the article.

I suspect that it was pulled due to NDA and the new Thinkpad will likley get announced at MWC in a few days.

Watch this space I guess

PS: The article in my feed showed a picture of the device most prominently running the as of now beta update to Windows 11 with the new more tablet friendly task bar

In my news feed this morning there was an article on Ars Technica about a new ARM based ThinkPad.

Google cache to the rescue…

“Lenovo’s ThinkPad X13s will be the first ThinkPad to use an Arm-based processor … The 8cx Gen 3 is the first 5 nm Windows PC SoC. It has four Arm Cortex-X1 cores at up to 3 GHz and four Cortex-A78 cores at 2.4 GHz.”

It’s a conventional laptop design though, no 360 degree hinge or any mention of inking. 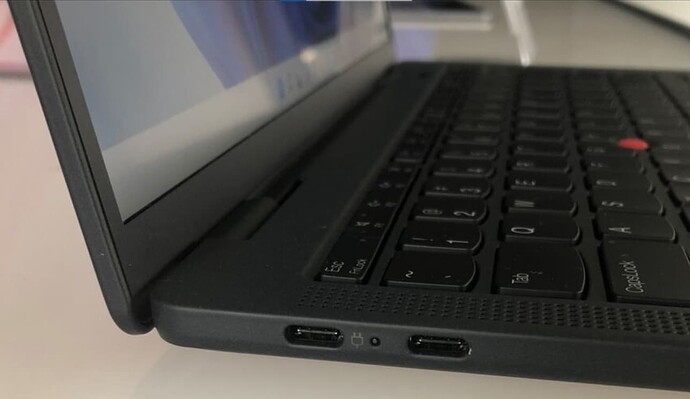 @JoeS Thanks man! I guess the coffee hasn’t kicked in for me yet

I’m super curious about this one

I’m super curious about this one

Mostly about performance? I do like the 2.35 lbs bit. I’ve handled 2.5 lbs laptops, and that already feels great. Especially after using various 3lbs X1 yogas, and probably moreso after using the 3.8lbs SLS.

Both actually. The mention of "core i5 performance " again raises a caution flag, but there is definitely a niche, especially in corporate for sub 3lb laptops.

I know of at least two CTO’s that will buy them if real world performance is at least low mid range, simply for the weight and connectivity

I’m also not fully caffeinated yet, because it’s 2.35lbs, not 2.5lbs. No wonder that Ars writes “it had a lighter, cheaper plastic feel to it but also sported a textured matte finish.” When you make laptops that light at 13.3" it tends to get that ‘hollow’ feel, like “this can’t be right, does it even have a battery?”

Personally I’m just happy that MS hasn’t thrown in the towel yet when it comes to ARM. Posted from my Galaxy Book 2.

Exactly, you get the same type of “wait, what?” reaction when you initially pick up HP’s firefly, though the price tag sobers you again pretty quickly.

My Samsung Notebook 9 Pen is about that light too and feels a bit the same way too, but in that case it’s also because Samsung used cheaper plasticky materials.

My initial reaction was that 2.35 pounds is a tad on the heavy side for an ARM device. I’m perfectly willing to reconsider though.

For some reason i thought they could make them sub 2 pounds if they wanted too. Fujitsu has one Intel laptop that is 880 grams but alas Japan only model.

Speaking of (just under 2lbs) laptops. Samsung announced their new Galaxy Book 2 Pros today and the 13 incher is 1.9 pounds.

Nice. Do I see a pen? Maybe someone should start a thread?

Edit. I made a thread. Two actually.

What is it with Samsung and 360 degree laptops when the Surface detachable form factor is quite popular? Are they trying to preserve the market for their S8 series tablets by not making Surface-like Windows devices?
Anyway, not like I care that much; I’m deeply invested in the Surface line of products.

Are they trying to preserve the market for their S8 series tablets by not making Surface-like Windows devices?

I would guess that’s a bingo.

Fujitsu has one Intel laptop that is 880 grams but alas Japan only model.

To be honest, the slate with a kickstand form factor never really took off. Whereas the 360 one has now gone through several generations in several different companies.

I think the unstableness of using a kickstand is one of the main factors why. But the main one may well be that it’s just not seen as worth trying to cram everything behind the display.

To be honest, the slate with a kickstand form factor never really took off. Whereas the 360 one has now gone through several generations in several different companies.

Not sure if that’s a response to be Fujitsu post, but how can you say that about the kickstand form factor? That’s basically the Surface line and we’ve seen how many companies have come out with imitations of it. I think the problem is that unlike the Surface line, these imitations don’t go all the way to make the experience a great one.

Funny you should mention that. When we first got the official demo of the new Tab S8s’ the comparisons were primarily to either the iPad Pro or several of the mid range two in ones.

And BTW; You know what the number one complaint with 2 in 1’s is? It’s not weight or thickness, but the feeling of the keyboard on the hand when in tablet mode.

My daughters college device usability study uncovered that as well .