Looks great but this smacks of style being more important than function - Dell may do a better job can Apple did with the Touch Bar and getting rid of the visual language of a trackpad and I’m sure it will appeal to some. The title on Dave2D’s video is a little clickbaitish - the comparison is with last year’s M1 MacBook rather than the more powerful (and revert to extra ports) MacBook Pros.

Interested to see if Dell continue the visual language of this new lineup with the rest of the range.

This also looks like a strong Surface Laptop (non-Studio) competitor. This is sharp and innovative looking! Microsoft, take notes!

getting rid of the visual language of a trackpad

My previous laptop, the Yoga 9i Shadow Black, had a similar invisible touchpad. You get used to it, or at least I did. But some people dislike it.

I’d hate for all the main Windows manufacturers to go down this route - less and less ports and removing function keys for a haptic display touch based panel instead. Apple did it for 5 years and the people they marketed their pro to line largely hated it. 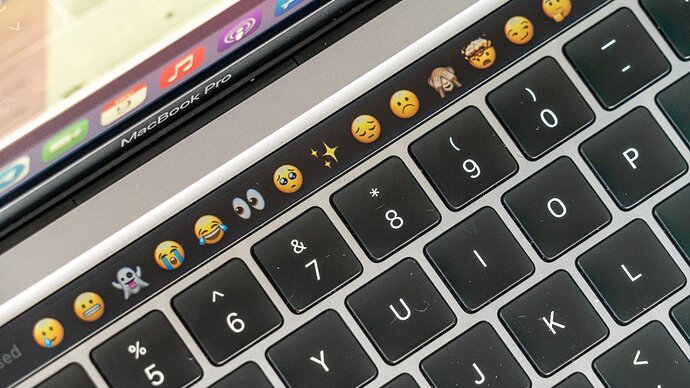 The death of Apple's Touch Bar is long overdue

I did get to try a friend’s laptop as he was desperate to sell it and buy a 2015 MacBook. Luckily for me I wasn’t in a rush to replace my old MacBook and the trial wasn’t a success. I saved my cash.

You get used to it

How long did it take?

How long did it take?

A week, maybe. Note that I’m a touch typist and am never looking down at the keyboard for visual clues in the first place. The lack of physical edge to the touchpad was the hurdle.