Movies or TV that get tech right (rare) or spectacularly wrong

So we haven’t had a "fun topic in awhile and this was spurred by rewatching one of my favorite “tech’” oriented old movies as well as a new TV show.

So first off, I’m exempting “The Matrix” from either good or bad appellations because after all the Matrix can define its own reality.

So in the bad tech but still a good movie category…
Sneakers from 1992. I loved this movie at the time and it has charms galore including starring Robert Redford as well as just not taking itself too seriously.

Of course the all time champ IMHO here is of course War Games.

But OTOH a new show I’ve been watching that nails the tech part, although the story itself is a bit on the “woke” side of things is “The Undeclared War” on Peacock. The way it’s initially presented and corresponding responses within the tech realm are actually pretty accurate (in an entertainment framework anyway…

And we are going to watch “Hackers” tonight to see if it’s as bad as I remember or as entertaining as my wife remembers, though it does have a very young Angelina Jolie…

So TLDR, looking for other suggestions here

Spectacularly wrong tech - how can you fail picking “1.1 GIGAWATTS!” 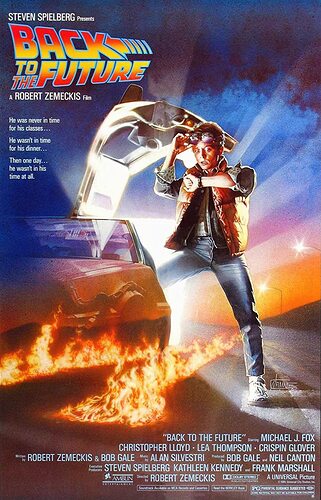 Back to the Future: Directed by Robert Zemeckis. With Michael J. Fox, Christopher Lloyd, Lea Thompson, Crispin Glover. Marty McFly, a 17-year-old high school student, is accidentally sent 30 years into the past in a time-traveling DeLorean invented...