Microsoft accidentally releases a Windows 11 preview for all

This is a major unforced error IMHO. And its going to call in to question even more a lot of the specific posted minimum hardware requirements such as 8th gen or later Intel chips.

And BTW: I support the idea of newer OS’s leaving some generations of hardware behind for lots of reasons, primary of which is security (and 7th gen and earlier have some serious, un-patchable flaws, especially 5th gen).

But whoever enabled this to happen should likely be fired IMHO as it potentially seriously undermines what MS and Intel are trying accomplish. And I don’t buy in to the ever present conspiracy theory that it’s simply a way to sell more stuff. They both have plenty of other ways to achieve that. 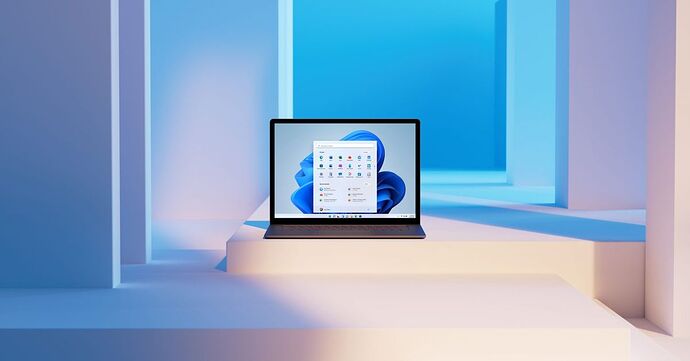 I only have one PC that match the requirement and didn’t upgrade because it’s my main PC.

Now is the time to try it on the older tablet pcs that have been piling up in my room. Gotta love this bug if it still works.

Although I agree with you @Desertlap, it is this kind of statement that infuriates me:

" Microsoft is aware of the mistake and says it’s investigating. ‘It’s a bug and the right team is investigating it,’ says the official Windows Insider Twitter account."

This is weird to me as I’ve been running W11 on my SP5 since beta came out. I got the update as I was on the beta channel of W10 & one day just assumed that I was getting a new W10 beta & when it restarted was surprised to see it was W11. I assumed it was because some 7th gen, though not the SP5, supports W11 was why I got the update; but maybe that was an error like this?

But whoever enabled this to happen should likely be fired IMHO as it potentially seriously undermines what MS and Intel are trying accomplish.

Could it be a way to just get more people on Win11 without having to admit that they made a mistake in the system requirements? I do wonder if they are now going to have to support security updates for everyone after all. Can’t really “accidentally” update lots of systems to Win11 and then not support those systems. Right? Right? (insert Anakin Padme meme)

It’s definitely a significant mistake and not a clever attempt to sway people or test something.

Off the record we hear that the core issue is the way MS handles entitlements, tied to both the device and the product keys associated with them. You can see it if you have a personal account with systems registered. And basically what happened is that if you had any Windows 7 or above license associated with the account/device it opened it up to all allegedly.

Side note, I hope that people don’t mind when I occasionally act as spelling genie.

Is it worth it though? You could upgrade older tech and then MS could pull support for it, leaving you high and dry unless you downgrade back to Win 10.
(Though I’v read that Win 11 is hard to describe as an update)

They are mainly 4-6 years old hardware that I rarely use and has no security concerns to worry about update or support.

It’s mainly to test the water, checking if my software from Windows 10 still works without problem, or if the old hardware would be more speedy with new version of Windows then I would keep it ( unlikely but still worth trying).

This is NOT a bug; it is DISHONESTY. Man-up and just tell users you are leaving them behind for security or other reasons; but it obviously does run on older systems

Thought about this and you are absolutely correct - people with older machines have been told they are being left behind and suddenly it appears that Microsoft have still been producing an OS that will run on older hardware.

Maybe MS programmers can’t change their culture - you definitely know with Apple (as the alternative) that when Apple changes OS and says older hardware won’t run it - they ain’t kidding and you are out in the cold.

I’m not buying the vast conspiracy theory. The simple reason this is occurring (and likely will again) has everything to do with the open nature of Windows. Android has the same types of issues as well, which is why there is a proliferation of "legacy/unity’ builds for no longer officially supported phones.

Apple has it easy here for two reasons in that they are the sole source of Apple devices and also that since 2012, they started “signing” their OS releases.

And ALL chromebooks have a defined end of life date from the outset.

And you can’t over estimate the human error factor of a company as big as MS and which makes as many products, to simply screw something up. It will happen again I’m sure.

And BTW: absolutely anecdotal at this point, but we have installed 11 on a few "unsupported " systems such as 6th gen core I. And we’ve seen some significant issues such as a glitchy stuttery UI, or more worryingly blue screen crashes when systems especially lower end/spec ones make extensive use of virtual memory. (which got significant improvements in 8th gen Core I).

I’ll fully admit that for better or worse I support the idea that companies really have no choice, especially when you factor in the ever growing list of vulnerabilities to explicitly obsolete older hardware.

Plus, perhaps because I’m " in the industry" I hear from all the OEMs that we and our customers work with the idea that their hardware has an " expiration date". It for example is the basis for why up until the last couple of years, business leasing on systems settled on a 3 year cycle which essentially says that they should start thinking about replacing them.

However all of the OEMs and MS themselves has been timid/terrible in messaging that to consumers.

I know it sounds like I’m making excuses, but I’m really not, it’s more just acknowledging things as they are. And I think that’s part of the price we have paid for the arguably astronomical rate of improvement in PC and phone tech compared to any other industry. Take cars for example.

tl;dr — Don’t ascribe to malice what can be plainly explained by incompetence.

I mean, I’d be happier with it if OEMs actually continued product lines/features. But many don’t or change them too much.

That’s one of the reasons I use Windows; the choice and ability to use older devices that suit my tastes better. I’d switch to Linux or BSD, but there’s just so much lacking on the software compatibility, availability, and quality side, and not to mention the significant portion of unhelpful and even nasty attitudes there.

I’d switch to Linux or BSD, but there’s just so much lacking on the software compatibility, availability, and quality side, and not to mention the significant portion of unhelpful and even nasty attitudes there.

I tried many times over the past 20 or so years, starting with Red Hat when it was free/not enterprise. You sum up the experience marvelously.