This should complicate @dstrauss life though

Despite this rumor coming from Gurman himself

On further thought about this, I wonder what the basis was for this particular rumor/speculation?

In the past a lot of the more cited analysts have used contacts in the supply chain as the basis for these rumors.

Where I’m headed with this is that perhaps Apple has purchased some larger than the current iPad touchscreen technology from various display panel OEMs.

And that also could explain the earlier “giant iPad” rumors last fall. And I think that is considerably more likely IMHO.

and @dstrauss your “macpad” is really a matter of semantics if Apple is truly bringing touch to MacOS , after all, they are using the same core SOC.

and @dstrauss your “macpad” is really a matter of semantics if Apple is truly bringing touch to MacOS , after all, they are using the same core SOC.

It’s not semantics if you want an 11" device - perfect for travel and when docked to a large screen a reasonable desktop alternative… A 13"+ screen laptop is no better than what I already have in the SP8 - in fact the weaknesses I’ve chronicled in MacOS vs Windows tilt the scale far in favor of a touchscreen Windows laptop. We already know that even M1 MBA can run iPad apps - that’s what I want AND a full desktop environment when used as a laptop/desktop replacement. It is the WRONG approach whether they try to grow iPadOS apps up or scale down MacOS applications - and there is no need to as proven in the M1 MBA running iPad apps…

Sorry to always be a PITA about this, but I want the cake, frosting, ice cream, and eat it all at the same time. And I’d bet my bank account that there are MANY MORE just like me out there.

PS - despite my skepticism above, don’t forget about this vauge comment by Federighi last October:

" During an interview with the Wall Street Journal’s Joanna Stern at the outlet’s Tech Live event, Federighi was asked whether Apple would ever release a touchscreen laptop. His reply? The cryptic, “Who’s to say?”" 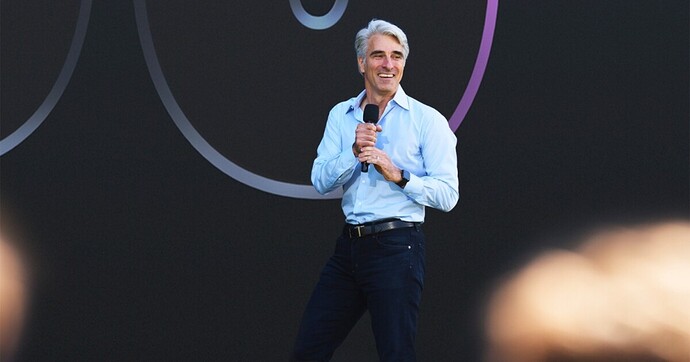 One Apple executive might have just hinted that a touchscreen Mac is on the way -- but if it’s something you want, you probably shouldn’t get your hopes up.

Perhaps my point wasn’t stated clearly, as I was speaking of Apple not you. If this really is true, I suspect they will release a MacPad so to speak. In fact that actually be the true Macbook Air.

TBH though, I still highly doubt all of this, but perhaps Apple has some breakthrough in the labs that would reduce or eliminate their own stated reasons for not bringing touch to Macs to date.

@Desertlap - my apologies for the fuzzy logic (and reading). Remember the rumor mill so abuzz last year with various patents that gave rise to the MacPad-mania: 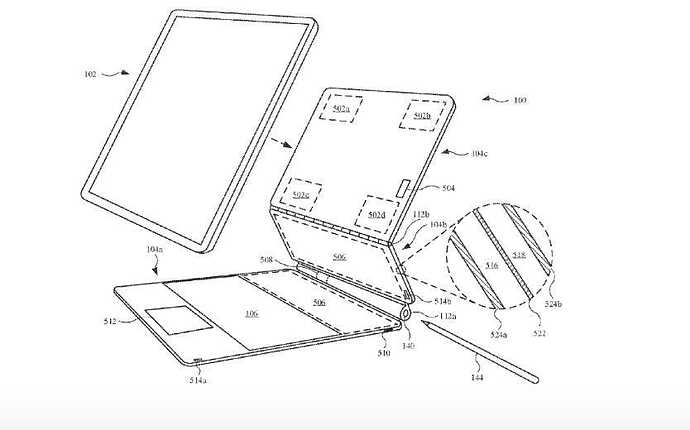 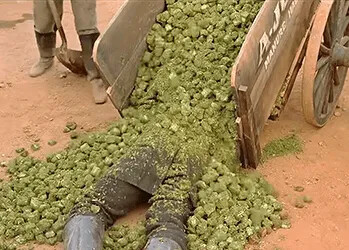 Exactly. I’m so close to the ideal single machine. Make the SLS a fair bit lighter, and give it a high contrast ratio screen (AMOLED or mini led) and it would become my ideal travel/work/media machine.

As it is, it’s mostly desk bound and I watch media on a lighter WOA AMOLED tablet. Would love to get rid of the latter.

Who cares about a touchscreen?