Now that the M1 iPad Air 5 is encroaching on the M1 iPad Pro, my guess is the M2 iPad Pro is somewhere out there for a fall 2022 or spring 2023 release, after the M2 MacBook Air. Of course, the real hope is that Apple unleashes the M2 iPad Pro next year (iPad OS 17) with more “PRO” features.

Currently I’m down to the SP8 and my eBay iPP11 2021. My thinking at this point is the SP8 will be my last full time Windows device and the iPP11 will remain my Apple experiment until the fog lifts some more (hopefully) with iPad OS 16 or 17. I’m becoming more comfortable with Office for iOS, and keep thinking the only real impediments to a more full time use at this point are the file system and full external screen support. I keep thinking the iPP11 would be a perfect match for my old USB-C Samsung 27" QHD which includes power delivery and a built in USB hub - resolution would be inferior but a perfect work at home productivity screen.

I also wish Apple would update the Smart Keyboard Folio with a trackpad and backlighting, because I really prefer the sleek design and lightness over the bulk and weight of the Magic Keyboard, Logitech Combo Touch, or the ESR Rebound. FYI - stay away from the ESR Rebound - it is far heavier than the Magic Keyboard and the typing/mouse experience is inferior. I still recommend (highly) the ESR folio with pencil flap over any other carrying solution - an incredible value at $16.99. 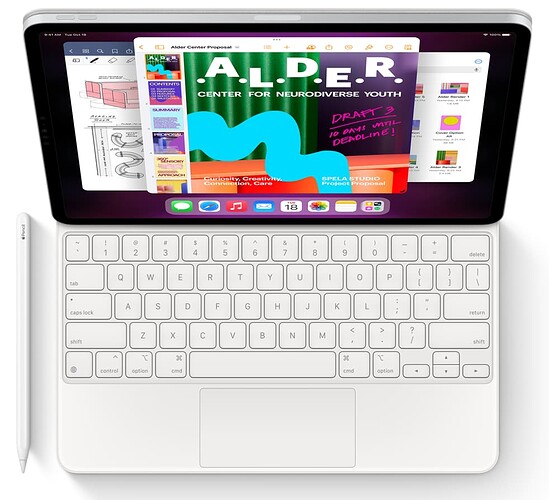 I’ve said it before and I’ll say it again, once there’s an 11" ipad with miniLED, microLED, or OLED, I’m in! And out of a lot of money.

I’m hoping against hope that the M2 IPP will be the real iPad Pro, thanks to the M1 iPad Air. It will finally be treated as the “PRO” iPad and the touch alternative to the Mac line…

It’s a rumor from MacRumors so take it for what it’s worth: 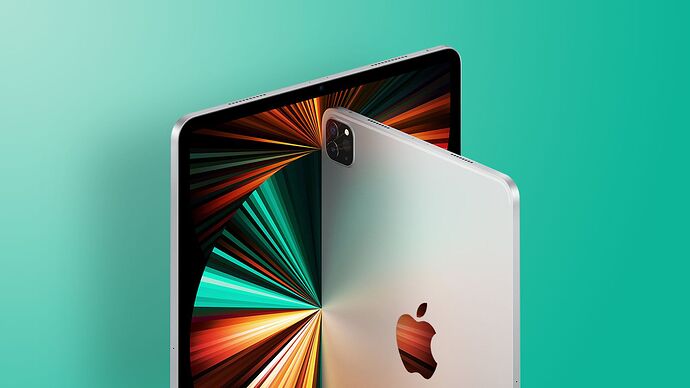 The updated 11-inch iPad Pro expected to launch sometime this year can no longer be expected to feature a mini-LED display like its larger 12.9-inch... 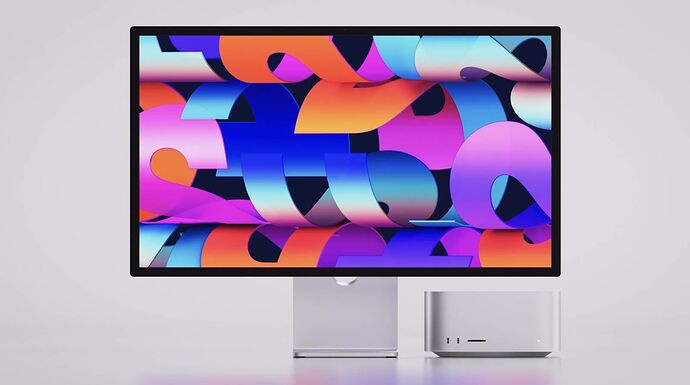 Apple is unlikely to launch any products with new mini-LED display sizes in 2022 due to cost concerns, reputable analyst Ming-Chi Kuo said in a tweet...

That’s disappointing but probably the expected kind of thing in this coming year of supply shortages.

Ross Young has turned out to be a very accurate display prognosticator, so even though I discount MacRumors, their quoting him is probably solid. Doesn’t surprise me either given supply constraints and the MacBook Pro 14/16 needing these panels as well. I can live with that if they will just edge closer to MacOS with:

Well FWIW we hear that an M2 is coming as well, but the focus is on power consumption and size and that performance gains are going to be fairly small. The M2 seems destined to be more about making a thinner MacBook Air and future iPad Pro

and BTW, there is an awkward and expensive work around. If you use Cloud Windows AKA Windows 365, file explorer has access to the user accessible portions of the IOS file system (documents, downloads desktop). Not sure it’s worth $30 a month though

If you use Cloud Windows AKA Windows 365, file explorer has access to the user accessible portions of the IOS file system

What happens when you try to perform file operations (eg. explorer unzip) on a large file?

Does it have to upload the whole file to MS’ servers or does it use the local iOS uncompress function?

You can view open, or delete files and that’s it. Zip in anyway shape or form is verboten

You can view open, or delete files and that’s it.

How about running batch/powershell scripts to rename or move files? (ie. operations that don’t change data)

negative. see above you can select multiple files in the same directory to perform actions on, but that’s it.

That’s not as big a drawback as you’d think IMHO as cloud windows has it’s own storage option which is fully functional, just can’t do it directly on the iPad

That’s a shame, as one major reason I might subscribe is for the flexibility of using Windows Explorer for local file management. If you can’t even rename or move local files, that seems extremely restrictive.

I understand though, it’s treating the client OS user files as a read-only ‘convenience’. Your supposed to be using Azure cloud for storage, dummy.

Feeling pessimistic about M2 also marking the debut of a new Apple Pencil, considering new iPads are coming out right now that are designed for the 4 (?)-year old Pencil 2. Guess this thing is poised to have longer legs than the Magic Trackpad. Maybe I’ll be surprised.

I’d be happy if they would just change the surface material to match Microsoft’s Slim Pen and call it the Pencil 3 (some sort of rubbery surface instead of plastic). It would still be backwards compatible with all existing iPad charge magnets. I can’t see any disadvantages to that, but I guess you are talking about what’s probably the most popular stylus in the world, so I don’t know, maybe you’d have a lot of people unable to resist digging into it with their fingernails until the surface wears away and then demanding replacements.

This iMore article has me jazzed: " This rumored iPad window management system could finally take iPadOS to the next level"

For me, I’ll post my reply to SvenJ over their in teh Comments, who played the “must preserve pure iPad” card:

"I beg to differ. M1/M2 + keyboard + mouse/trackpad = MacBook, and Apple should not be artificially holding it back. The example above emphasizes this is an OPTIONAL feature, and it doesn’t have to spoil anyone’s idea of a “pure” iPad experience - I would go even further to limit this to the 512gb or above SKU’s with both a keyboard and mouse/trackpad, and just dual boot iPad OS and MacOS at the user’s discretion - call it MacOS Bootcamp!

My prediction is that it will be an iPad.

Somehow I missed Gurman predicting M2 AND MagSafe for iPad Pro 2022 according to MacRumors
Either Apple has a bombshell waiting for us with iPadOS 16 and Gurman’s M2 iPad Pro, or they are lovechild of Dr. Strangelove and Dr. Evil. If Gurman is remotely right, there is no remaining reason the high end iPad Pros aren’t full MacOS laptop replacements. But from this look on Timmy’s face from the M1 reveal, meet the love child:

New Pro will have m2 but will still be an iPad NOT a Mac.

And FWIW, don’t expect a big performance jump for the M2 either. The focus allegedly is on size, power efficiency, and lower thermals which would be ideal for a redesigned thinner lighter (2lbs) Macbook Air. Now when they announce that a M2 Pro chip going in an iPad maybe…