So this is yet another thing that’s become totally political and everyone of these stories has an often less than obvious agenda behind it.

I’m not taking a stand one way or another on this, just sharing what I see. I certainly miss the easy repairability and upgrade ease of the devices of the past, but OTOH I also realize that something like my Pro 8, as it exists today, wouldn’t be possible if some of these proposals were actually enacted.

And, Apple especially but all of the OEMs have talked about improving the sustainability and “greenness” of their newer device, eg things like recyclability and overall environmental impact.

In my childhood when the TV or other electronic devices were on the fritz my dad would remove all the likely vacuum tube failures and we’d visit the tube tester at a neighborhood store. Even grocery stores sometimes had them but mostly “drug stores” (in America those were general merchandise stores & pharmacies). 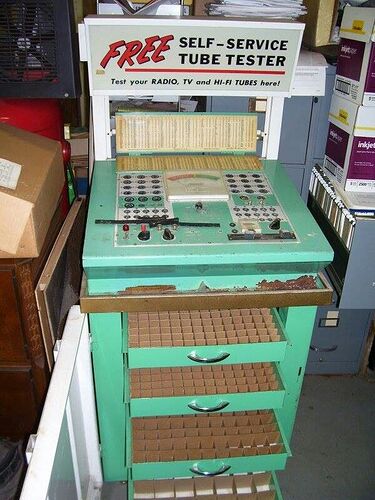 image600×800 94.7 KB
Solid state devices will never be in the same league of self-repairability.

I find it frustrating that in the past things were, not necessarily by design, more repairable. Electronics, like a lot of things (fast fashion being one of the worst) are even now treated as disposable. And while I’m not hater of capitalism in general, the push it has made for disposability is disgraceful, if not criminal.

There’s nuance to be had. Perhaps sending off an entire device for recycling (as much as can be of it) is the best environmentally. In which case, fixing components in place shouldn’t be much of an issue. But I have a hard time believing that applies for most devices. I think the Pro 8 would be at most a few mm thicker if they had to make it more accessible and repairable.

Let’s not kid ourselves that any company really cares about us anyway. Once their legal requirement to support what we have purchased is over, they almost always don’t give two hoots.

And I take issue with calling caring about the environment ‘political’. Everything can be made political, but we really shouldn’t be even questioning if we want to live in a cleaner, more sustainable world. To say otherwise is extreme crassness at best.

tl;dr: nah, I don’t buy it that technology would have been and would be significantly stymied by making it repairable and accessible. And ignoring the cost at the expense of the one planet in our entire known universe that we know is habitable is insanity.

Ted - my dad was INSANE in those days - he’d “pre-test” the tubes before going to the store by using his screwdriver (head end) to tap the tubes to see if they made the screen flicker before pulling them, reach right past the following sign on the picture tube yoke: 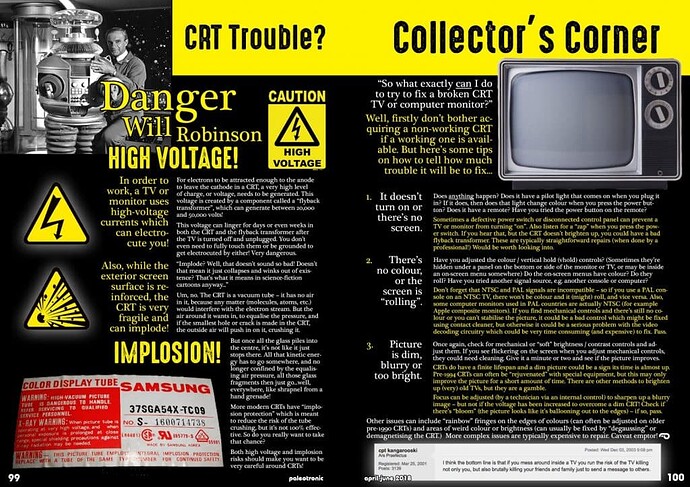