Let's talk about just how bad the Surface app has become

I thought my current situation with the Surface app on my SP8 was an outlier but many other people are reporting the same problem that I have with various Surfaces as well. The app shows a splash window for 2 seconds and then conks out and disappears into the ether. Take a look at this. This has been an issue for over a month now and is not an isolated case given the deluge of 1-star reviews. Panos Panay, are you asleep at the wheel? 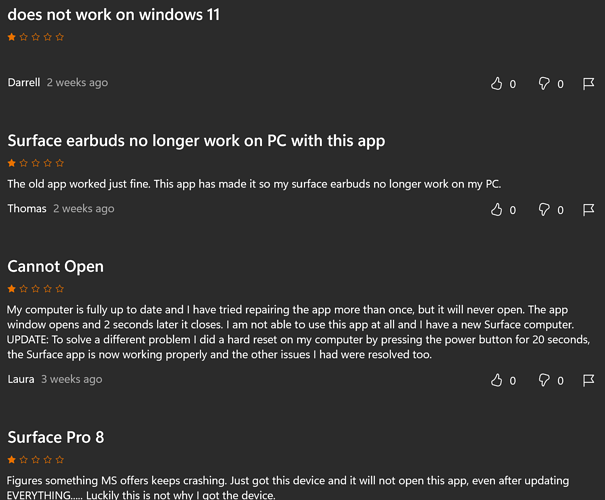 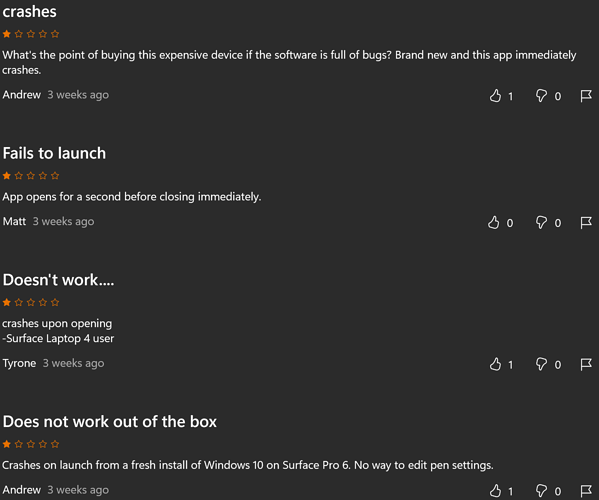 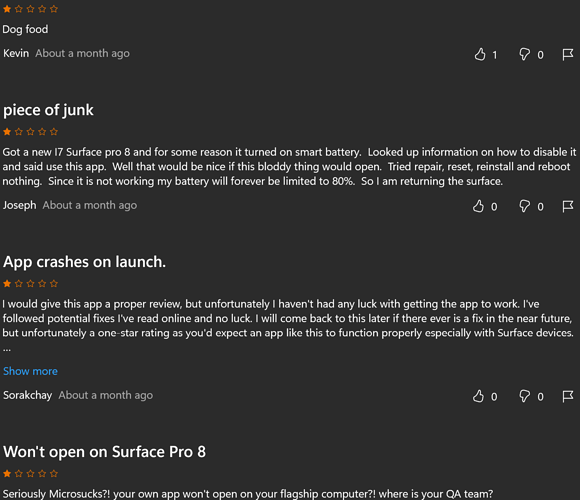 EDIT: I also just confirmed that the Surface app is broken on my brother’s SLS. Classy.

Maybe they aren’t eating enough of their own…

Works fine on my Surface 2.

Yes, I’d love to see a crash log as that’s got to be what’s happening. OTOH it doesn’t appear to be widespread as it (so far ) is working on our approximately 30 surface pros and a handful of SLS.

Same with our biggest surface customer (250 Pro 8s) . That it’s working doesn’t mean they are happy with it though.

Of course, the support technician suspects a software conflict, but that could be a maze to figure out

Since we’re on the subject of the Surface App, it is asking for me to install Surface Management Extension. I’m assuming this is just more Big Tech - give me your data - stuff. No?

BTW, if I didn’t open the Surface App to test it out because of this thread, I would have never seen it because I’ve never used the app.

Looks good so far on both the SP8 & SB2. Seeing all my devices. Not bothered checking this smart charging heart thing that people are talking about. I guess don’t try to fix it if it ain’t broken.

@bronsky, the Surface management extension is a Surface specific extension that talks to the customization that MS does to the “generic” 11th gen core i chipset BIOS

No tracking , in that anyway

No experience with the Surface app, but pretty all Microsoft apps/programs seem to be soiling the bed these days.

And I’m pretty sure of that because third party programs seem the same as usual.

We are still looking at it, but MS seems to have upped their tracking game with the Android subsystem unfortunately. It looks like virtually everything you do with it pings MS servers with some type of data

With the caveat that I’m on Insider Dev - The Surface App is working as intended, I’m able to manage the devices - 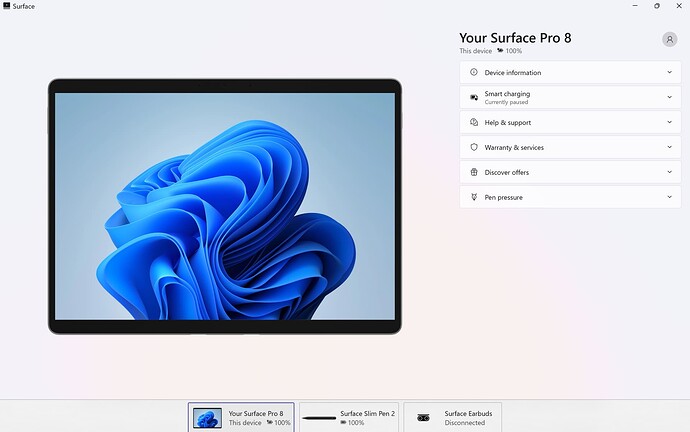 Yeah same here, working fine on my SLS but I’m kind of afraid that I’ll jinx it!

I can only speculate, but it could have something to do with how recent the updates were when the app was first launched. Any Surfaces beginning on or after a specific update cycle may have a conflict that causes the app to not configure itself properly at first launch and crash. I only recently got my Surface Pro 8 within the last month or so and the same applies to my brother for his Surface Laptop Studio. Another interesting tidbit is this was my brother’s very first attempt of even trying to open the Surface app when it didn’t open for him yesterday. Also, his system is very close to stock configuration aside from Origin launcher being installed, which I do not have on my Surface Pro 8. So I am thinking it is not a third-party software conflict.

However, the app was working for me within the last few weeks. If I think back, I believe the app stopped working a week or two ago for me, and as memory serves me, it was because the smart charging control had disappeared. So I tried uninstalling the app and reinstalling it, and now the app no longer works. I could be getting things off a bit since I was particularly busy last week but that seems to be how I remember when the app starting no longer launching. If you want, someone here could try uninstalling the app and see if it still works after reinstalling? Maybe the problem lies in the fact that the app no longer works if you first launch it with the round of the most current Windows Updates applied?