I wanted to start a separate thread for the Yoga Book 9i - it really caught my attention despite the awkwardness of a separate keyboard/stand/pen design. I just LOVE the idea of a second screen above the main screen - and hope “lapability” is solid in laptop mode. 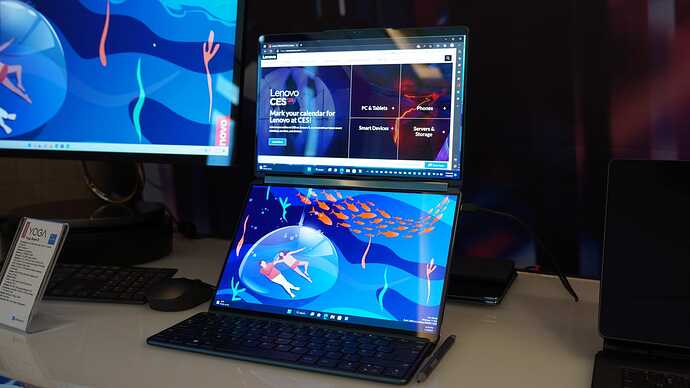 Lenovo takes another crack at making a dual-screen laptop that's less conceptual futurism and more practical portable workstation -- and this one might hit.

For quick reference (from the CES discussion): 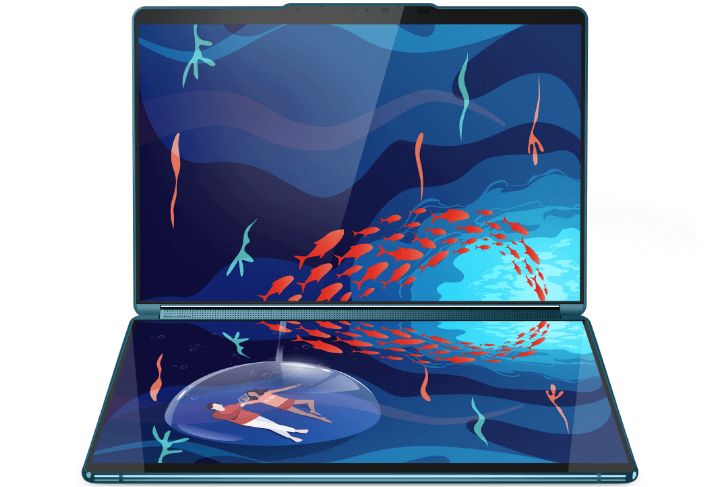 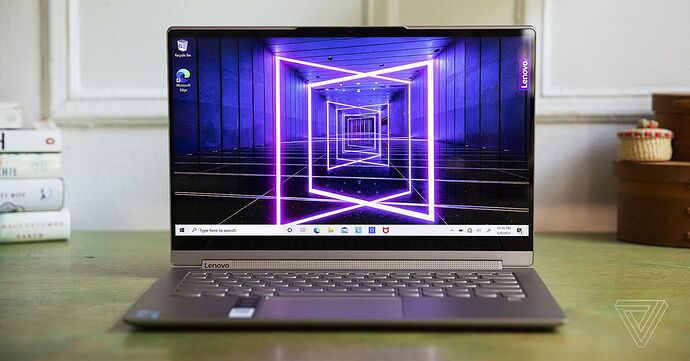 Lenovo Yoga 9i (14-inch) review: sounds like a winner

This article has more details than all the rest: 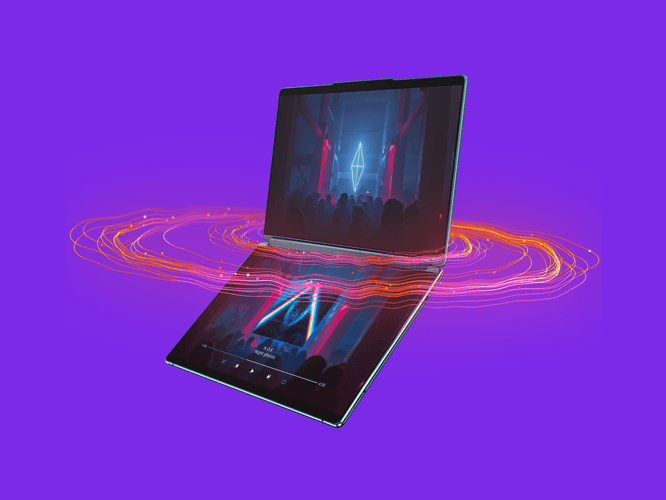 Could the Lenovo Yoga i9 be the ultimate laptop with dual OLED displays?

Neat, and it certainly has possibilities, but I think people are way off in calling it a Surface Neo kind of device.

The Surface Neo is comprised of two 9-inch LCD displays, strung by a 360-degree hinge for considerable flexibility. It results in a 13.1-inch spread once expanded, with each half measuring 5.6mm thin. An Intel chipset powers the new form factor, while onboard LTE solidifies the device as a portable companion. Wrapped up with USB Type-C connectivity and Windows Hello facial IR, its composition results in a 655-gram package, primed for daily use.

But it looks pretty interesting as its own thing. I look forward to reviews once it hits the market.

True it is NOT Neo, but that stacked two display mode with the remote keyboard really speaks to my use case in a lot of ways - and even side by side (portrait) looks great for two Word docs. I watched Dave 2D’s video which I linked above, and The Verge’s video and it looks interesting even though not a device I’d want personally.

I’d also be a little concerned what all of Lenovo’s specialized software (especially the custom web widgets for weather, etc.) will do for performance. The stuff they’re doing with the keyboard and touchpad gestures seems cool, but some of that stuff looks like pure bloat.

Nice to see the rumors became true. Lenovo did great with this design. 13" makes it easy to carry in a laptop bag while you still get a big boost to screen area compared to a regular 13". I also really like the mode where the screens sits high so you do not necessarily have to put your laptop on a stand for ergonomics. Reminds me of that Intel prototype laptop from some time back.
The speaker hinge (like on the previous Yoga 9) is also a smart way differentiate it further from singlefold competitors.
3 usb-c ports is also decent, would have been nice to see a micro-sd though.

More positive hands on from the Verge. I liked it when I played with it and appreciate the technical chops behind it including that despite the dual displays it feels generally like a laptop.

OTOH after a few days so the wow factor has worn off, I’m struggling to find use cases where it’s dramatically better to offset some of it’s downsides including a sense of fragility which is just a sense at this point as we certainly haven’t tested it yet

Lenovo Yoga Book 9i hands-on: the dual-screen future - The Verge

EDIT: Reading this again, I hope I’m not coming across as too negative about this. Lenovo deserves kudos for bringing this to market and I think the designers put considerable thought in to how to make this a usable device.

OTOH after a few days so the wow factor has worn off, I’m struggling to find use cases where it’s dramatically better to offset some of it’s downsides including a sense of fragility which is just a sense at this point as we certainly haven’t tested it yet

edit: I just realized something, a thinkpad-like trackpoint on the keyboard (both physical and software, like eg the Windows Phone had) would make a lot of sense, Lenovo should add that.

edit: I just realized something, a thinkpad-like trackpoint on the keyboard (both physical and software, like eg the Windows Phone had) would make a lot of sense, Lenovo should add that.

Brilliant - and a great solution to having to carry a mouse with you. However, since it is already clunky in the way the stand/keyboard/pen carrier is an “ad on” I guess tossing in a mouse is no great shakes…

After using an iPad Pro 11 and Duet Display with my SP8, I can vouch for the convenience of the second screen, and placement like the YB 9i would be even better. Unlike some, I think the landscape approach, although looking tall and narrow, would be a boon for editing two Word docs side by side.

One more note - in one of the videos they demonstrated taking notes in a portion of the lower screen in traditional laptop mode - another big plus in my book.

I’m not sure which orientation you’re calling landscape, but the mode where both screens are in portrait side by side would be great as a software developer. Having an IDE open in one side with a running test application on the other would be nice to have anywhere I worked. Only having the one 13" screen on my MBP is the main reason I almost always just code at my desk. 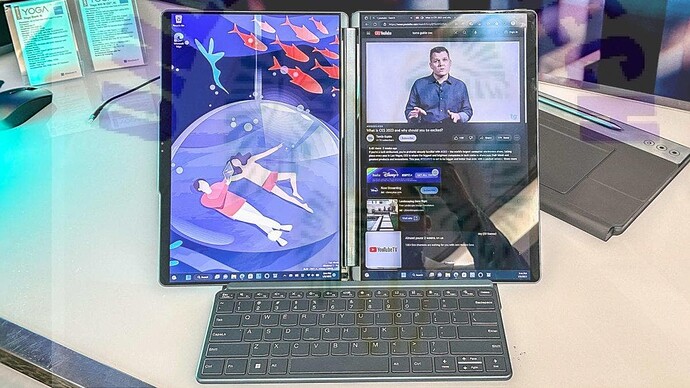 I want this, but smaller. I really really enjoyed my Yogabook C930 (the one with one LCD and one eInk screen, 11"), but the 4GB RAM held it back. I do hope there’s an 11" version of this somewhere in someone’s roadmap.

I do think I would actually use it more if smaller. Even though at its current size it would be a great portable coding solution, I honestly don’t see myself using it much either way like that. The Neo was going to be a much better portable do everything device.

I agree, but I don’t see ANY signs of a Neo-size device on the horizon…

One of our tech writers still has her C930 and loves it low RAM and all. It’s a shame Lenovo didn’t continue to iterate on it though they would likely say they have with the new reader.

Love it. It’s just the Neo on steroids. However, 13" is quite unwieldy beside the hefty price.
If only there’s a 10" version.

In due time they will introduce the Yoga 9i Jr.

And it’ll be Android. Or a Chromebook. Sigh.

You’re probably right. Some of us are able to live with those constraints though.

But what about us Windows addicts? What the #@!! Did they invent WOA for in the first place? To overcharge users for underpowered processors and devices?