We just received one of these in yesterday for certification. The one we received was the config with the 4k OLED display.

We have not put it on the bench yet, but a few initial observations. One is that this is definitely one of the prettiest laptops I’ve seen in awhile. I really like the chrome accents combined with the almost gunmetal looking keyboard deck.

Two, this is one of the first 12th gen core I systems we have come across so we are curious about battery life and thermals considering how the 12th gen desktop chips have tested.

Third, as I mentioned, it’s the 4k OLED version and the initial impressions are that it’s very impressive especially with the handful of HDR we tried on it. One curious observation related to that is that the back of the display was exceptionally almost startlingly warm after watching HDR video.

I want to emphasize at this point, there is no way to know if f this is in any way a concern, just that people will notice it, I think. 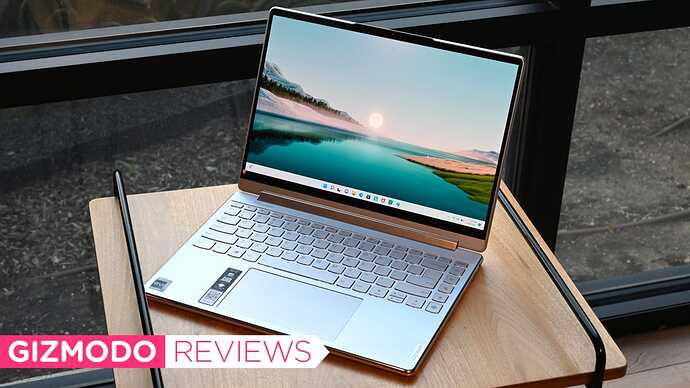 Lenovo's Yoga 9i is a beautiful, OLED-capable 2-in-1 laptop

The Yoga 9i finally has its something thanks to a classy new design and an OLED display option.

BTW: Lenovo’s Yoga hinges which are already among the best, only get better with each iteration. This is the smoothest, most precise one we’ve held yet.

Looks like a real contender, but why are OEM’s ALWAYS dunking on stylus users: “Sadly, the pen garage didn’t survive the redesign, so we can go back to searching for stylii between couch cushions and in the bottom of backpacks.”

Also looks like they avoided the notch by adding a bump…

To give Samsung a slight bit of slack here, I honestly don’t know how/where they could put a silo in the Fold without making it bigger and it’s already a ginormous brick as it is.

When I damaged my Fold 3 a few months back, we got to poke around inside it somewhat. It was hands down the most tightly packed smartphone we’ve ever seen, and possibly the most packed consumer device for that matter.

A shame. I owned the previous Yoga 9i and the silo was a big plus. Though, while it was fine for annotation, the line jitter was too much for doing artistic things no matter what stylus was used (I tried several AES 1/2 pens). One of the reasons I switched to the SLS.

Related to that, our Surface rep told me Tuesday that they have been “very pleasantly surprised” on the uptake of the Surface Laptop Studio in their “creative market customers”

Of course there were not any qualifiers to that statement as to actual number of units sold, or how big they see the “creative market” as. But OTOH it bodes well for the longer term of the SLS such as future updates

PS: Though his probably should be in the Pro 8 thread, the Surface rep also said the Pro 8 is “fastest selling Pro to date”

To give Samsung a slight bit of slack here, I honestly don’t know how/where they could put a silo in the Fold without making it bigger and it’s already a ginormous brick as it is.

Then rather than a silo they should include a saddle in the outer edge frame…maybe add 5-8mm extra width on one side. In fact, Fold 5 needs to be a little wider and shorter, so plenty of room then…

That would still make it a bigger device

Not thicker, just wider, and many users were already ok with a wider front screen - this could kill two birds with one stone if the widen both sides and fill it with more screen on front.

First off, wider would still = bigger and bulkier and the current Fold 3 only just barely fits in a suit pants pocket, and that’s without case.

Second, FWIW as near as well can tell the display on the front of the fold 3 is a one off. It’s not used on any other Samsung device, or for that matter any other OEM device. And for that matter it’s an odd aspect ratio as well, 22:9. That, plus the quite large bezels tells me they couldn’t use a wider display without again making the phone bigger and wider as they need room for everything else in the phone.

On that last point, displays are always seeming to get thinner and need less bezel, though I think we are nearing the end of both unless there is a major breakthrough in screen technology. 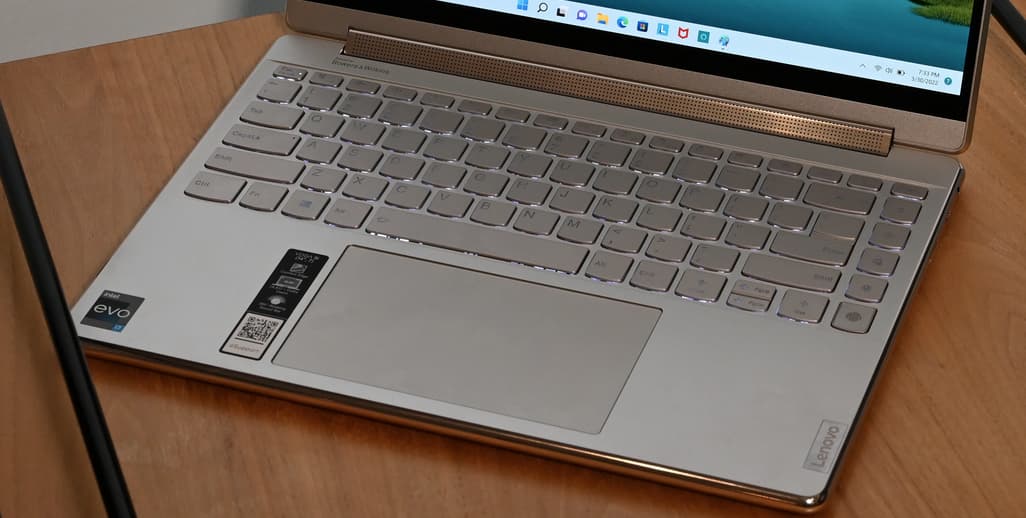 Here’s a closeup (also from that Gizmodo article) 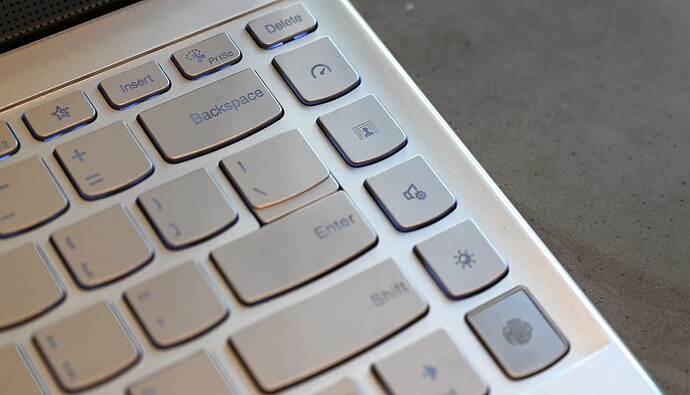 We have seen that layout before a couple of years ago, with a couple of non US market, ideaPads. I wondered why the change as well. When we give the sample back, I’ll ask about it and if they have a response I’ll post it here.

It’s inherently a big device. There’s the Flip for those who wear skinny jeans.

Or Samsung could, you know, release two versions. It’s not like they’re lacking the resources nor have an aversion to throwing money at stuff to see what sticks to the wall.

One more actually on topic post about this device.

It passed our certification tests with flying colors and no significant issues. The only minor things I would ding it for is that the out of the box display calibration is a bit on the cool side. Not hugely so and many may actually prefer that as it tends to make whites look perceptually whiter.

It also has the same again minor issue that to date all OLED laptops we’ve tested have had which is color drift over time as the display warms up. Again it’s minor and for casual use it’s not even worth worrying about. But if you are editing photos for professional use such as printing, it’s probably worth investing in a color calibration tool.

BTW: As to performance, generally impressive though throttling does kick in if you push it. Again well within what we’d expect given it’s 2 in 1 design and thinness. Purely subjectively the fans when they do kick in have a sound that’s less annoying than on HP"s Spectres, or Dell’s XPS systems