This one caught my eye when I purchased INNOCN’s portable 15.6" OLED touchscreen and “penabled” monitor on sale this week (which I highly recommend, by the way; it supports MPP!). In checking out the reviews, the situation looks especially promising for this 27" mini LED monitor. This review in particular highlights the local dimming side-by-side with an IPS and it looks absolutely gorgeous on the camera. The only downside is it has only 384 dimming zones but for most people, that is not going to be an issue considering (1) the price and (2) the competition at and well above that price point that does not have mini LED. Lastly, it comes factory calibrated to ∆E＜2 color accuracy and hits 650 nits out of the box. @desertlap, do you happen to have any experience with this display?

Not the display overall but we have tested the panel in question (LumioTec is the OEM) and it’s an excellent panel IMHO, especially in gamut and linearity

BTW: given the size of the panel I seriously doubt anyone could truly notice any difference with more zones given the current state of video encoding.

Regardless. let me know what you think, the price is certainly right.

Regardless. let me know what you think, the price is certainly right.

No kidding! Call me when they release a 35" version. I love the size of that LG monitor, but the light bleed at off angles is pretty substantial.

Man, you’re really tempting me to replace my Lenovo ThinkVision P27u-10 (only 350 nits and 1000:1-ish contrast ratio) with this. I think I’m going to bite. It looks so good considering it’s under $500 right now!

Yeah that’s’ one of the biggest drawbacks of a VA panel and why they are in the small minority in desktop displays versus IPS, though I think the curve in the case of Lg Ultrawide alleviates to some degree.

OTOH, when viewed head on with Video content especially the greater contrast more than compensates IMHO

Cool, yes the only unknown for me would be the display maker (not the panel). One thing we’ve observed where a company uses what’s typically a high quality panel but is also exceptionally low priced otherwise is they may cut cost in other areas such as lower quality power supplies (which can introduce all kinds of picture quality issues) and physical materials such as poorly fitting/low quality bezels. (that’s virtually the business model for ELEMENT sadly )

Again I don’t have extensive history with INNOC generally to be able to tell you how they do in those areas, but just as something you should check out when/if you pull the trigger.

Finally, that all being said, the overall quality of all displays is far better generally than it was as little as three years ago and things like flash lighting and significant vignetting are pretty much a thing of the past.

I purchased INNOCN’s portable 15.6" OLED touchscreen and “penabled” monitor on sale this week

Well, I got their 15.6” penabled OLED and the quality is exceptional unlike the XtendTouch Pro on Kickstarter I had purchased that came dented from the factory. In fact, it also came with a factory calibration report which I ordinarily only see with $1000+ monitors. 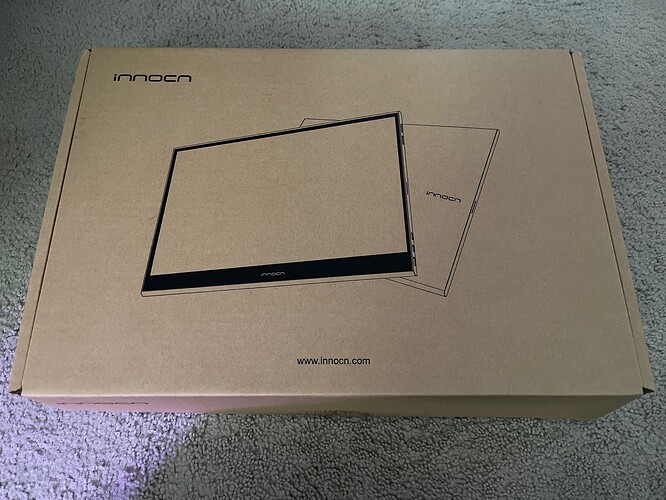 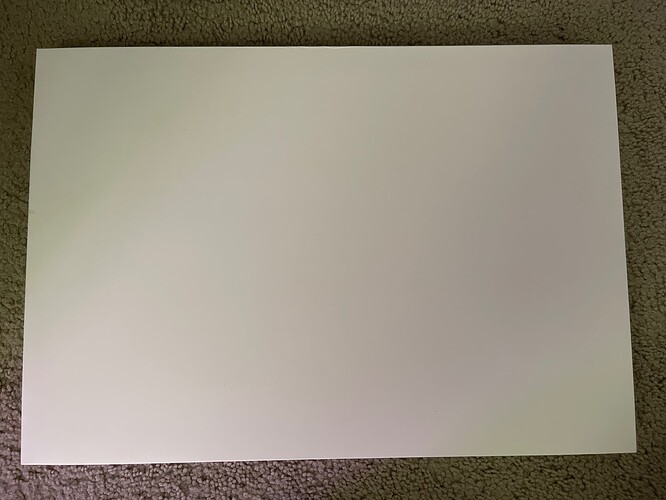 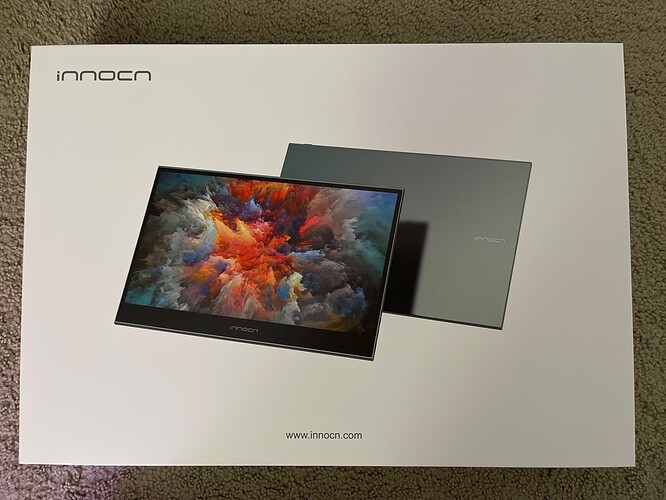 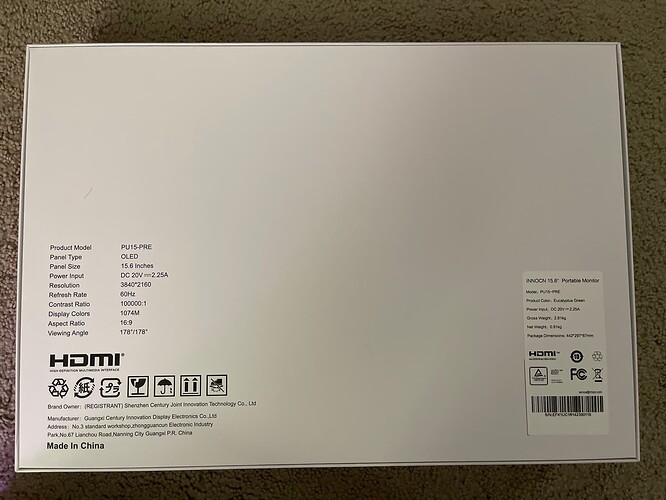 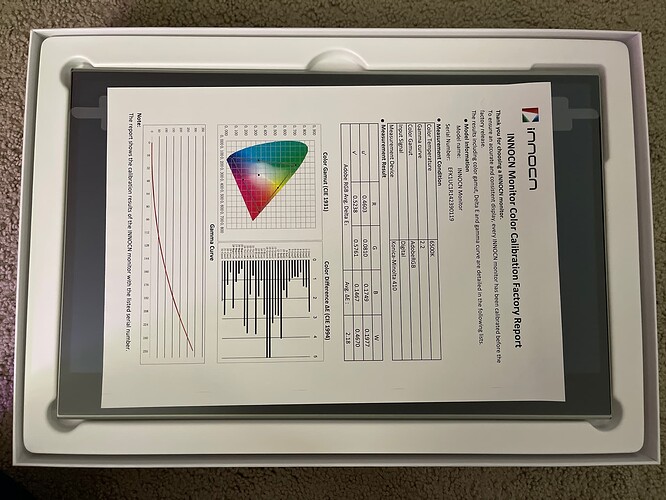 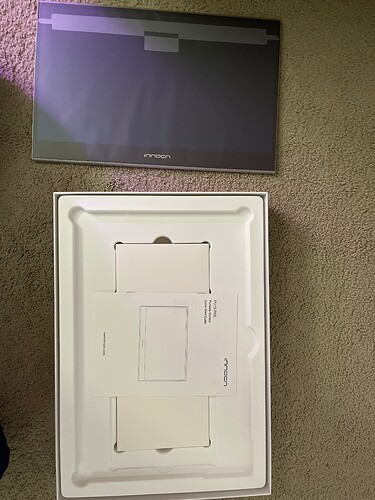 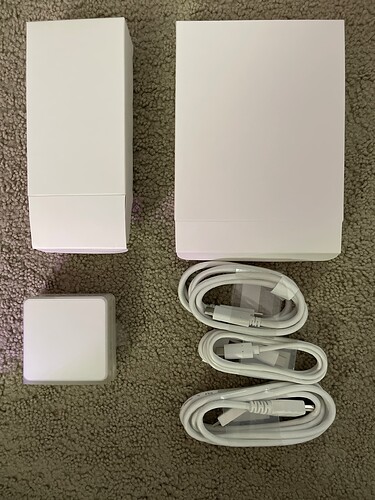 I was sorely tempted by the miniLED aspect but in the end went with my original goal which had to have G-Sync + FreeSync 120+Hz in 4K. Smooth gameplay vs beautiful videos. Gaming won. I can do video on my 12.9 iPP anyway so kind of redundant to go for miniLED at the cost of gaming chops.

Well, I got their 15.6” penabled OLED and the quality is exceptional

May I ask what you’re attaching it to?

I had multiple uses in mind. I use it with Surface Pro 8 when I am working away from an office and don’t have access to a proper multi monitor setup. The higher contrast really makes me hope that in the next 5 years Microsoft Surface eventually moves to OLED or mini-LED. Away from the Surface and on my other machines, the more meaningful reason is for pen input (works flawlessly with my Slim Pen 2), content consumption, and gaming, which is just so pleasing. I am willing to give up the high refresh rate for the image quality, and it is not much of sacrifice since OLED has far less image blur than high refresh rate LCD screens anyway.

So I am probably cancelling the INNOCN 27M2U but not because of the brand, but because they are likely clearing stock to make room for the InnoCN 27M2V, a 4K 165Hz miniLED display with 1152 zones at just $786.

Do they have actual stock yet? The panel that I think they are using based on specs shows as backordered until Mar 2023 in our supply chain.

That still could be a good thing, but it makes the firmware multiple orders of magnitude more complex, which could introduce errors. Apple tried doing that initially with the miniLED iPad Pro 12.9 and among other things it created the text haloing that was initially reported. Apple has since revised it more conservatively several times since then.

PS: Samsung does the same trick with their high end miniLED televisions to good effect in the end result, so it can be a good thing

Do they have actual stock yet? The panel that I think they are using based on specs shows as backordered until Mar 2023 in our supply chain.

From what I have read, INNOCN already has been selling the 27M2V in mainland China through JD since late October (link: https://www.reddit.com/r/Monitors/comments/ya1aj7/overview_of_sub_900_4k_1000_zone_miniled_monitors/iu4d3c3/). More recently, presumably within the last month or so, they have been selling the 27M2V on Amazon Japan (link: https://www.amazon.co.jp/dp/B0BLYPPT4M). The current theory (link: Overview of sub $900 4K 1000+ zone miniLED monitors : Monitors (reddit.com)) is the panel is the M270QAN07.0 (links: AUO M270QAN07.0 Overview - Panelook.com; Monitor Panel Part Database - TFTCentral), so 576 real zones (32x18).

Cool. Slightly different and newer panel than I was thinking of. And AUO panels are almost always top notch, though we haven’t tested that one yet

BTW: not trying to be that person but…

It of course depends on your intended uses and priorities, but that particular panel is likely not the best choice for higher end photo or video editing due to its relatively low DCIP3 gamut coverage. We generally reccomend 98% for that task.

This is what I saw in the specs if that is indeed the panel they are using.

The 92% DCI-P3 sort of implies they are dithering an 8 bit panel to sort of reproduce a 10 bit signal . Again not a deal breaker in most uses, but potentially for critical editing

OTOH the higher refresh rate (160 hz) would be a plus for gaming.

) and in more general /casual use you wouldn’t likely notice anything.

And yes I obsess a bit about this stuff

You sound like me when it comes to audio equipment. I recently broke down earlier this year and got an endgame IEM: an Elysian Annihilator. No other audio device (not just headphone or IEM but speakers too) on the market comes close and this is having become thoroughly acquainted with HiFiMAN, Sennheiser, AKG, Beyerdynamic and others’ best up through their flagships. Coming from those and hearing the Annihilator was like moving from LCD to OLED. So detailed and lifelike and open and spacious.

I just received 27M2U today and while I can safely say it is a step in the right direction from my Lenovo, it was not without some flaws. Notably, the 27M2U had issues activating the dimming zones correctly. With some letterboxed movie content, in the bars, completely black zones would glow with nothing inside of them. Giving credit where credit is due, it was appreciably better than my Lenovo in contrast and color but not enough to sway me into the fold of the mini LED bandwagon. In fact, seeing just how much the rich contrast and color hops off the INNOCN OLED 15.6"'s display, I will hold off and patiently wait for OLED to become prevalent in the desktop display market.

Sounds like poor firmware possibly. Especially with lower tier manufacturers they significantly underestimate how complex it is to properly do local dimming. I’m certain that is a significant factor in the cost of high end devices like Samsung’s. Not to mention that with HDR video especially, the standards are a bit vague and thus the codecs are a bit whack a mole at present.

And it doesn’t help things at all that different panels work better with some standards such as Dolby vision, but that they correspondingly work worse with HDR10+ and vice versa.

Have I mentioned before that HDR especially on PC’s and related devices is still a clusterF*** ?