Sorry for a bit of cross-posting (form the iPad Mini 6 thread), but I want to encourage like-minded tablet users to pull up everything we can find on the mythical unicorn MacPad. Start your exploration by reading this article from 2017 by Benjamin Bannister. He very closely predicted the need to abandon Intel and the rise of an A series processor for the MacBook (of course others before 2017 had made this connection), but also the evolution of MacOs and iOS (now iPadOS) towards a single device that could do it all.

Hypothetically/speculatively/academically: I wonder what the coding exercise would have to be to add ink/pen/pencil into MacOS?

I doubt iPadOS and MacOS would merge. The economics of a chip powerful enough to run MacOS on the whole iPad line seems overkill even for

, even before dealing with thermals, battery, etc. If I’m right, it means either it won’t happen or that the iPad Pro branch gets beefed up to be the uber portable Mac and you still have to solve for the pencil on Mac.

I wonder what the coding exercise would have to be to add ink/pen/pencil into MacOS?

This to me is the fallacy that Apple hides behind - leave MacOS alone (or at most let touch/pen emulate a mouse there - the reverse of that big dot when trackpad is used in iPadOS) and let the users deal with any inconvenience when not docked or not used with a Magic Keyboard. Maybe (most certainly) I’m crazy in my quest for an 11" tablet that can run desktop software, but even the SP8 gets close (sans the quality of iPadOS software). Even the best hope of bringing Android to Win11 to help fill that gap is still a waste of time when you look at the quality drop off between Android apps and iPadOS apps.

As for thermals, etc., the M1 MacBook Air has pretty much put that to rest, and I don’t think anyone wanting an iPP 11 size device has gaming on their minds. Turn it loose Apple…unleash the Kracken…

What’s ironic is that, in its own way, Windows is accomplishing this with the merger of Windows 11 and Android in one universe long before Apple does. It is a shame that Android is so bad generally.

Maybe (most certainly) I’m crazy in my quest for an 11" tablet that can run desktop software, but even the SP8 gets close (sans the quality of iPadOS software). Even the best hope of bringing Android to Win11 to help fill that gap is still a waste of time when you look at the quality drop off between Android apps and iPadOS apps.

I WANT Windows in the iPad form factor.

I WANT Windows in the iPad form factor.

I don’t disagree, but feel we’re less likely to get a WinPad than a MacPad during our lifetimes…

Just give me a Surface Pro that can run MacOS & Windows. I like both OSes for different reasons.

I would like a dock-able iPad pro 11 that uses iPadOS while a tablet, and when docked switches to MacOS. I imagine it sort of like Samsung’s Dex, but the first tests of the new Mac on arm were made on the A12Z chip, so we know it’s possible to run it. I think maybe in IpadOS mode you wouldn’t have access to all the applications and files, but any files that can be accessed by both OSes would be available to both. Maybe even make the while docked thing optional, so you can still be in IpadOS while using the magic keyboard if you want. IDK how to make it iPad Pro exclusive though without making it available to all iPads that can’t really handle it.

Well I feel silly. I wrote this before I actually read the mini 6 page. So yeah, I agree with dstrauss.

You’re totally okay! If more people say this stuff, hopefully Apple will listen one day and even if it is only one inch of the way there, that’s progress!

Unless the leadership gets completely shaken up, there’s no way Apple offer something where you ‘just have to find a way for it to work’, such as MacOS being offered to run on an iPad (we know it can be done), but with no proper effort or support for it.

With Apple you either get the polish or you don’t get it at all. And if you don’t like their approach to something? Tough luck, you’re using it wrong. Their image is the most important to them and they don’t want their users to experience something not ‘just working’.

It’s an arrogance that has made them the leader in consumer technology, but arrogrance so often leads to hubris.

In my mind a convertible laptop, about 12" in size (I have a now broken 12" macbook that was pretty perfect in size) and MacOS that would convert to touch UI like windows laptops can do now. Add apple pencil support in the mix. A detachable might work as well.

Ability to run full desktop apps as well as those well made iPad apps both would be a killer device in my book. Current lineup is missing touch screens for now. Oh yea, also TB4 support for eGPUs… because I would dock it on my desk here

Is that too much to ask?

You’ll have to ask Timmy

Every time i see this kind of thread…

"Mom and dad were worried that their six year old twin boys had developed extreme personalities – one was a total pessimist, the other a total optimist – their parents took them to a psychiatrist.”

Some of us break things, some of us parse through the manure, and some of us are fated to both…

And if a bit older, Jim Nabors - The Impossible Dream - YouTube. I’m not sure this arrangement was ever used on Broadway, but it should’ve been with the right performer.

@Bishop My mom loves that version

I love that show! This proceeded my life by a good few decades but it aired on Gomer Pyle. One of my favorite episodes is Welsh Rarebit Fiend. 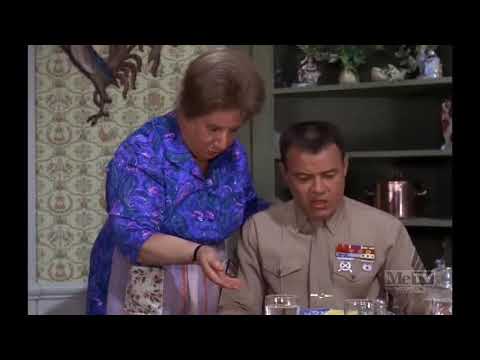